Skull and Bones was supposed to be Ubisoft’s fall title. Unfortunately, the game has been delayed again. What is going on?

In a press release published today, Ubisoft announced that the game is finished: ‘Skull and Bones development has been completed’. However, the recent technical tests have generated a flood of feedback, leaving the developers unsure enough about the current state of the game. The developers indicate that they need extra time to further optimize the Skull and Bones. Obviously to improve the experience for us as players. 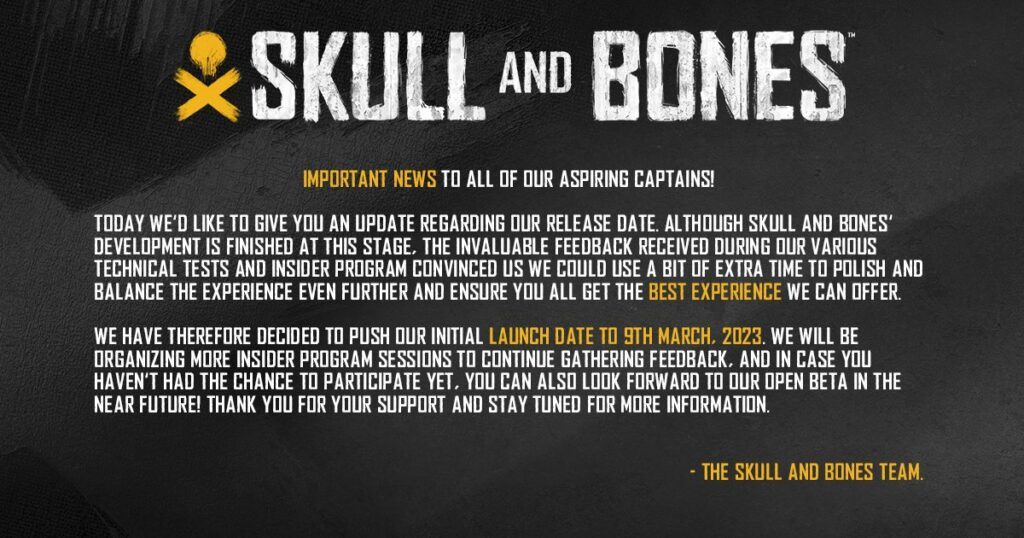 In the same press release, the publisher announces a new release date. Skull and Bones will be released on March 9, 2023. Of course, it remains to be seen whether the game that would actually be released in 2018, 2019, 2020, 2021 will actually be playable in March 2023. In any case, I personally don’t attach any value to this and future Skull and Bones release dates. We’ll see when the game comes out.