The third season of the action drama Tom Clancy’s Jack Ryan (2018– ) has been given a release date. The new series will be released on Prime Video this year.

Jack Ryan is a character by American thriller writer Tom Clancy, who was played before the Prime series by actors such as Ben Affleck (The Sum of All Fears) and Chris Pine (Jack Ryan: Shadow Recruit). When Ryan (in the series played by A Quiet Place creator John Krasinski) in the first season as an inexperienced CIA analyst encounters a number of suspicious money transactions, he is dragged to the Middle East by his superior. A terrorist leader appears to be preparing a major attack against the United States and its allies.

Jack Ryan on the run

The first two seasons did well enough to warrant a third season, which will be filmed sometime in 2021. In fact, we don’t have to wait long for the release date of season four, which went into production last February and will conclude the series. In the upcoming third season, his daring investigation into an international conspiracy makes Ryan a fugitive, followed by not only the conspirators, but also the same organization that trained him: the CIA. 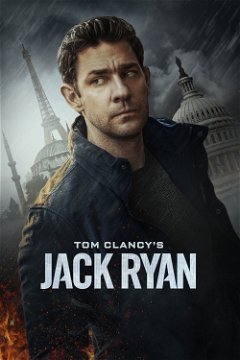 Jack Ryan’s third season will be available to stream on Prime Video on December 21. Meanwhile, we are waiting for an official trailer that will undoubtedly clarify more. You can check out the full streaming overview of the service here: