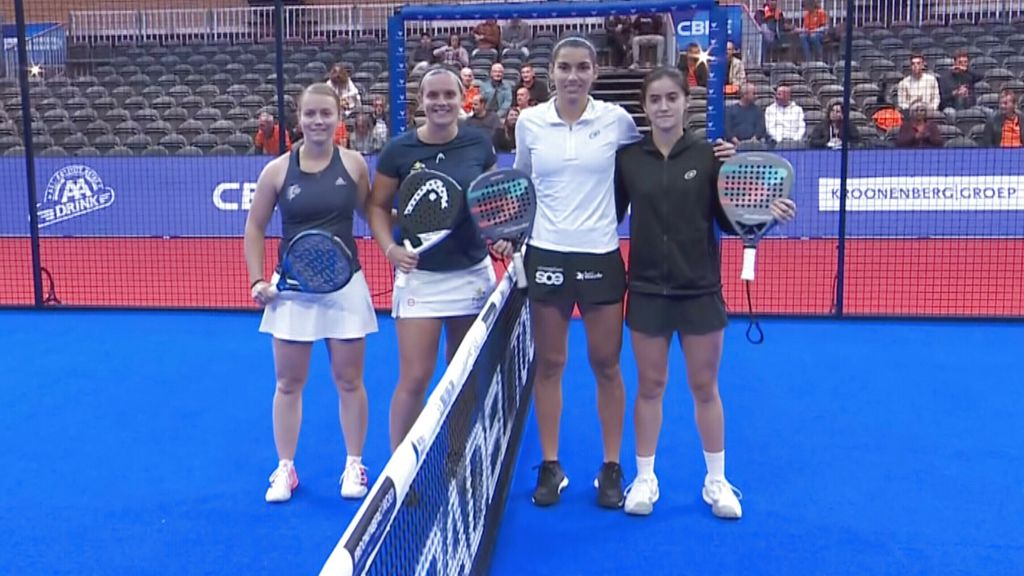 The Amsterdam Open is currently the major padel tournament in the Netherlands. If you take a look at the schedule, you quickly come to the conclusion that there is still a world to be won for the fast-growing top-level sport. The surnames of the participants sound mainly Southern European or South American.

“Spain and South America are still ahead, but the rest of the world is catching up,” said tournament director John van Lottum. He used to be a professional tennis player, but has now completely devoted himself to padel.

“The Netherlands is a small padel country that wants to become a big padel country. Then the arrival of such a big tournament (the world top is present for both men and women) is very important. Dutch padel is now moving from anonymity at associations to television screens around the world.”

There are four participating couples from the Netherlands (two for the men and two for the women), they were given access to the main tournament in the Central Market Hall by means of a wild card.

“It is difficult for us to play full-time, because we just have a job next to it. But it is interesting to see what we can do against the world’s best,” says Milou Ettekoven, who is a physiotherapist in daily life.

She is Dutch champion with Tess van Dinteren, who has her own padel school. “The ladies who come here are just busy day and night with their own padel career, which is something different from what we do,” says Van Dinteren.

Ettekoven and Van Dinteren therefore lose 6-1, 6-2 in the first round to the Argentine sub-toppers Claudia Fernandez and Julieta Bidahorria.

Van Lottum: “We knock at the door, but the door is very open.”

Not everyone is enthusiastic about padel: ‘Sound all day long’

Padel is a major sport in countries such as Spain, Argentina and Mexico, but it cannot count on international recognition yet. That may change next year, when padel is on the program of the European Games in Poland.

“Yes, that is really very good news. It doesn’t surprise me either,” says Van Lottum. At the 2028 Olympics, padel wants to be a demonstration sport and a real Olympic in 2032. “The sport is growing so fast. There are too few jobs around the world for the number of players.”

Padel is an Olympic sport, Van Dinteren agrees. “I also think it’s a sport that belongs at the Olympics. We will have to work hard to be able to be there.”