Workers with Afore accounts have begun to receive their account statements from their administrators and have detected that they have less money compared to previous months. In social networks, they have expressed their concern about the drastic reductions in their savings

“My Afore account statement just arrived and I don’t know whether to laugh or cry,” says one of the messages on Twitter.

various workers report drastic drops of 10% or more in their balances, so in a year they have less money registered in their account for retirement.

“My account statement arrived and in one year I lost 17 thousand pesos. Incredible that instead of winning I lost in the Afore,” says another of the messages.

On the subject, the Mexican Association of Afores (Amafore), reminded the workers that the abrupt movements observed in their balances are a consequence of the losses that have occurred in recent months due to the volatility in the markets caused by the war between Russia and Ukraine, the global inflation scenario and the adjustments that the central banks are making to contain the increase in prices. 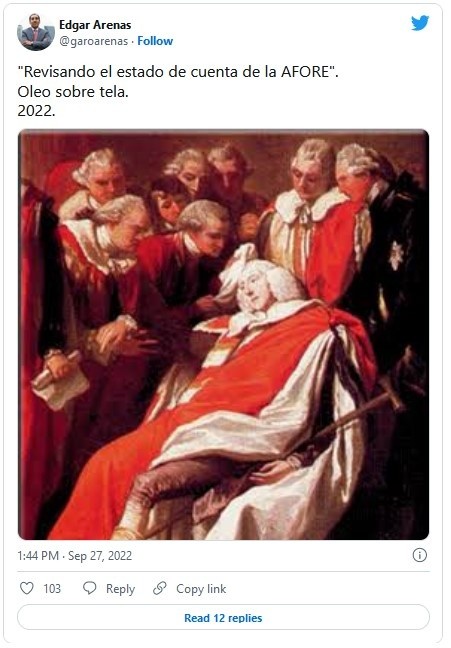 “In most of the Afore account statements that the workers will receive during these days, negative movements can be observed in the yield column, regardless of the administrator in which they are found,” the agency said. 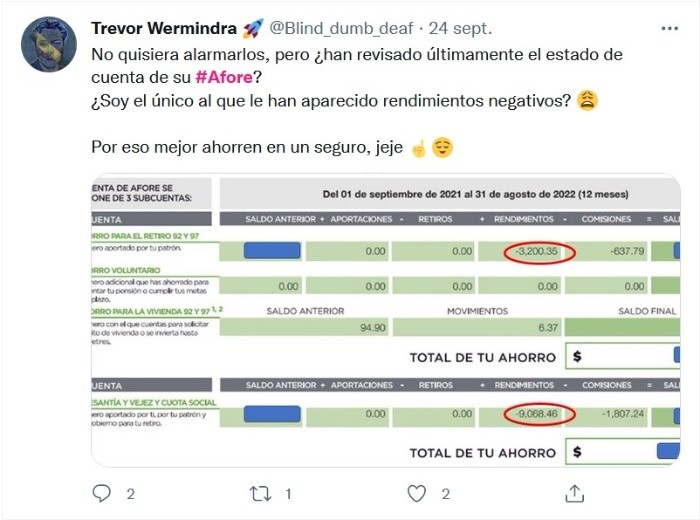 Given this, the Amafore explained that losses or capital gains are natural movements presented in workers’ savings accounts due to changes in the prices of assets in the financial system. The balances reported in the Afore accounts they are equivalent to the current market value, not to what they will actually have at maturity.

“My account statement arrived and in one year I lost 17 thousand pesos. Incredible that instead of winning I lose in the Afore”

“Disabilities are temporary. We can assure you that your Afore is working so that, when you retire, you have more resources than you contributed to your account. Retirement savings is a long-term investment. Abrupt falls or rises in markets do not imply definitive effects on workers’ savings,” he asserted.

In this sense, he recalled that Afore change should be avoided at this time, since if the movement is made, the loss is effective. 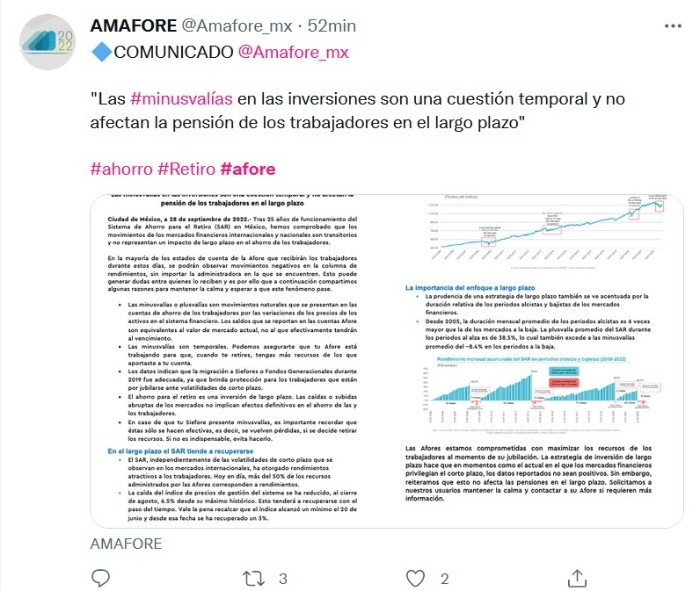 “The fall in the system management price index has been reduced, at the end of August, by 6.5% from its historical maximum. This will tend to recover over time. It is worth emphasizing that the index reached a minimum on August 20 June and since then it has recovered 3 percent,” Amafore said.

Last August, the Afore presented losses for 71 thousand 58 million pesos. In the accumulated from January to August 2022, the losses in the savings of the workers accumulate 304 thousand 657 million pesos.