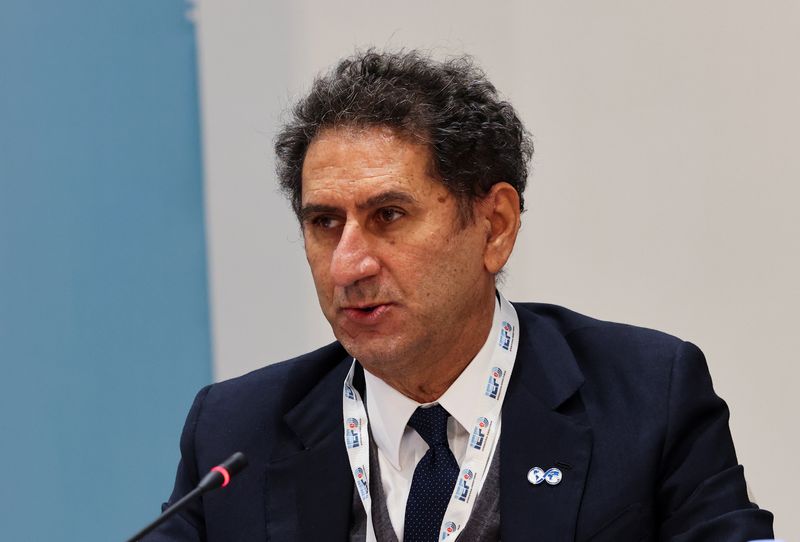 TOKYO, Sept 27 (Reuters) – The Ukrainian crisis is likely to accelerate the transition to greener fuels in the medium term, as greater use of renewable energy can help improve the environment and ensure energy independence, said the director of the International Renewable Energy Agency.

The use of fossil fuels could increase in the short term to guarantee a stable supply, but the risks for the stability of energy supply highlighted by the Russian invasion of Ukraine would favor the abandonment of polluting fuels worldwide, said the director general of IRENA (as the agency is known by its acronym in English), Francesco La Camera.

Moscow calls its actions in Ukraine a “special military operation.”

“In the very short term, the concern of governments is to provide energy to their citizens,” La Camera told Reuters in an interview on Monday, saying some countries are making use of everything they have, including aging coal-fired power plants. .

Germany is delaying planned closures of some coal plants, while the UK is turning to old coal plants as a “last resort” in case other sources can’t provide enough electricity through the coming winter.

“But in the medium and long term, the Ukrainian crisis will mean an acceleration of the energy transition because governments finally realize that betting on renewables is not only good for the environment, employment and GDP, but also for guarantee greater energy independence,” he said.

“Renewables are the most competitive way to produce electricity today,” he added.

The global energy crisis has also sparked a renewed interest in nuclear power. Governments across Europe and Asia are extending the life of their aging nuclear power plants, restarting reactors and dusting off plans to resume projects shelved after the 2011 nuclear crisis in Fukushima, Japan.

“Generally speaking, nuclear power is not the best option because of cost, safety concerns and because the contribution they could make will come too late,” La Camera said, referring to the time it takes to build a new nuclear power plant.