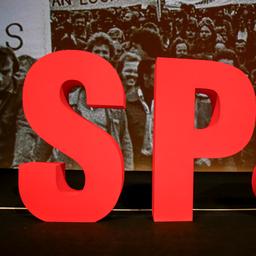 Something must be done as soon as possible to help the growing group of Arnhemmers who are on the brink of water due to rising inflation and record high energy prices. Waiting until next year, when the government’s support plans come into effect, takes too long. “A lot of people can’t wait any longer.”

That says Gerrie Elfrink, party leader of the SP in Arnhem. The party, with 2 of the 39 seats in the city council, comes with a ‘social emergency plan’ of twelve points. The SP thinks that the city council is taking too little action. That does not seem to see at all how Arnhemmers are getting into trouble because of the increased bills, how the sports club is struggling and how the Arnhem baker threatens to close its doors.

The SP wants more people to be compensated for the increased prices of gas and electricity. The existing scheme for people with low incomes must be expanded, says Elfrink. Local housing tax must be reduced, the price increase of an ID card must be stopped. He also wants a refund of the waste tax.

Bad, ‘energy-guzzling’ houses must be urgently refurbished, associations and local companies receive extra support in the SP plan. The party also wants to reverse the tax cut for homeowners. “Absurd that the real estate sector of this city council has to pay less, but the taxes for people are increased,” says Elfrink.

The SP proposes to finance the plan with money that is now reserved for the renovation of Stadstheater Arnhem. More than 60 million has now been earmarked for this. ‘Megalomaniac’, says Elfrink. He wants to renovate the theatre, but not for that much money.