The message came unexpectedly, like a ray of sunshine on a dark rainy day: cyclist Milan Vader is returning to the professional peloton.

Six months ago, he was in a coma for twelve days after a horrific crash in the Tour of the Basque Country. The diagnosis: eight ribs broken, spine broken in eight places, broken shoulder, collarbone, eye socket and cheekbone. He even skimmed the brink of death through a ruptured and constricted carotid artery.

On Tuesday, Vader will make his comeback in the six-day Cro Race, also known as the Tour of Croatia. Not one of the most prestigious appointments on the cycling calendar. One of the most photogenic by the way, with beautiful pictures along the Dalmatian coast.

It feels like your comeback is coming sooner than expected?
“That’s right,” Father says with a chuckle. “I don’t think anyone expected this at Jumbo-Visma either. And the doctors certainly didn’t. But I was like: it would be very nice if I could still race this year. I did everything I could.”

In May you were actually still at the beginning of your rehabilitation. How have the past months gone?
“I don’t think I was even allowed to cycle outside then. It was really uncertain for a long time whether I would ever be allowed to race again, because of the stent in my carotid artery close to my brain and the blood thinners I had to take. At some point, the doctors, the crew and everyone involved decided, ‘It’s an acceptable risk. Just go for it.'”

View the report by reporter Steven Dalebout of May 22, 2022 below. 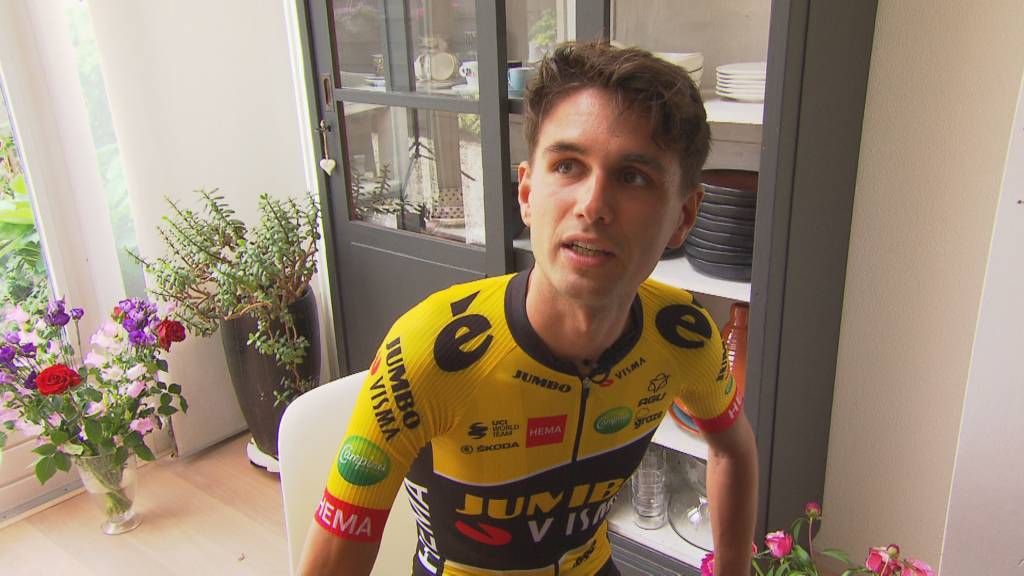 Vader is slowly recovering from terrible crash: ‘The question was whether I was going to survive at all’

“On June 2 I made my first ride outside. A very short ride of an hour along the Zeeland waters. My father went with me, because they thought it was still exciting at home. I thought it went well, but I couldn’t look back yet My back had been broken and still very stiff. I couldn’t do anything with that yet. But I mainly thought: there is a shot in the case, I can continue with this.”

“After that I worked a lot on my rehabilitation in Eindhoven. A lot of strength training and little cycling. The team said: ‘First we have to get your chassis in order and then we will only load you on the bike.’ Pretty soon we saw my weight go up, and the rides I made were getting better and better.”

Then you spent almost nine weeks in Spain?
“I wanted to go to Spain on my own. I have an apartment near El Canteo, near Alicante. I went with my girlfriend and little distraction: just train, eat, sleep. Actually it got better every week. “

I don’t know where the ceiling is. I hope to go through the same process as Fabio Jakobsen. It certainly hasn’t gotten any worse.

“At one point I did a few tests and then my trainer Tim Heemskerk (also the trainer of Jonas Vingegaard and Tobias Foss) said: ‘Well it actually looks good. I think you can ride Croatia.'”

“I’ve known Tim since 2012, I think. He has always been my trainer as a mountain biker. Actually, I’ve never had another trainer. That was also nice in this whole process.” 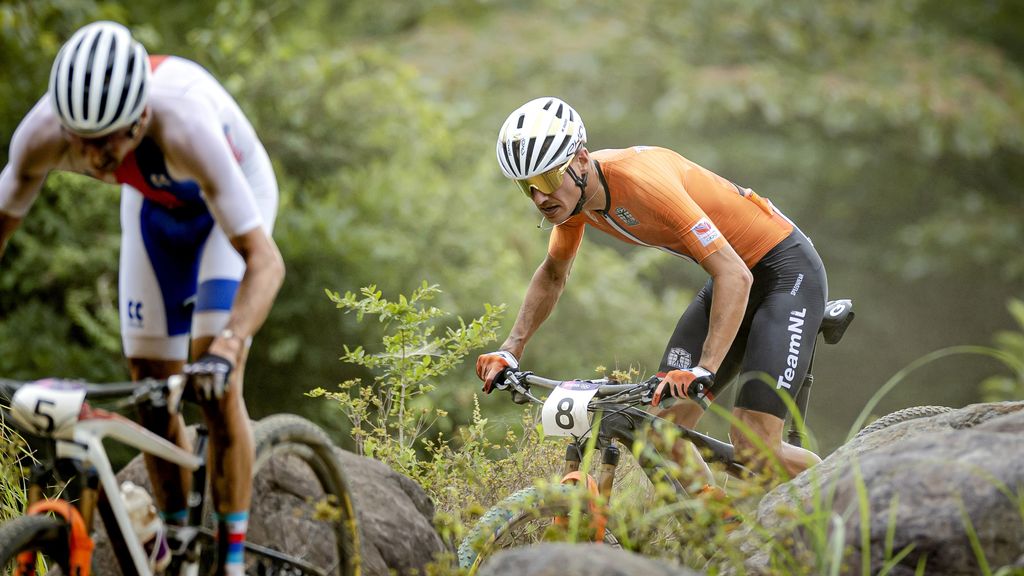 Milan Vader during the mountain bike race at the Tokyo Olympics

Did you first visit the hospital in Bilbao before returning to the Netherlands?
“At home we had discussed it: would you like to go back? I don’t need to go to the site of the accident, but I wanted to see the place where the recovery started and especially thank the people.”

“I was there for three weeks, but of course I never saw that hospital myself. I was in a coma. So when I walked into the hospital, I even called my girlfriend where to go. I couldn’t quite get out, so I just walked to a descent. ‘Is this the intensive care unit,’ I asked. She said, ‘No, but who are you coming for?’ “For no one, I’ve been lying here myself.” ‘Oh’, said the lady then, ‘you are that cyclist!'” 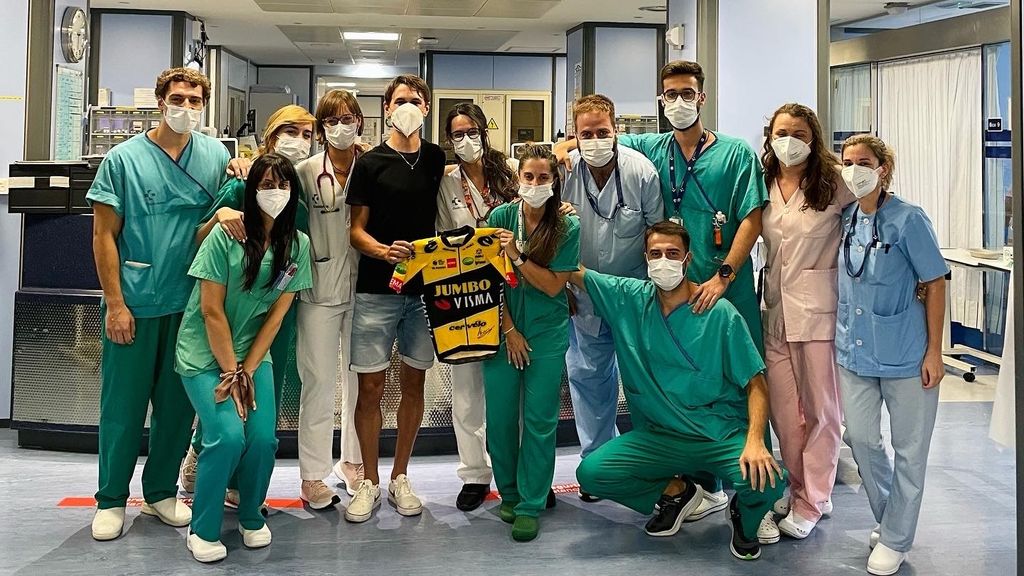 “She took me to the ICU and I stood there chatting with those people for a long time. Doctors and nurses came from all over to ask how I was doing. And also how my parents were doing, because they are there too. been every day for three weeks. I brought a shirt to thank them and we took a picture.”

“It was really crazy. We stood there chatting a bit and nobody had the feeling: come, I have to get back to work. If I hadn’t gone myself, we would have been there for another half an hour. They took really the time for that, that gave a very special feeling.”

The Cro Race is also Jonas Vingegaard’s first race after his Tour victory. How did you experience the Tour?
“I’m guessing that Jonas will also attract some attention. I enjoyed the Tour. You could see that it is a real team performance. From Nathan (Van Hooydonck) to Wout (van Aert), everyone has contributed .”

July 5, 2022: Milan Vader talks about his rehabilitation in the Evening Stage

“Even if the TV was not on, I knew who had won. Then the group app exploded again. Through the app I also had regular contact with riders during the recovery. That way I stayed involved. the team car during the ZLM Tour. And in the Vuelta I went to the time trial, because it was in Alicante. That way you stay connected.”

What do your next weeks look like?
“After the Cro Race, the calendar stops a bit. A mountain bike race in Greece is still planned in October. But how exactly we will organize it also depends a bit on Croatia.”

“Don’t expect any results from me yet. I’m going to try to finish the Cro Race and where possible contribute to the team. It’s especially nice to be able to race again this year, then at least you have the feeling like you’ve had another season.”

“Next winter I will go to Spain to train. It no longer feels like rehab, more like training to the level I had. And preferably something better. I don’t know where that ceiling is. I hope to go through the same process like Fabio Jakobsen. He has certainly not gotten any worse.”