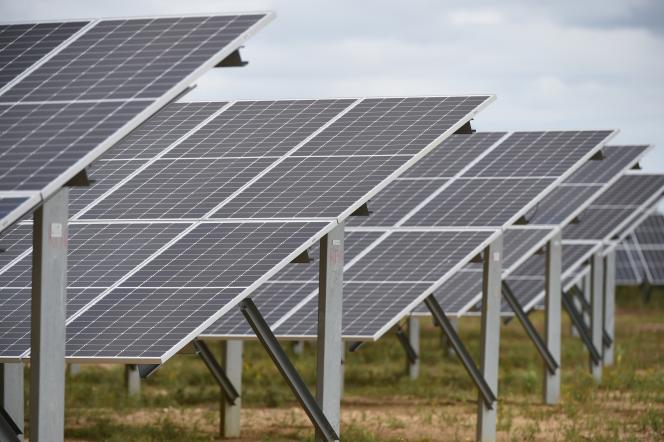 France is still not on the right trajectory. In 2021, renewables represented only 19.3% of gross final energy consumption, well below the target of 23.7%. And the trend should not be reversed this year. “We have a very strong slowdown in onshore wind power in 2022, because there have not been enough authorized projects, regrets Alexandre Roesch, the general delegate of the Renewable Energies Union. We are going to stall when we should be accelerating…”

The observation of poor French performance in the deployment of renewables compared to other European countries is not new. At sea, the first 80 wind turbines are being commissioned off Saint-Nazaire, while Europe already has 5,700. On land, Germany has installed four times more masts than France , while its territory is denser. “Our neighbors have done more, often better, and above all faster,” admitted Emmanuel Macron, Thursday, September 22, during his trip to Loire-Atlantique.

To catch up with European partners, the president now intends to go “much faster”, in particular by shortening the time required to obtain authorizations. France is not late for lack of projects but “because of our administrative and litigation procedures”, advances the Minister for Energy Transition, Agnès Pannier-Runacher.

If there is indeed a French delay, the problem of issuing permits “is not specific to France”, assures Harriet Fox, energy and climate analyst at the think tank Ember and author ofa study on the subject published in July. “When we look at the time it takes to grant authorizations across the European Union, France is in the middle of the ranking for wind power, and rather low for solar power. »

“The slowness of the authorization process is really a problem for all Member States, agrees Diana-Paula Gherasim, researcher at the Energy and Climate Center of the French Institute for International Relations. One of the big concerns is the lack of transparency: it is very difficult to know how many projects are blocked in France or Romania, and for what reasons. There is no common indicator… However, that would be very important. »

Read also: Article reserved for our subscribers “Citizen projects”, a lever to accelerate the development of renewable energies

Today, the EU provides for a maximum period of two years to issue the necessary authorizations for a new renewable installation. In fact, among the eighteen countries analyzed by Ember for onshore wind power, none respects this limit set by a 2018 directive. The deadlines are sometimes up to five times longer. For solar, it takes twelve months in Lithuania, but forty-eight in Croatia. Of the twelve countries studied, only three respect the two-year limit.

You have 36.81% of this article left to read. The following is for subscribers only.