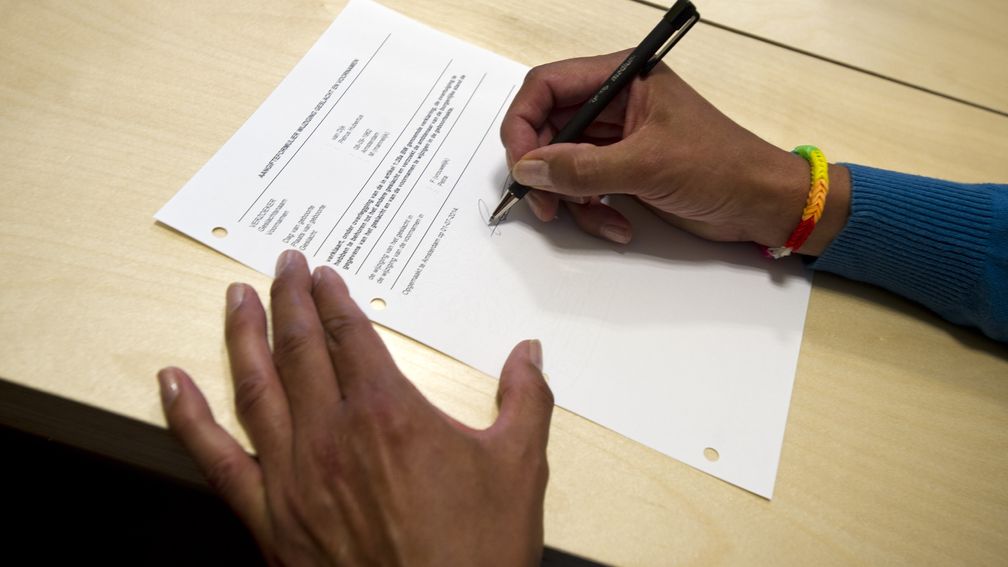 It seems to be exciting until the very last moment whether the amendment to the transgender law that is being discussed in the House of Representatives today and tomorrow will receive enough political support. A tour shows that many parties do not yet know whether they are for or against.

Groups express their doubts and concerns to the NOS, or do not yet express themselves at all. Parties such as VVD and CDA, but also, for example, Denk and SP say they have doubts. Before the debate starts, they want to consult internally in the group.

When the law is passed, someone will soon be able to decide for themselves whether they want a V or an M in their passport. Without an expert first judging whether there really is a lasting conviction to change gender, as is still necessary. When the previous cabinet introduced the bill, there seemed to be enough support. But parties are now struggling with the changes.

D66 is in favor of the law. According to MP Van Ginneken, the correct letter in the passport contributes to the well-being and safety of transgender people. In addition, according to her, it is a good thing if the psychologist takes a break. “A recognition for the fact that trans people are not psychologically unstable and are quite capable of making their own decisions,” she says.

According to Van Ginneken, the current state of affairs goes against the fundamental right to self-determination. “People absolutely do not need a psychologist to determine who they are. Psychologists themselves say that too. It is high time that we finally delete the superfluous expert statement from the law.”

JA21 MP Pouw-Verweij doubts that. She points out that a lot is now changing in the field of care for young people and there are huge waiting lists. Due to the waiting lists, people often already switch to a social transition before a biological transition. Now pushing through this amendment to the law without sufficient guidance makes it more complicated, she says. She is afraid that young vulnerable people will only become the victims of this.

She is also concerned about the impact the law will have on women. Trans women pose no risk, she thinks, but abuse of men who can more easily register as women does. They can more easily find themselves in situations (changing rooms, toilets) where women can be disadvantaged. “The stories that things can go wrong have been anecdotal so far, but we need to look closely at this.”

Van Ginneken (D66) sees that such problems do not arise in countries where people can already decide for themselves about their gender registration. “Sexual harassment of women is a big problem that I like to fight against, but gender registration rules have nothing to do with it.”

The SP sees that the amendments to the law “meet” a need, but also has questions and concerns. According to spokesman Van Nispen, the party hopes to get an answer to this in the debate.

PVV leader Wilders gave last week during the General Considerations to see nothing in the plans. He thinks it is “total madness” that “a 16-year-old child” can say without consulting a doctor or psychiatrist: “I am no longer a boy, but a girl”.

The opposition parties JA21, Forum for Democracy, Groep van Haga and SGP are also against. And that also applies to coalition party ChristenUnie. That party is afraid that the proposed amendment to the law could give young people a ‘push’ to make use of the option to change the gender in their passport, while there is insufficient care for this, such as the still mandatory interview with an expert.

So far, proponents of the changes have been D66, GroenLinks, Party for the Animals and Volt. The other eleven groups have not yet announced their considerations.

“This discussion has already been heated, especially online. It is now the House of Representatives’ turn to do so. The fact that it is already being discussed fiercely in society is clearly noticeable in The Hague.

Parties that usually indicate more easily that they are leaning for or against these kinds of topics now say nothing at all and refer to the group meeting where the stakes for the debate are determined. This shows that the subject is sensitive, also within the parties themselves. So it’s exciting until the last minute.”