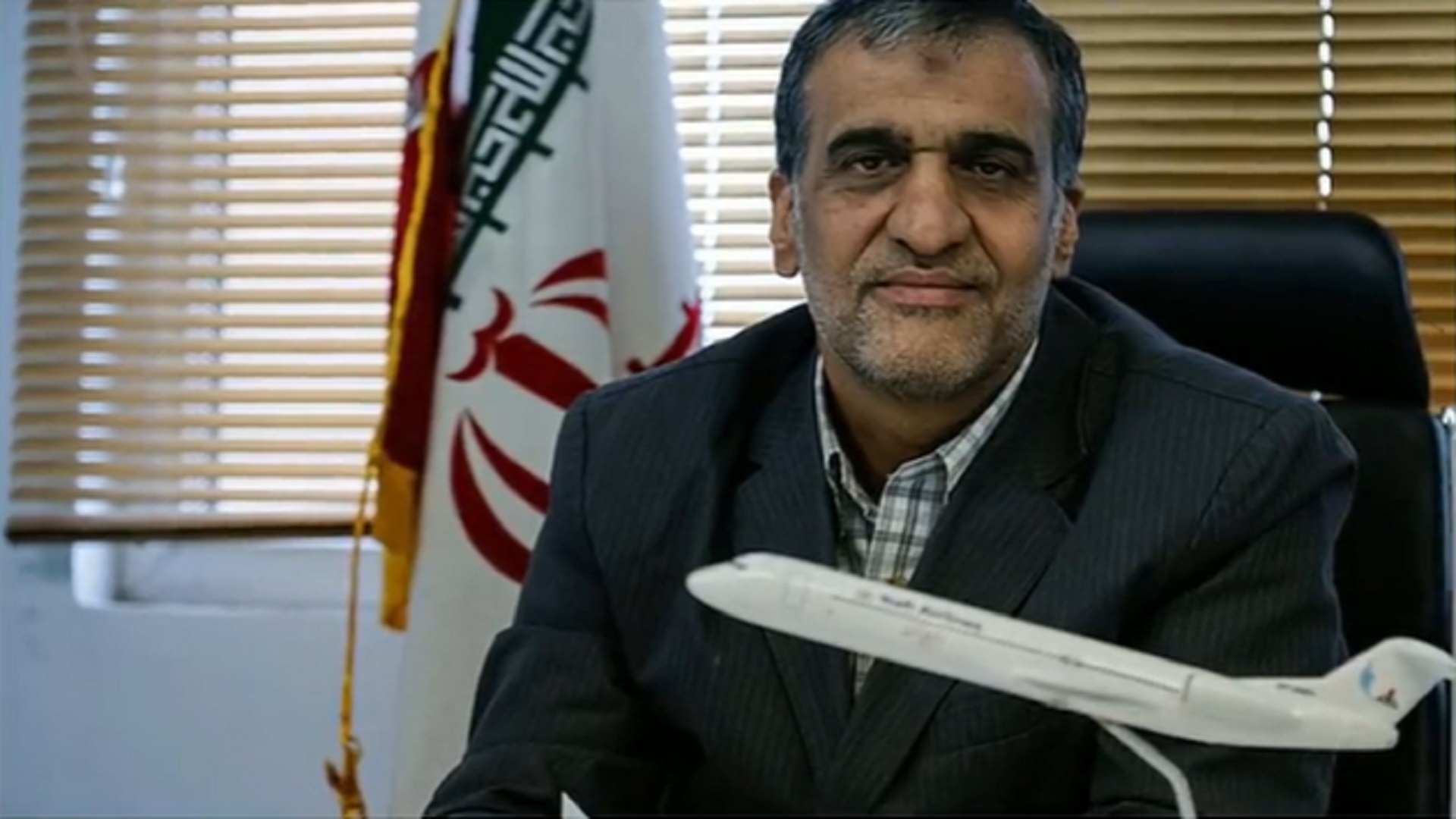 Almost four months after the arrival of the Emtrasur plane in Buenos Aires, federal judge Federico Villena began with the investigations of the crew members who are still being held in the country. This morning ended the statement of the two Venezuelans cited: Víctor Manuel Pérez and Mario Arraga Urdaneta. Meanwhile, the investigation of the three Iranians mentioned was scheduled for today but was postponed for security reasons.

“They answered questions to clear up doubts about an alleged operation linked to terrorism, they are good people, they are aviation workers. They explained the details of the flight to Buenos Aires and highlighted the seriousness of Uruguay’s decision to revoke their permission to load fuel,” a source from the investigation told Infobae.

The two Venezuelans are suspected of a series of financial irregularities linked to the cargo of the plane. When he had to justify the ban on leaving the country, Villena mentioned opening bank accounts in Panama and Singapore, used to collect part of the money for the transfers.

In addition, the Justice seized a note from Pérez Goméz addressed to Samir Maklad, who “would be a person who could be linked to Hezbollah and who, according to open sources, the Maklad family could be the owner of the Santiago Mariño Airport in Nueva Esparta, located in the Bolivarian Republic of Venezuela.

According to the DAIA complaint, these five crew members are suspected of having participated “in a legal commercial operation in order to obtain money and/or goods with the intention of being used or knowing that they will be used in whole or in part to finance to organizations considered terrorists.

In the case of pilot Gholamreza Ghasemi, the most valuable evidence against him remains the FBI report linking him to the Iranian Revolutionary Guards Quds Force (IRGC-QF) and Hezbollah. “The Quds Force has had a long history of supporting Hezbollah’s militia, paramilitary, and terrorist activities, providing leadership, funding, weapons, intelligence, and logistical support. The Quds Forces operate a training camp for Hezbollah in the Bekaa Valley in Lebanon and have reportedly trained more than 3,000 soldiers at the Revolutionary Guards’ headquarters in Iran,” the report noted.

The DAIA also assessed the content of the photos and videos found on Ghasemi’s cell phone. “Ghasemi’s professional and commercial background does not seem compatible with the activity that he claims to have developed in the Boeing in question. It contradicts the logic that a person with his expertise and hierarchical positions in different companies, comes to Argentina transporting an irrelevant load of auto parts -freight that, in addition, is unprofitable- and, although it is claimed that he acted as an instructor for the Venezuelan crew, It is worth emphasizing that, although this ‘excuse’ was heard for the first time from our Secretary of Intelligence – Agustín Rossi -, there was no paper on the aircraft at the time of arrival that would account for said purpose, which is internationally mandatory “, says the brief presented in the played Lomas de Zamora.

The other two Iranians summoned for questioning are Abdolbaset Mohammadi and Saeid Valizadeh. 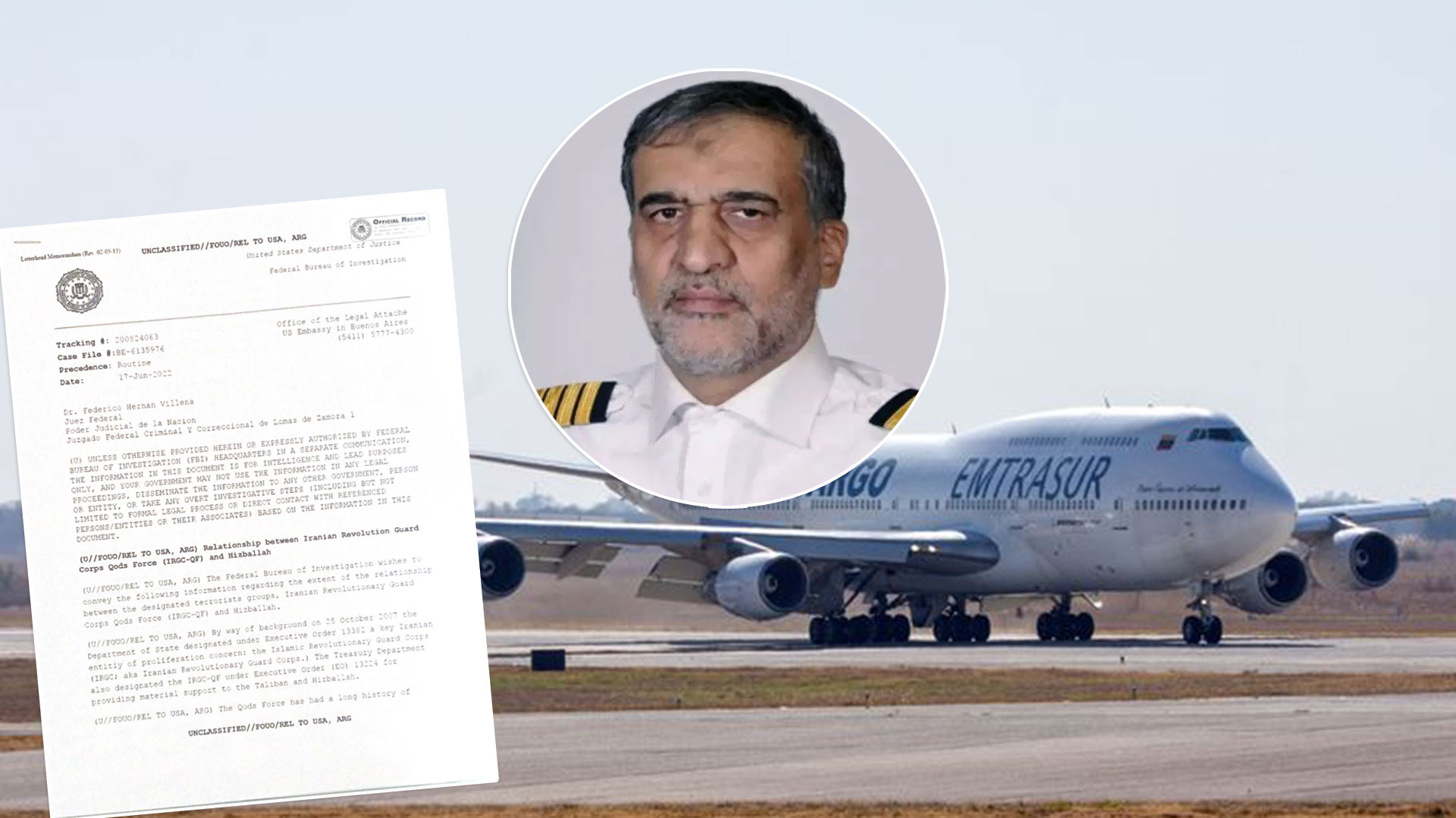 Yesterday, the federal prosecutor Cecilia Incardona ratified through a brief opinion the continuity of the investigation and maintained that the term imposed by the Federal Chamber of La Plata of ten days, which expired this Tuesday, should only be applied to define the exit ban from the country of 7 of the 19 crew members.

Two weeks ago, when authorizing the departure of 12 crew members from the country, the Chamber had maintained that “all pending proceedings, the definition of the procedural situation and the restrictions imposed on people and things must be resolved by the judge of first instance, within a period of ten days, which will be computed from the time this file is returned to the instance of origin”.

The situation of the plane is processed in a separate incident. A month ago, Judge Villena granted the request of the United States Justice to seize the Emtrasur plane for the unauthorized transfer between Mahan Air, an airline linked to the Revolutionary Guard and the Quds Forces, and Emtrasur. That decision was ratified by the Chamber of La Plata and has now been appealed to the Cassation Chamber by the lawyer Maximiliano Rusconi.