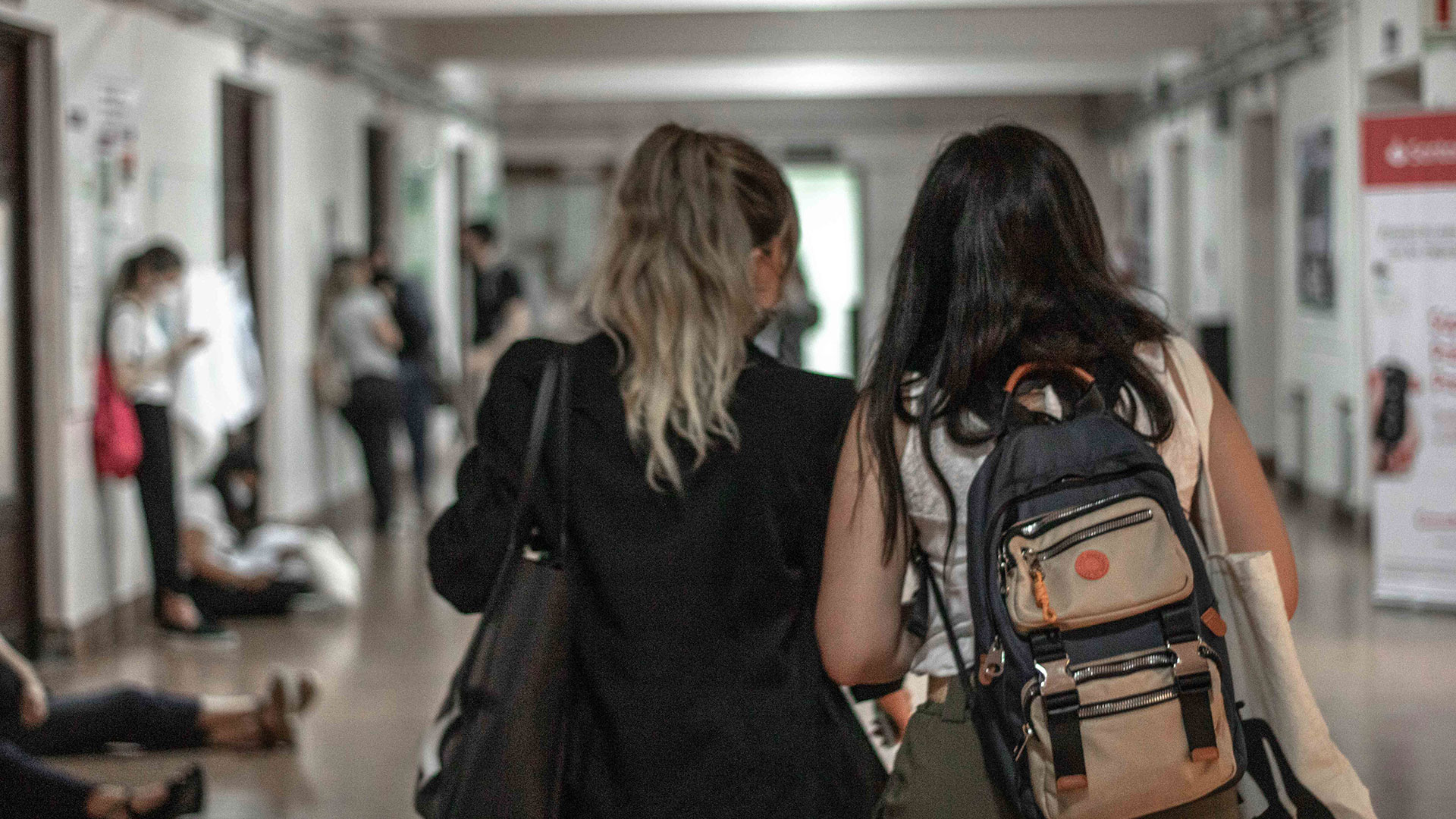 Today is celebrated on Student’s Day in the country

As the end of the year approaches, the question flies among the students who are about to finish high school: “What do I study? What career do I sign up for next year?” In general, it is usual that at that age it is not clear. Official data confirms this: 22.7% of students change careers in their second year of study. 9.9% turn to a totally different offer and another high percentage ends up leaving the university.

In the United States and some European countries, transversal subjects are taken in the first years of university, common to different disciplines. The moment of specialization comes later, when choosing a postgraduate degree. A few days ago, a private university, that of CEMA, announced an initiative in this sense, with the Bachelor of Liberal Arts and Sciences, which will be launched in the next school year and is aimed precisely at students who are still undecided, but it is just a first experience.

For this reason, for the purpose of Student Day, Infobae prepared a list of five little-known university careers, which are far from the traditional ones, but which have strong demand in the labor market and salaries above the average:

Last year, the University of Buenos Aires launched a career that came to cover a strong professional demand: the Bachelor of Data Sciences. In a short time, it attracted strong interest, to the point that today they already have 500 students with approved CBC, taking the degree. Although they clarify that more experts are still needed in the field.

The career, with CBC included, lasts 5 and a half years. The curriculum has a high mathematical and computational component, with subjects such as: Analysis, Algebra, Algorithms and Data Structures, Probability, Statistics and Differential Equations. “Regarding the profile of the graduate, they will have a great capacity for solving problems through mathematical modeling and programming, a great capacity for abstraction and data analysis, as well as developing logical reasoning and critical thinking,” they add in the Faculty of Exactas.

Graduates will fill positions in mathematical modeling, computing or big data that today find a wide salary range, between 200,000 and 400,000 pesos. The degree is also available at the Technological Institute of Buenos Aires (ITBA), under the name of Bachelor of Analytics and lasting 4 years, and at the 21st Century University. Shorter courses are also offered at informal education institutions.

The race gained public notoriety last year due to an Infobae note that reported a deep shortage of professionals. Interestingly, the Bachelor’s Degree in Marine Propulsion Plants, which is only taught at the National Defense University, heads the ranking of the best-paid careers in the country for recent graduates, according to a survey carried out by Daniel Schteingart, director of the Center for Studies for Production (CEP XXI) at the beginning of 2022, which showed that the median salary -eliminating the lower and upper extremes- was 434,606 pesos.

However, despite these salaries, between 2016 and 2018 the program only had 20 graduates. Most of the job opportunities are in shipping companies. The National Nautical School only receives cadets under 24 years of age who, after receiving the naval title as machinists, receive the diploma of “Bachelor of Marine Propulsion Plants”, which in turn leaves the graduate at the gates of becoming an engineer. mechanical or industrial.

As it was said, due to the lack of ship drivers, the labor exit is immediate. The promotion system is related not only to seniority in the profession but also to the days of sailing accumulated between each promotion exam. In case of choosing to embark on ships of other flags, salaries are paid in foreign currency, which makes them higher than those obtained in the local market. 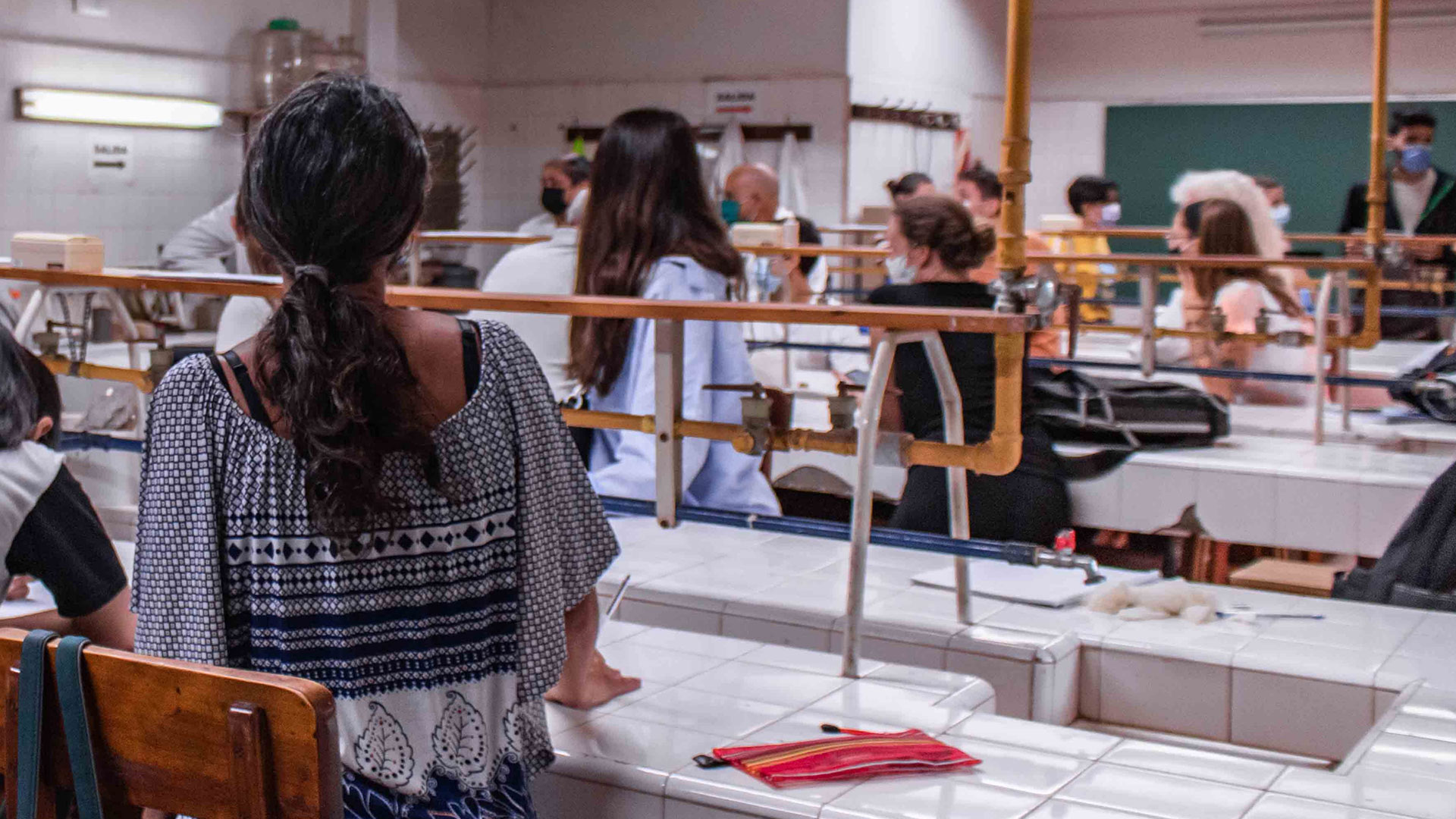 Geophysics is one of the highest paying careers today

Another little-known career with low enrollment that makes up this ranking is Geophysics. The discipline is available only at the University of La Plata and San Juan. The main demand is in the energy sector, with YPF in the lead, and in scientific research with a median salary of 178,825 pesos for recent graduates at the beginning of this year.

Geophysics studies the phenomena of the Earth from the center to the solar system from a physical point of view: it analyzes how the planet is composed, what its interior is like, the field of gravity, the geomagnetic field, why earthquakes occur, the northern lights, volcanoes and other natural phenomena. But the race also has a component of development and application of techniques to detect and exploit natural resources such as hydrocarbons, groundwater and minerals.

The career at UNLP consists of five years. The first three are for training in mathematics, physics and geology. Once that base is completed, it does give way to the specific subjects of geophysics such as geodesy, seismology, geomagnetism and aeronomy, gravimetry, atmospheric physics, among others.

It is popularly known as meteorology. The career has the singularity that it has full employment. That is, every student will get a job for sure once they graduate and even before. What happens is that there are very few students: less than 200 in the entire country and the number of graduates per year can be counted on the fingers of one hand.

The career of Atmospheric Sciences or Meteorology is available at the UBA, at the University of La Plata and the National University of the Comechingones of San Luis. The degree lasts 5 years and is extended one more by the CBC in the UBA. “Before, the career was Meteorological Sciences because it had application only in the National Meteorological Service (SMN) and in aviation. Now it is Atmospheric Sciences because it is much more comprehensive. Branches such as water resources, agriculture, impacts of climate change, issues of interaction between the atmosphere and the oceans, and issues related to health were opened”, Álvaro Scardilli, president of the Argentine Center of Meteorologists (CAM).

During the course, the student comes across subjects such as dynamics of the atmosphere, numerical calculation and convection and cloud microphysics. When the end of the degree is near, the students specialize in some of the branches: agrometeorology, pollution, climatology, climate change, storms and severe phenomena. Salaries in the private sector are “high”, although in the SMN -the main source of work- they should be higher due to the specificity of the discipline, according to Scardilli. 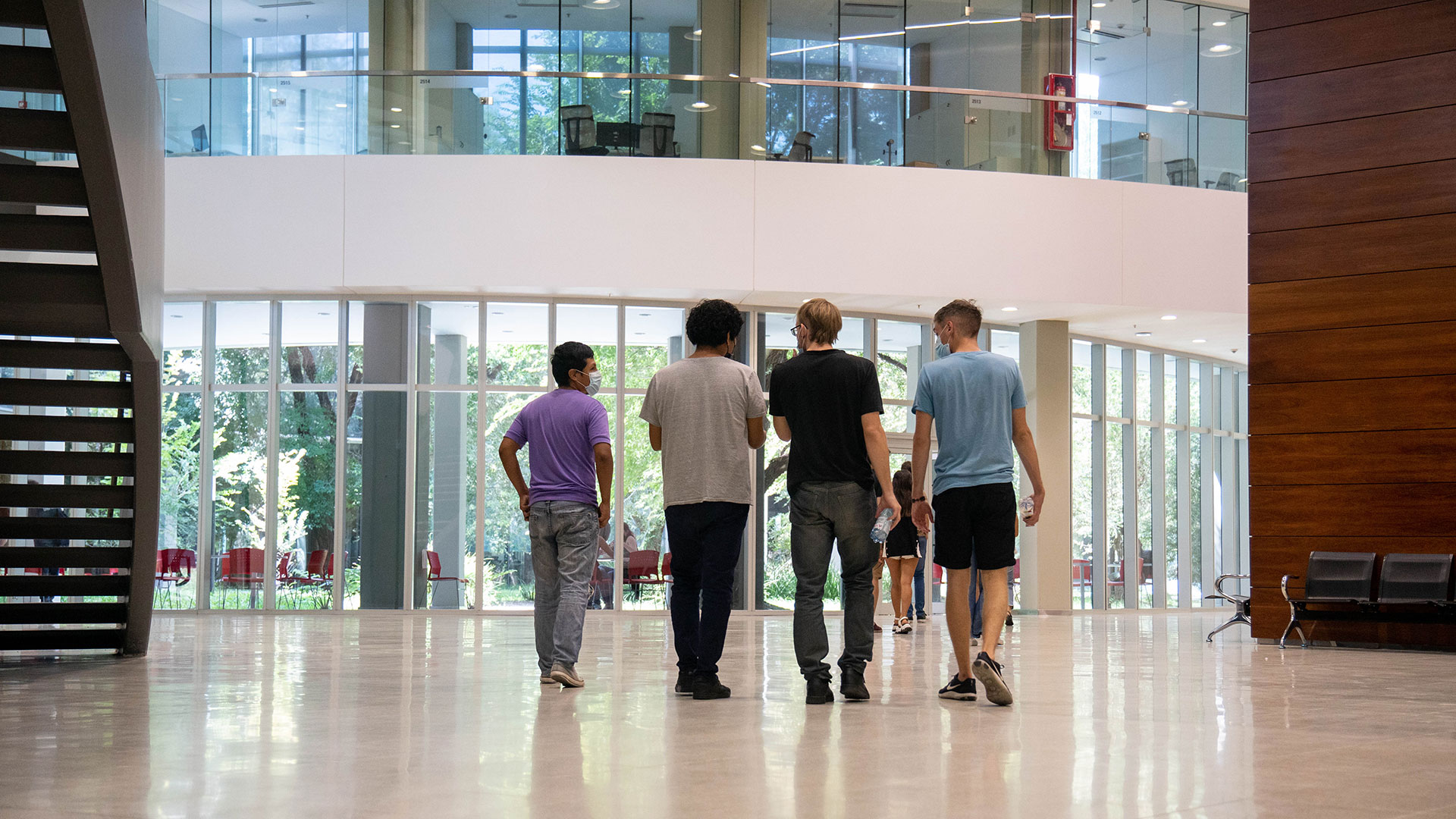 Students in the new building of the Faculty of Exact Sciences

The actuary career carries the nickname of being “the most difficult” of the Faculty of Economic Sciences of the UBA and, in general, its professional profile lends itself to confusion. He is often seen as a mathematician when in fact he is an economics professional.

The actuary is dedicated to risk management. Live with the word risk. First it identifies it, then it characterizes it and finally it develops instruments to manage it. He assembles statistical models that allow interpreting and quantifying the risk in insurance, finance, credit, pensions and retirement, the risk of default, the risk of fraud in e-commerce. The degree has a holistic vision: a strong load of mathematics, combined with administration, accounting and regulatory frameworks

In Argentina, only the UBA, the Universidad del Salvador, the Universidad Siglo 21 and UCEMA teach the course. It has a theoretical duration of five and a half years including the CBC, although it tends to stretch. Although they represent a niche, they are a highly sought after profile in the market, well paid due to the lack of professionals. Moreover, in recent years, the job opportunities have been expanded with the emergence of Big Data. Actuaries can make use of their knowledge in statistics, although in the discipline they point out a difference with statisticians: the ability to apply, to relate data to the surrounding reality.