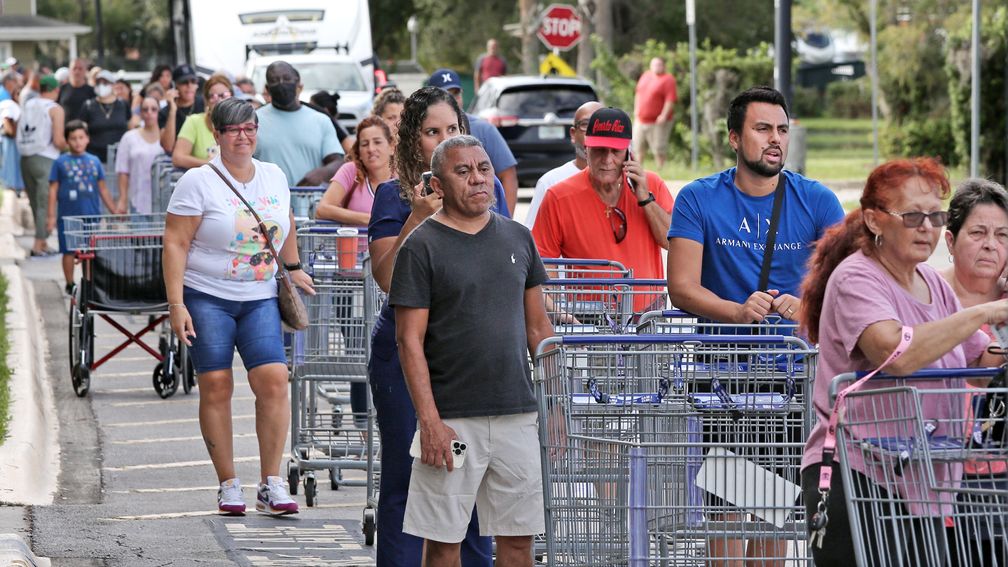 Cuba and the US prepare for the arrival of Hurricane Ian. He will cross the western part of Cuba this evening and tonight. The schools are closed there. Residents in twenty municipalities are being evacuated.

Ian swells tomorrow over the Gulf of Mexico into a Category 4 hurricane before making landfall in Florida. That will be Tuesday or Wednesday and will be accompanied by heavy rain showers.

Category 4 is the second heaviest category with wind speeds between 210 and 250 kilometers per hour.

After Cuba, Ian heads across the Gulf of Mexico to Florida

Ian is expected to cause major damage in Florida in Tampa and St. Petersburg. In Tampa, 25 inches of rain is expected, in other places in West Florida, up to 38 inches can fall.

Residents queue up to stock up on sandbags, drinking water and other foodstuffs. Governor DeSantis and President Biden have declared a state of emergency so that emergency aid can get underway quickly.

Ian delays the launch of the moon rocket Artemis in Florida. NASA is forced to roll the rocket back to its hangar at Cape Canaveral.

The launch of the unmanned test missile was planned for tomorrow, but has already been postponed on Saturday due to the arrival of Ian.

Two launch attempts scheduled for earlier this month were canceled due to fuel leaks and other technical issues.