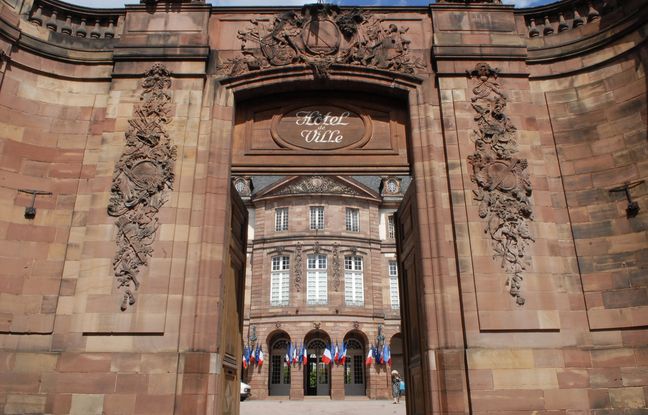 It is undoubtedly the processing of the request for a grant of 2.5 million euros for the construction site of the Turkish mosque Eyyub Sultan in Strasbourg and the lively controversy aroused by the management of this file, which the city has worked on since the spring to lead to a framework deliberation. It was put to the vote on Monday at the municipal council. It is “the culmination of a long process, involving a large number of local players”, welcomed the mayor of Strasbourg Jeanne Barseghain. “With representatives of religions, state services, the city, other local authorities, the University of Strasbourg…”

A long-awaited deliberation, because so far, because nothing was set in stone. A “lack of clarity punctuated by deliberations taken as and when the various municipalities for several decades” recalled the mayor. This is now done with “the desire to clarify, update and make the financing rules consistent” underlined Jeanne Barseghain. As a result, she asserts, “a deliberation which is an active and concrete variation of secularism, which will make it possible to guarantee the freedom of each and everyone to believe or not to believe, which will guarantee access to a place of dignified worship, and which makes it possible to ensure social cohesion”.

For the sake of transparency, clarification of practices and compliance with the law of August 24, 2021, this deliberation makes it possible to specify the preconditions for allocations, the procedures for examining applications, the financing rules, the framework of the institutional dialogue of the municipal action and the financial commitments of Strasbourg.

“Real progress” in this text recognized and congratulated by all the groups of the municipal council. All the same, this did not prevent lively and long debates and some slippages, leading moreover to a suspension of the meeting. Jumbled up, there was talk of lack of confidence in the mayor, of the “chaotic management” of the executive during the mosque affair which degraded the image of Strasbourg, or even of a “fundament of Islamophobia” towards certain members of the opposition, the list is long… But speaking out which, as the spirit of the deliberation would have it, finally subsided before the vote on the deliberation. “A flat overhaul” and a “new page that turns” even if an amendment requested by Alain Fontanel (Renaissance) was not retained. An amendment which specified in black and white that financial support “after the building permit” was not possible.

Adopted with 46 votes in favor and 16 abstentions, the deliberation sets the city’s support at a maximum of one million euros and cannot exceed more than 10% including tax of the worship part of the project, of the total construction expense or even the extension of the place of worship. “It is not a right to be financed up to 10%, but a possibility, specified the mayor. It is a subsidy that is not automatic”. On the other hand, for grant applications to be eligible, they will be conditional on the presentation of a balanced and justified financing plan and the signing of the Republican commitment contract.

An opinion of the State on the financing plan must in particular “allow the municipality to be informed of the possible links of the association with foreign powers and to take into consideration any alert relating to national security and/or fundamentalist excesses. or sectarian. » No request for funding for the same place of worship may be submitted again for ten years.