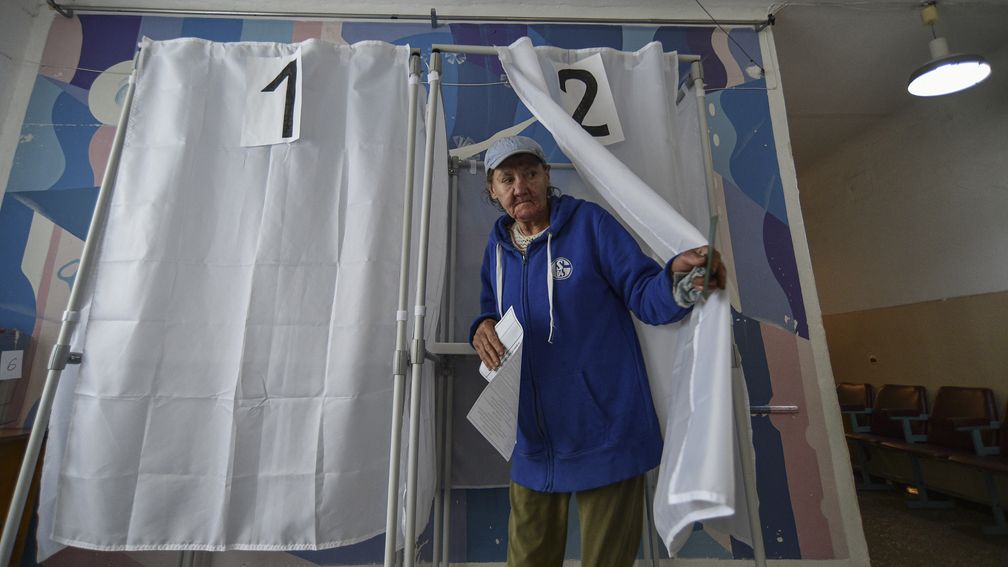 The preliminary results of the mock referendums in four occupied Ukrainian regions indicate that a vast majority of residents want to belong to Russia. That write Russian state media. The ‘referenda’ were held in the past five days, but there was no question of a free vote.

According to the Russians, the provisional results were determined after counting 18 to 27 percent of the votes. 98 percent of the population of Zaporizhzhya would have voted in favor and in the Kherson region almost 97 percent. Also in the ‘People’s Republics’ of Donetsk and Lugansk, almost 98 percent are said to be in favor of joining Russia.

The final ‘result’ is expected tonight. The polls pave the way for annexation of the occupied territories by Moscow, expected to be officially announced on Friday.

It concerns these four regions:

Since the announcement, the ‘referenda’ have not been recognized by the West and Kiev. The polls have further increased tensions between Moscow and the western powers. Yesterday, British Foreign Secretary Cleverly spoke of a sham, and he also announced sanctions against dozens of Russians.

Ukraine’s foreign minister earlier today insisted that the West should impose economic sanctions against Moscow. Kiev has previously stated that if the polls continued, it would definitively close the door to peace talks.