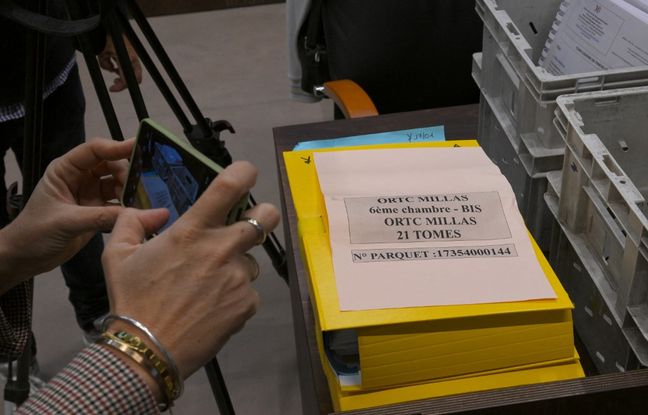 At the Marseille Criminal Court,

Undoubtedly, since the beginning of the trial of the car accident of Millas nine days ago now, never the court had advanced so far in the understanding, if not of the facts, in that of the attitude of the defendant, Nadine Oliveira.

And this is due to the presentation of the psychiatrist Françoise Grau-Espel who appraised the driver of the bus, tried in Marseille for manslaughter in the context of the accident at a level crossing which cost the life of six children and seriously injured 17 others. Nadine Oliveira suffers from “a denial of reality associated with traumatic dissociation”, explained the psychiatrist who spoke with the driver at the very beginning of 2018, a month after the accident.

It must be noted that the defendant had not really advanced in her therapeutic journey until the hearing, turning in a loop on the barriers were closed, claiming not to have burned a stop sign that day and not to drive at high speed. pace, so many elements undermined by the expertise.

Denial of reality is “a refusal to recognize the reality of a traumatic perception. It is an unconscious defense mechanism that constitutes a necessary protection in the face of a reality so distressing that it can cause a psychic collapse”, she defined. The psychiatric expert relied on the account of the event by Nadine Oliveira, in which the driver “does not dissociate herself from the children in the accident (…) She is so traumatized that she binds everything that is happened to her, she saw herself as a victim and not as an accused”, added the psychiatrist who evokes her “egocentrism” resulting from this psychotraumatic syndrome. But it was his conclusion that most echoed the days lived recently in the hall of the barracks of Muy: “this woman is going to collapse and when the dissociation will pass, it will be terrible”.

The discomfort of the driver as a confession?

Inevitably, everyone in the room, from the rostrum to the benches of lawyers or families, thought of last Thursday when pushed to its limits on what the conductor calls her “black hole”, it collapsed, leading to his hospitalization following a heart attack. “What can be the physiological consequences of a collapse? asked the court. “Ulcer, myocardial infarction,” replied the psychiatrist. “We could be tempted to have a judgment on his behavior” had intervened the prosecutor, mentioning the attitude of Nadine Oliveira, refusing to take the slightest responsibility in this drama. “I think she can’t say the barrier was closed, she was so shocked. What she can say is that she is a victim with the children, ”continued Françoise Grau-Espel.

A hypothesis nuanced by his colleague, doctor Capdeville, who spoke of “conviction” and who spoke with Nadine Oliveira three times during the year 2019.

Still, this day of hearing and the elements brought to the attention of the court seem to satisfy both the civil parties and the defense lawyers. For the first, it comforts them in the hypothesis that Nadine Oliveira is indeed at fault and that her discomfort is her confession, the day she realized that she was well warned and not a victim in this affair. For the latter, it shows that their client, whom they have to see at the hospital at the end of the day, is not lying. The trial must still continue for 10 days with, in particular, the testimony of the families of victims.