Based on observation and mathematical models, weather forecasts help predict the state of the atmosphere at a given time and location based on records such as temperature, humidity, pressure, precipitation, or wind.

Weather forecasts are practices that have been carried out for hundreds of years, even before the Christian era, basically based on the observation of cloud patterns, the wind, the time of year, although initially these were not very accurate.

It was not until the emergence of new technologies (such as computers) that mathematical models began to be put into operation that allowed more accurate predictions to be made, becoming a fundamental factor for transport (by land, sea or air), agriculture, tourism, disaster prevention, public health and even military operations, beyond deciding whether or not to carry an umbrella or what outfit to put on.

Below is the weather status for the next few hours in Bogotá:

How is the weather in Bogota?

Being located in the Eastern Cordillera of Colombia, that is, in the Andean zone of the country, Bogotá has a mainly cold and dry climate.

The Institute of Hydrology, Meteorology and Environmental Studies (IDEAM) mentions that the capital has an average temperature of 13.1 degrees Celsius.

However, at the beginning of the year, temperatures drop to minus 5 degrees Celsius.

Bogotá has two marked rainy seasons: from March to June and from September to December, with April being the month with the most rain. In these times they occur from torrential rains, to hail and electric shocks.

For its part, the dry season runs from January to February, as well as from July to August, being the first month of the year the driest. In these times there are sunny and hot days, with a blue sky and few clouds. 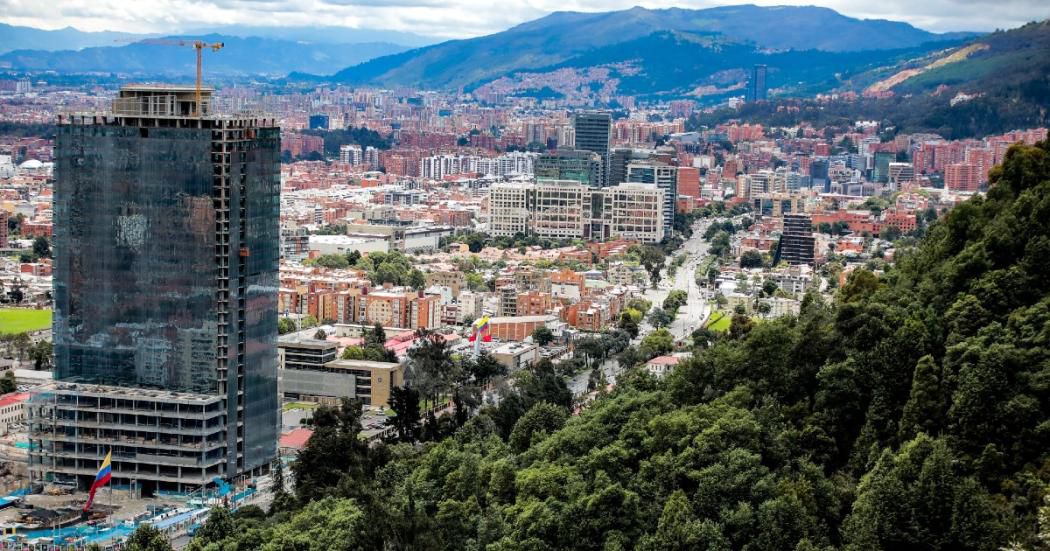 The city of Bogotá has a mainly cold and dry climate. (Photo: Bogota Mayor’s Office/File)

How is the weather in Colombia?

The weather in Colombia is very diverse, the climate is modified due to its geographical complexity such as the coasts of the Caribbean Sea to the North, the current of the Pacific Ocean, as well as the mountain ranges that cross it through the center from north to south. south.

According to IDEAM, there are at least four types of climate in the country: tropical, dry, temperate, and high-mountain cold.

The rainy tropical jungle or equatorial includes areas such as the center and north of the Amazon, the entire Pacific Region, parts of Antioquia, western Santander, Boyacá and Cundinamarca, the Catatumbo area and the Amazon foothills. While the tropical rainy forest or monsoon reaches the foothills of the plains and the extreme south of the Caribbean region.

The dry-winter savannah includes most of the Caribbean region and Orinoquia, as well as the lowlands in Santander and Antioquia. As for the savannah with dry summer. adds the inter-Andean valleys in Tolima, Huila, Valle, Cauca and Nariño.

For the dry climate, in Colombia the very hot arid or desert and very hot semi-arid or steppe climates are perceived. The first is perceived in the upper part of Guajira and the second in the middle and lower zone of the same department plus sectors of the Caribbean coast.