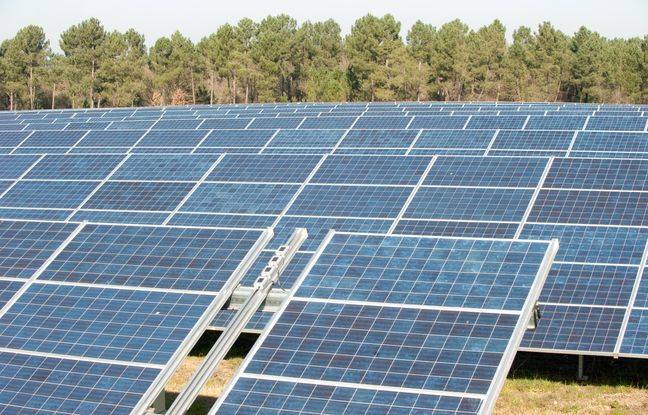 It is the first French site of its kind. The Envie solidarity networka specialist in the reprocessing of electrical and electronic equipment, inaugurated on Tuesday in Saint-Loubès, near Bordeaux, a site for the resale of used photovoltaic panels, alongside a recycling activity.

Of the 4,000 tonnes of panels received each year, thesocial and solidarity economy company Envie 2Emanager of this site which will start “in a few weeks”, estimates to be able to resell 5% of it, after operating tests, to individuals, companies and communities.

Per ton, these second-hand panels yield about “five times more” than the resale of recycled materials, explained Frédéric Seguin, the director of the processing center. Another novelty, for the recycling activity, the company has acquired a “delamination” technology imported from Japan which makes it possible to cut the photovoltaic panel by separating the glass layer from its metal components, unlike the general “grinding” process used so far in this nascent sector.

The raw materials withdrawn – 70% of glass but also silver, silicon, copper and aluminum – will be intended for foundries and glass processing companies, added Frédéric Seguin, estimating at 95% the recovery rate of the panels treated by the company.

The only factory to recycle silver

For Nicolas Defrenne, Managing Director of the eco-organization Sorenresponsible for organizing the recycling sector for solar energy waste in France, the Gironde unit is “avant-garde” because its technology is the only one in Europe to recycle silver, “a critical material” and ” essential for the energy transition.

The Saint-Loubès site is the third major solar panel recycling center built in France after that of Halluin (Nord), still operational, and Rousset (Bouches-du-Rhône), managed by Veolia from its launch in 2018 to its closure a few months ago. European regulations oblige any importer or manufacturer of solar energy panels established on European territory to collect them and process them when they reach the end of their life.

According to the eco-organization Soren, 1.245 million tons of solar panels, with a lifespan of 20 to 30 years, are currently installed in France. In mid-2022, the total power of photovoltaic installations reached 15.2 GW, including a quarter in New Aquitaine, according to provisional data from the Ministry of Energy Transition.