The Hummer is back, but as a fully electric pickup truck. Hummer’s first models were the statement of the unbridled consumer society, a driving middle finger to people who cared about the environment. With that, the brand went ungrateful. Did Hummer learn from his sins? AutoWeek went on the road with it.

The Hummer is descended from the military vehicle High Mobility Multipurpose Wheeled Vehicle of the US Army, which quickly became popularly called ‘Humvee’. The car was engraved in the collective memory in the early 1990s during the First Gulf War.

Actor Arnold Schwarzenegger then successfully campaigned for a civilian performance of the Humvee. In 1992 the Hummer H1 came on the market. Ten years later, the Hummer H2 was introduced, which was joined by the smaller Hummer H3 in 2005.

In the end, it was the boundlessness that killed Hummer: the cars were too big and too heavy and the consumption was too high. The models simply no longer fit in with the zeitgeist.

Now, however, Hummer mother General Motors thinks it’s time for a resurrection. Entirely in line with technical fashion, it is now a purely electric brand. The excess has remained, because the Hummer gets three electric motors as standard. Together they deliver a neatly rounded power of 1,000 hp in the 3x version.

The old Hummers can be recognized out of thousands. 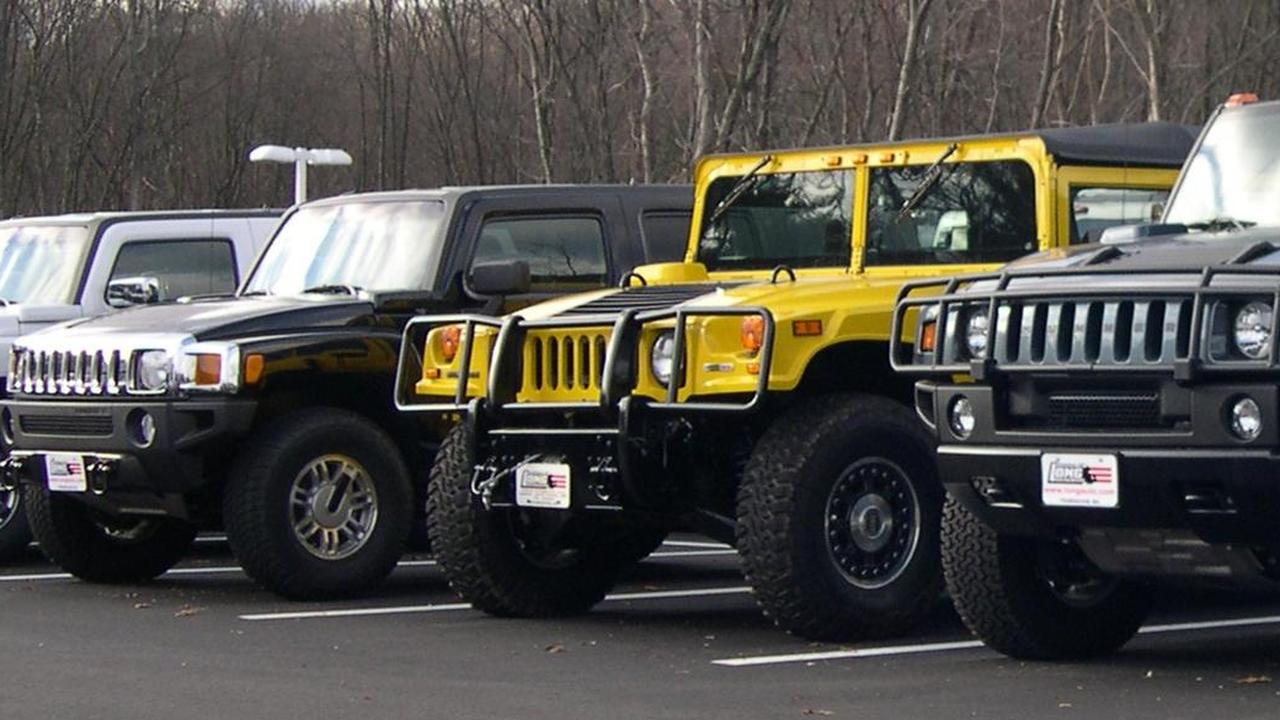 The old Hummers can be recognized out of thousands.

We drive the electric Hummer in Los Angeles, where we get admiring looks. It is in fact still a rare sight on the roads, because the sale has only just started. Anyone who wants one must put at least $110,295 on the table in the United States.

Because they are so rare, Black & White, a California luxury car rental company, rents the Hummer EV for $1,500 a day. And then there’s the insurance. Despite this, the car is almost continuously booked. “Hey, it’s still a Hummer,” says Dan, the company’s manager, whose smile is as wide as the car.

Just like before, everything is great about this car. That starts with the weight: The Hummer weighs just under 4,500 kilos. This is largely due to the battery pack of no less than 213 kWh. In fact, the Hummer battery is almost 1,500 kilos heavier than many passenger cars. Nevertheless, this colossus accelerates to 100 kilometers per hour in less than four seconds. Given the weight and the little streamlined body, consumption is therefore considerable: 40 kWh per 100 kilometers.

The battery is 75 percent charged and the remaining range is 369 kilometers. With a fully charged battery pack, the driving range would therefore be about 500 kilometers, just less than the manufacturer’s statement.

The Hummer will eventually also be available as an SUV (left). The Hummer will eventually also be available as an SUV (left).

When maneuvering, the huge Hummer surprises in a positive way, thanks to the rear-wheel steering. Various cameras help to compensate for the lack of clarity.

Sure, the acceleration is nothing short of entertaining, but when you brake hard, you feel that a lot of weight has to be brought to a stop. Then the fun will soon be over.

All in all, the Hummer feels just as clumsy as any other pickup of this caliber. There is therefore no real relaxed driving. The windscreen is also so low that it had to be fitted with three small wipers. For the convertible feeling, you can remove the four glass roof panels. They fit neatly stacked in the luggage compartment under the front door.

In the interior, a lot of cheap, but gold-painted plastic parts are used. It is clear that it is almost exclusively the battery that provides the six-digit price tag. At a later stage there will be a version with two engines instead of three, for $ 86,645 (about 89,420 euros), and then there will also be an SUV version immediately, but it remains (too) expensive.

The interior does not feel very high-quality. The interior does not feel very high-quality.