Ayotzinapa: where are the key figures in the disappearance of the 43 students in Mexico

The disappearance of 43 students in Mexico on September 26, 2014 shook Mexican society, exposed the seriousness of government corruption and showed the spiral of violence that had already left thousands dead.

Eight years later, it is still unknown what really happened that day.

About a half-hour drive from the sleepy little Mexican town of Cocula, a fetid, garbage-strewn dump in the hills was said to be the place where the 43 Mexican students who disappeared while traveling together to a protest had been buried.

It was there, amid mounds of everyday waste, that, according to Mexican authorities, members of the criminal group Guerreros Unidos killed and burned the students, all from the Escuela Normal Rural de Ayotzinapa, after they had been kidnapped by corrupt police officers. in the nearby city of Iguala, and handed over to the criminal group.

But in 2016 independent researchers refuted the government theory that the students were killed and burned in the dump, one of the most blatant falsehoods in a case that has exposed Mexico’s dual battle against deep-seated corruption and rampant violence.

Eight years later, the remains of only three students have been identified.

Now, after years of intense public scrutiny and criticism, a truth commission created by current President Andrés Manuel López Obrador has reformulated the act as a “state crime” and a cover-up involving dozens of members of criminal groups, military, local, state and federal police, in an event that touched even the highest levels of the Mexican government.

The public continues to protest the failures of two successive governments to uncover the truth of what happened.

On the eighth anniversary of the kidnapping, some of the key players in the case have been arrested, others have disappeared and answers are still being sought about what happened to others.

On Friday, August 19, the former Attorney General of Mexico, Jesús Murillo Karam, was arrested in connection with the case.

As attorney general for the government of President Enrique Peña Nieto, he opened the original investigation into the disappearance of the students. 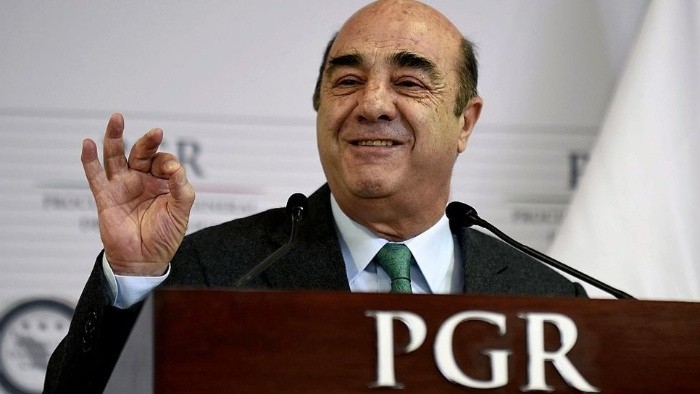 He was charged with enforced disappearance, torture and obstruction of justice in relation to the missing students.

Peña Nieto’s successor, President López Obrador, said Murillo Karam’s role in the false arrests after the disappearances was “proof” that he oversaw a major cover-up. intended to shield the federal government from liability.

Speaking in court on August 24, Murillo Karam noted that while he was willing to accept some investigative errors, no one had been able to convincingly offer another version of what happened to the students.

Now he will go to trial. Although a trial date has not been announced, a judge ruled that she will remain in pretrial detention until then.

The former director of Mexico’s now-defunct Criminal Investigation Agency, Tomás Zerón, was accused by the López Obrador government of torturing witnesses in the case, including a member of Guerreros Unidos, to help support the government’s version of the case.

He is also wanted for alleged evidence tampering. Zerón denied the charges, which he has described as politically motivated. 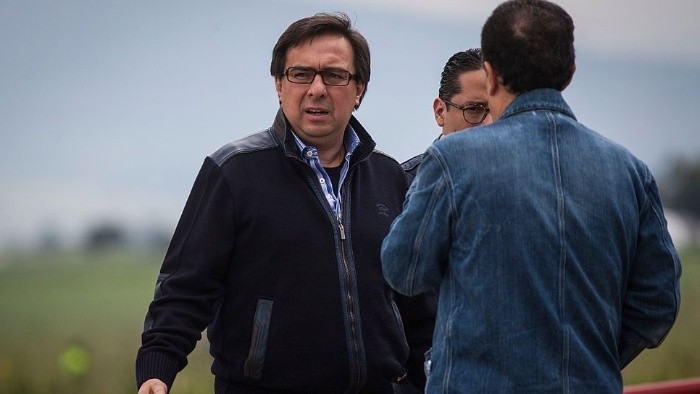 Tomás Zerón is believed to be in Israel. GETTY IMAGES

In 2019 Zerón reportedly fled to Canada and in July 2021 Israeli and Mexican officials said Zerón fled to Israel and applied for asylum.

Since then, Mexico has requested his extradition, which, according to Foreign Minister Marcelo Ebrard, was a “top priority” for the López Obrador government. Israeli authorities so far they have not granted the request.

According to the latest Mexican government report, government officials met with Zerón in Tel Aviv in February to discuss the possibility of his returning to Mexico to answer the charges against him. He remains in Israel.

The mayor of Iguala in 2014, José Luis Abarca, fled the town along with his wife María de los Ángeles Pineda a few days after the kidnapping. They were arrested in Mexico City more than a month later.

Both are still in prison serving sentences for money laundering and links to organized crime.

However, despite accusations that he was involved in the disappearances of students, some relatives of the 43 lor have publicly defendedand even staged a march in Iguala last month to call for his release. 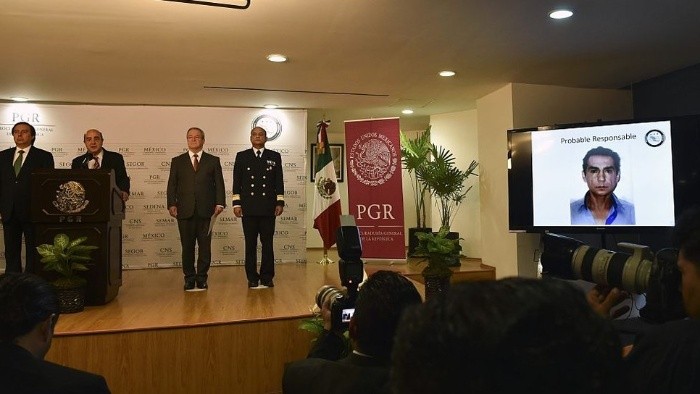 Authorities announced the arrest of José Luis Abarca at a press conference in 2014. GETTY IMAGES

On September 14, a judge absolved him of any responsibility for the Iguala kidnapping, alleging lack of evidence. Separately, he faces charges related to the murder of two local activists in 2013, in addition to money laundering and racketeering charges.

Ricardo Mejía, Mexico’s Undersecretary for Public Security, promised that the government would challenge the ruling. He also dismissed any suggestion that the former mayor would be released from prison.

The criminal group accused of killing the students, Guerreros Unidos, is still active. According to Mexican authorities, he is heavily involved in extortion and kidnapping in the state of Guerrero and two other Mexican states.

He is also believed to be producing and trafficking heroin from Mexico to the United States. He is now believed to be in league with the Jalisco New Generation cartel, one of the most powerful in Mexico.

In early August, Mexican authorities announced that 14 anonymous members of Guerreros Unidos were among a larger group of 83 people wanted for arrest in connection with the disappearance of the 43 students.

Another 14 members of the group, as well as three of their relatives – all linked to the case – have since died, some of them at the hands of other criminals or Mexican security forces. Others died of natural causes.

Mexican authorities have also been repeatedly accused of torturing alleged members of the group to extract confessions.

The torture and confession of six members of Guerreros Unidos is at the heart of the Mexican government’s charges against Murillo Karam.

Another member of the group believed to have played a key role in the Iguala incident, Juan Salgado Guzmán, was shot dead by police in September 2021.

The recent government report found a series of “irregularities” related to his death, leading authorities to conclude that he had been “executed” without provocation after he had been wounded and no longer posed a threat to officers. 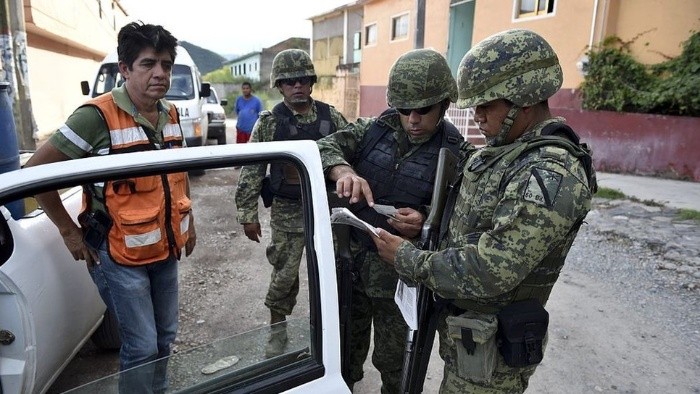 Mexican soldiers searching for the missing students in 2014. GETTY IMAGES

Much of the mystery surrounding the Iguala kidnapping revolves around the involvement of the military.

Authorities confirmed that the military had an informant who was traveling with the Ayotzinapa students on the day of the disappearance and was aware of the students’ movements before the attack occurred.

Mexican authorities have said the military did nothing to find the informant, who is among those still missing.

In addition, the military has been accused by experts of withholding information that could have helped locate the students. Drone footage appeared to show Mexican marines, part of the Navy, handling evidence at the Cocula dump.

On September 15, the Mexican authorities announcedn the arrest of a retired Army general, José Rodríguez Pérez, in relation to the kidnapping of Iguala. Rodríguez held the rank of colonel at the time of the incident and was in charge of a unit stationed in Iguala.

It is not clear what evidence the government has against Rodríguez. Alejandro Encinas, Mexico’s top human rights official, told reporters that members of the criminal group held six of the students in a former warehouse before handing them over to the then-colonel, who allegedly ordered them to be killed and their bodies disposed of. .

In total, arrest warrants were recently issued against 20 members of the Armed Forces, including commanders and soldiers from the two different battalions who were in Iguala at the time.

Despite the Mexican government’s promise to hold the military accountable for human rights violations, many of the issues raised by the initial Iguala investigation appear not to have been addressed.