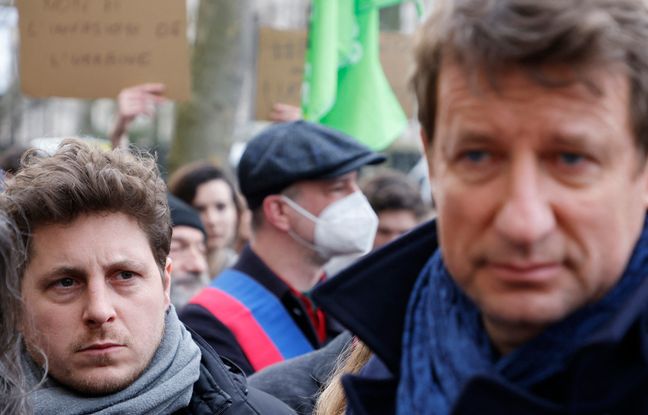 Julien Bayou, accused of psychological violence by an ex-companion, should “withdraw” from the national secretariat of Europe Ecologie Les Verts (EELV), as he has already done from the co-presidency of the environmental group in the Assembly , judged the former Green presidential candidate Yannick Jadot on Sunday.

An ex-companion of Julien Bayou seized a dedicated cell within EELV. She criticizes the current number one of the party for “behavior likely to break the moral health of women” according to the ecologist deputy Sandrine Rousseau, who reported having received it.

“For the serenity of the internal investigation”

“For the serenity of the” internal investigation, it would be “of good intelligence (…) that we accelerate its withdrawal from the national secretariat of EELV”, said Yannick Jadot, questioned on the subject during the program. RTL/Le Figaro/LCI Grand Jury.

The office of the environmental group in the Assembly had decided on Tuesday to suspend Julien Bayou from his duties as co-president, the day after details on this affair were given by Sandrine Rousseau on a television set.

Yannick Jadot, however, regretted the speech of the latter in the media while an internal investigation is underway. “I am not in favor of these personal positions which damage a process that we must all respect,” he said.

The former Green presidential candidate also criticized the way in which LFI had handled the case of Adrien Quatennens, withdrawn after admitting domestic violence.

“You have a certain number of leaders who have rather played male solidarity, even virilist, than the protection of women”, estimated Yannick Jadot. He in particular judged that Jean-Luc Mélenchon had “committed a political error” in his way of expressing himself on this affair.