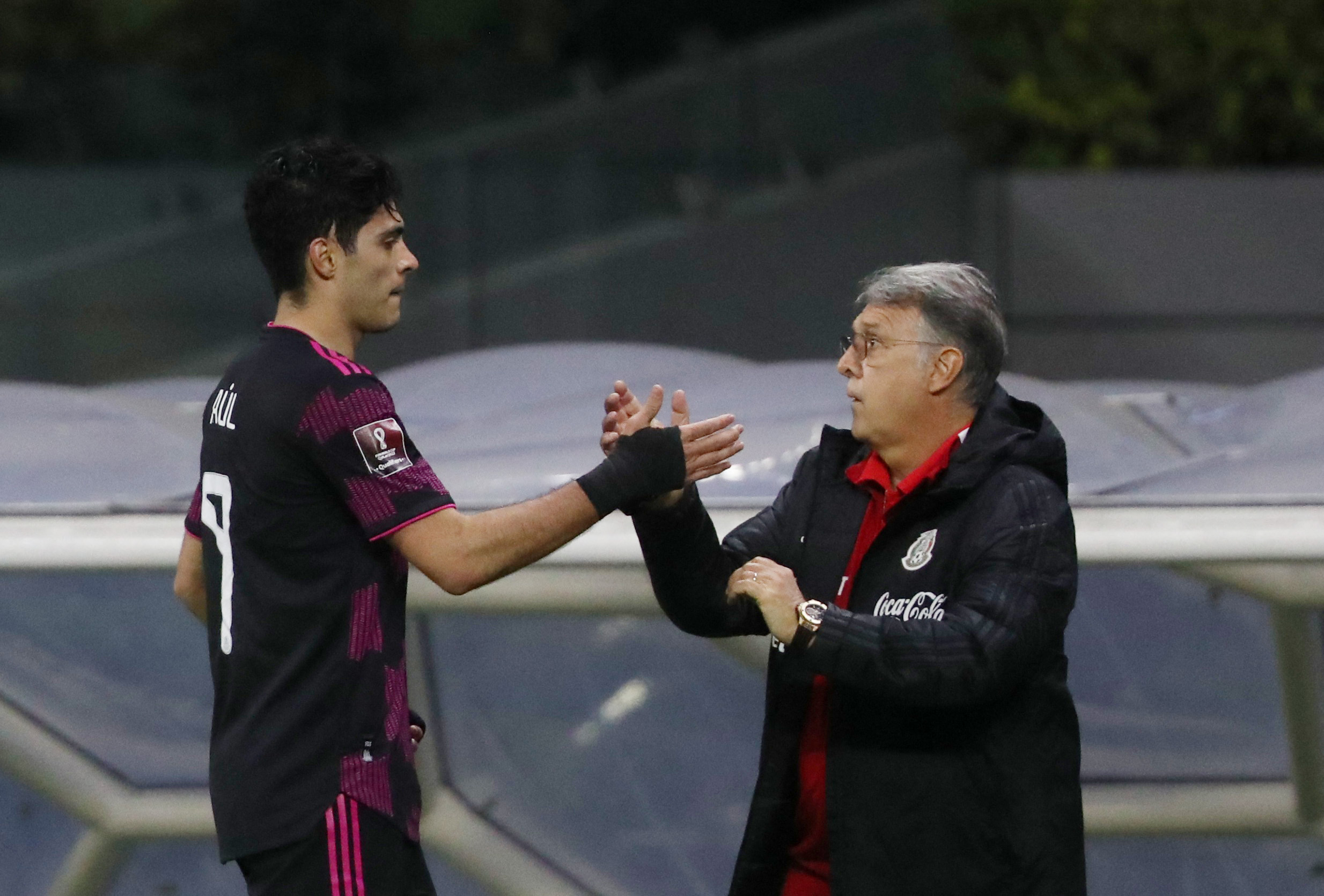 Gerardo Martino will support Raúl Jiménez so that he does not throw in the towel (Photo: REUTERS/Edgard Garrido)

Despite the fact that the Mexican National Team added a victory against Peru in their friendly match for the 2022 Qatar World Cup, within the concentration of Gerardo Tata Martino different problems began to arise that would affect the lineup as injuries haunt Mexican players.

Raúl Jiménez was the footballer who set off the alarms because pubalgia, an injury to the pelvis, would compromise his trip to the 2022 World Cup, so the forward of the Tri he would have to consider options in case the Wolverhampton striker doesn’t recover in time.

At the end of the match, in a press conference, the Tata Martino shared the plan that he will initiate together with the Tepeji Wolf to encourage him and not let him “throw in the towel” because with just under 50 days to go before the World Cup, Martino is confident that he will be able to count on the American youth squad in his lineup.

The first thing that the Argentine coach assured is that he has an optimistic position regarding the recovery of Raúl Alonso because although he did show his concern about the injury, he stated that with the medical support and the coaching staff, Jiménez will arrive in optimal conditions for Qatar 2022 .

I trust that the medical part will do its part, that is to say with the appropriate treatment, while in the emotional part, the assistants of the Tri and Gerardo Martino himself will provide emotional support to encourage the Wolves’ scorer and thus “wait for him” to join the Mexican team’s concentration.

“In the immediate future I am optimistic, the reality is that the injury is an injury that worries us all. Our objective now is -from the medical side- is to help him to recover in the best way, and from us -who are not doctors- is that he does not throw in the towel on us”.

In addition, the coach of the Mexican National Team confessed that since Raúl Jiménez’s injury was detected, Martino took on the task of meeting with the 31-year-old player to discuss his physical and emotional state after detecting the injury a few months to start the World Cup.

At that meeting, the Tata He explained that Raúl maintains a “positive” attitude and affirmed that there would be no reason to change the position of the American youth squad, because although a worrying diagnosis was confirmed, he is confident that he will recover for Qatar.

“That he is always positive thinking that he is going to arrive, that he does not change his mind in that sense; because when I went to eat with him in Wolverhampton, he was very positive and the reality is that today an injury was confirmed that is to be treated, and that does not have to make him change his positivity, “concluded the Argentine.

After the Wolves player had no activity in the Mexico vs. Peru match, on the afternoon of Sunday, September 25, the Mexican National Team notified that Raúl Jiménez, Rogelio Funes Mori, Luis Romo, Jorge Sánchez and Héctor Herrera had dropped out. concentration and will return to their teams to continue with their respective rehabilitations, since they all have physical discomfort.

“The five players, by mutual agreement between the Mexican Football Federation and their clubs, were loaned from Sunday 18 to Sunday 25 September to work on their rehabilitation this week with the team led by Gerardo Martino. The Mexican National Team thanks the clubs for having allowed the players to join this stage of the concentration”, can be read in the official announcement.

Of Mexico’s rivals in Qatar 2022, only Argentina got a positive result on the FIFA date While El Tri suffered from a lack of goal, Chicharito scored a brace with the LA Galaxy Checo Pérez’s gesture for Max Verstappen’s birthday caused controversy