Didier Ollé-Nicolle, “collateral victim of the Hamraoui affair” at PSG? 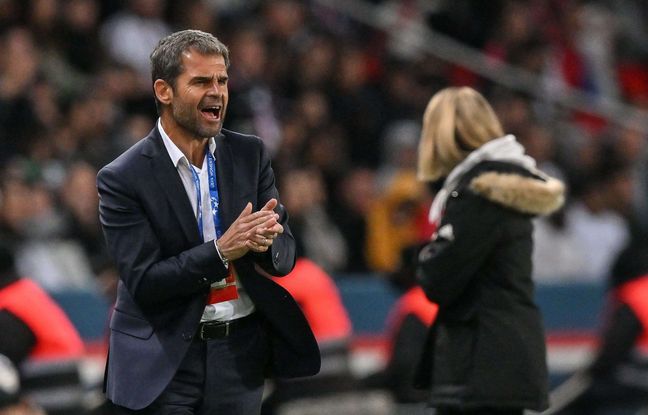 Four months after being suspended by his club because of an “inappropriate gesture” towards a young player in the workforce, the now ex-coach of the PSG women’s team Didier Ollé-Nicolle gave his first interview to The team this Sunday. While he was under contract until 2023, the one who allowed the Parisian club to win the last Coupe de France was suspected of sexual assault, without any complaint having ever been filed. “I’m coming out of a situation that was unreal, very violent, which hurt me a lot and hurt my family a lot,” said the 61-year-old technician, whose departure was made official on August 1 by the PSG, now coached by Gérard Prêcheur.

Didier Ollé-Nicolle was obviously a privileged witness to a season marked by the aggression of Kheira Hamraoui in November 2021, and by the explosion in the locker room that followed, between Hamraoui on one side, and Diallo plus executives like Diani and Katoto on the other. “I had to be careful with every word I said in training, there were clans everywhere,” he says. There were unbearable behaviors. When Hamraoui and Diallo resumed training together, it was terrible because the two girls didn’t speak to each other. I felt that they hated each other. »

“I was used and even instrumentalized”

Heard in free hearing by the Versailles prosecutor’s office, which had opened a judicial investigation against X for “sexual assault by a person in authority”, following suspicions of inappropriate behavior on his part, Didier Ollé-Nicolle came out of it without no specific fact is reproached to him. He now makes the link between the suspicions that targeted him and the latest legal developments linked to the attack on Kheira Hamraoui, with the indictment of Aminata Diallo.

“I remain very proud of not having yielded to pressure from the entourage of certain players and of having always played Hamraoui, who deserved his place on the pitch. I was tossed around. I felt like crying injustice, madness. But we are not audible in these moments. The idea was to wait for the investigation to progress. I was used and even exploited, a collateral victim of the Hamraoui affair. In relation to my choices, my functioning… There was this adversity against Kheira Hamraoui in the atmosphere. I felt that I was embarrassing for the continuation of certain personal projects. “In search of a new sporting challenge, Didier Ollé-Nicolle filed a complaint against X for slanderous denunciation, “with the sole desire that my honor be washed”.