Why no country in Latin America has nuclear weapons

It was some kind of apocalyptic nightmare.

To the possibility of a confrontation with atomic weapons between the two rival superpowers, the United States and the Soviet Union, was soon added the concern about the so-called nuclear proliferation that could lead to other countries and, more worryingly, terrorist organizations could obtain the pump control.

To try to contain this possibility, the government of US President Dwight Einsenhower launched the “Atoms for Peace” initiative in 1953, which promised to facilitate access to the peaceful uses of nuclear energy for those countries that refused to equip themselves with the bomb.

In 1957, the International Atomic Energy Agency (IAEA) was created, which is part of the United Nations system; and just over a decade later, in 1968, the Nuclear Non-Proliferation Treaty (NPT) was established to deal with this danger.

These initiatives, however, they have not been able to avoid the fact that practically in all the regions of the world there is a country that has developed nuclear weapons.

The United States and Russia (final heir to the Soviet arsenal) were joined by countries in Europe (United Kingdom and France); in Asia (China, North Korea, India and Pakistan); in the Middle East (Israel, although it does not formally admit having the bomb); and even in Africa (South Africa, which is the only country that developed the bomb and then voluntarily got rid of it).

Thus, states from practically all parts of the world have or have had nuclear weapons with one notable exception: Latin America, where not only there are no nuclear powers but, in addition, it was the first densely populated region in the world to declare itself a free zone. of nuclear weapons.

How did this happen? The reasons are several, but the first keys must be found six decades ago.

The impact of the missile crisis

“The history of why Latin America does not have nuclear weapons goes back to the missile crisis in October 1962, when the Soviet Union put missiles in Cuba and that developed a crisis between the United States and the Soviet Union,” explains Luis Rodríguez, postdoctoral researcher at the Center for International Security and Cooperation of Stanford University (CISAC, for its acronym in English, to BBC Mundo). 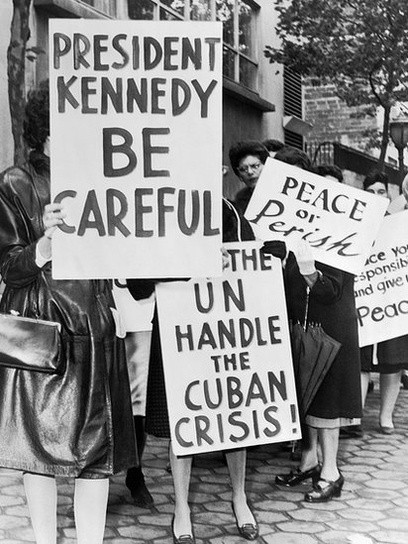 The missile crisis in 1962 brought the world to the brink of World War III. GETTY IMAGES

“In response, several countries in Latin America decided to start forming a multilateral response to prevent another missile crisis from happening in the region. It is the first time that countries in Latin America have seen nuclear risks so close to home,” adds the expert about the episode considered to be the closest point humanity has been to seeing a third world war break out.

Rodríguez explains that since the end of the 1950s the concern arose to prevent another country from doing what the United States did in Hiroshima. In Europe, Ireland was one of the countries that promoted this idea and in Latin America it was Costa Rica. However, by then, that risk was seen as something distant.

Ryan Musto, director of Forums and Research Initiatives at the Global Research Institute of the University of William and Mary (Virginia), agrees that the idea of ​​banning the bomb had existed in Latin America since before 1962, but then everything changed.

“The Cuban missile crisis was a key catalyst and Brazil proposes turning Latin America into a nuclear-weapon-free zone as a possible solution to that crisis, because it could facilitate the withdrawal of missiles from Cuba, while allowing both the United States and the United States to save face. Soviet Union,” Musto tells BBC Mundo.

That initiative did not prosper then, the missile crisis was resolved through direct dialogue between Washington and Moscow, but many Latin American countries continued to see the creation of a nuclear weapons-free zone as a formula to prevent it from happening again in the future. a similar crisis.

Thus, the region embarked on a process of negotiations that culminated in February 1967 with the creation of the Treaty of Tlatelolco that prohibits the development, acquisition, testing and placement of nuclear weapons in Latin America and the Caribbean. 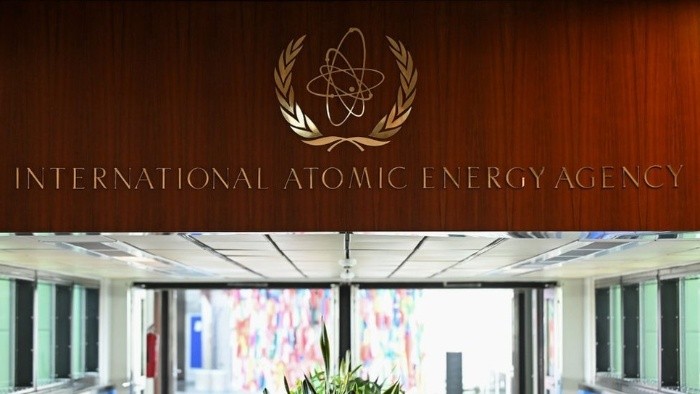 This treaty entered into force in 1969, but with it the risks of nuclear proliferation in the region did not come to an end, as there were two key states in the region that were reluctant to fully accept it.

The resistance of Brazil and Argentina

Although Brazil was one of the initial promoters of creating a Latin American zone free of nuclear weapons, it soon changed its position on this issue, ceding that leadership to Mexico.

The Mexican effort was rewarded with the fact that the treaty bears the name of Tlatelolco, where the Ministry of Foreign Affairs of that country was then headquartered, and with the Nobel Peace Prize awarded to the Mexican diplomat Alfonso García Robles in 1982 . 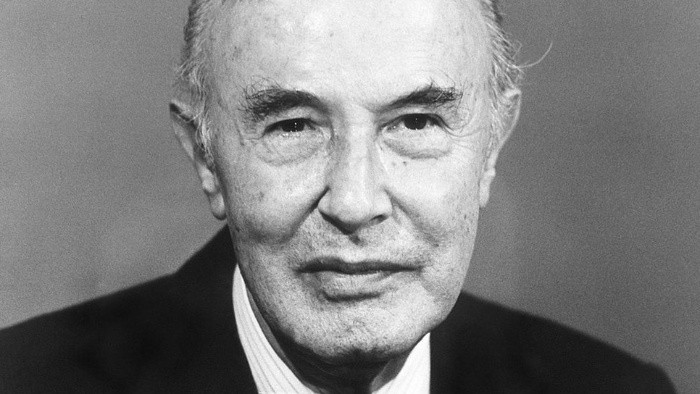 “After the coup in Brazil in 1964, the military elites of that country decided to invest less in the project of demilitarization of Latin America,” says Rodríguez.

The other country in the region, relevant from the point of view of nuclear technology, that refused to fully accept Tlatelolco was Argentina.

“After 1962, Mexico becomes the visible face of this initiative. Brazil distances itself from it. It has scientists who internally question ‘Do we really want to give up our right to have nuclear weapons for nothing?what if one day we may need them?'” says Musto.

The expert affirms that both countries formally support the elaboration of the Treaty of Tlatelolco because it seemed wrong not to do so and that they participate in its elaboration trying to influence so that what was then known as “peaceful nuclear explosions” (PNE, for its acronym in English).

Luis Rodríguez explains that at that time it was believed that nuclear energy could be an instrument to accelerate the development of Latin American countries and that the PNE could be used to open mines, canals or even for hydroelectric project works.

“That is what led countries like Brazil and Argentina to develop certain nuclear programs of dual-use technology, which could be used for civil or military purposes, which generated certain tensions, especially with international organizations,” says Rodríguez. 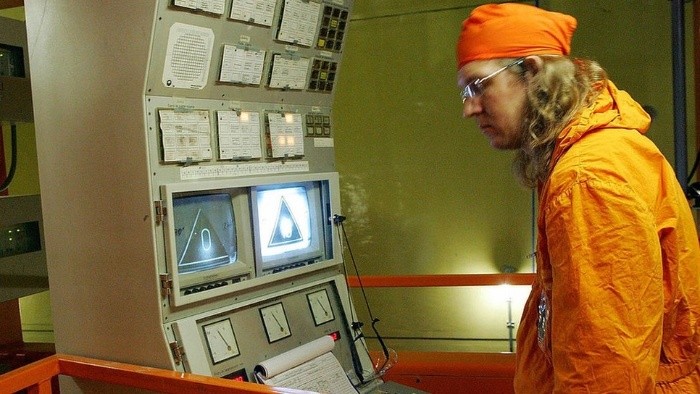 Both Rodríguez and Musto indicate that it has not been proven that the governments of Argentina and Brazil have had plans to develop nuclear weapons, although there are signs that there were people within their governments who were in favor of that possibility.

“There are historians like Carlos Pati, who is an Italian who works on Brazil, who have not found that the motivations have been purely military or that they have been to generate nuclear weapons. What is seen much more is that there was a division in the two countries between factions in the elites that did want nuclear weapons and factions that decided not to have them,” he adds.

Musto indicates that both countries were very concerned about the limitations that international agreements could impose on their nuclear development options.

“Both countries wanted to develop a complete and independent nuclear fuel production cycle. They do not want their nuclear sovereignty to be affected,” he says.

Despite everything, at the beginning of the 1990s both countries renounced their right to peaceful nuclear explosions, fully integrated into Tlatelolco and, later, did the same with the Nuclear Non-Proliferation Treaty.

These decisions were accompanied, in the early 1990s, by the abandonment by both Argentina and Brazil of their ballistic missile development programs. Projects that, combined with their nuclear development programs outside the NPT, generated concern in the international community.

In addition to the impact of the missile crisis, there are other factors that contributed to the fact that no country in Latin America – and especially Brazil and Argentina, which were the ones in the best position to achieve it – was equipped with the weapon.

Ryan Musto points, for example, to the fact that the region did not have the kind of intense rivalry and conflict that has occurred in other parts of the world.

The democratic transitions in Argentina and Brazil facilitated their full incorporation into the international regime on nuclear weapons. GETTY IMAGES

“Yes, Brazil and Argentina are rivals, but that never reached a point strong enough to lead to an arms race. In general, Latin America seems to be a relatively stable region when it comes to interstate conflicts,” the expert points out.

Another element that contributed specifically in the case of Brazil and Argentina was that both countries made a transition to democracy in the mid-1980s.

The high cost of a nuclear weapons program may also have played a deterrent role.

This high cost is not measured, moreover, only by the amount of money that the nuclear weapons program requires, but also by the diplomatic and prestige costs derived from going against the grain of the consensus of the international community against the proliferation of weapons. and for missed opportunities related to the peaceful use of nuclear energy.

A clear example of the latter, according to Musto, occurred in 1975 when Brazil signed with West Germany the largest nuclear agreement in history in terms of the transfer of nuclear technology to a southern country.

“The deal was supposed to help Brazil build 8 nuclear reactors. Well, the US put pressure on West Germany because Brazil was not a member of the NPT and there are suspicions about its nuclear program – and maybe also some US business interests.” .- and, in the end, the agreement did not materialize”, he points out.

“Then, those types of aspirations vanished because Brazil and Argentina did not fully participate in the system of nuclear standards envisaged in the NPT regime,” he adds.

Thus, a point came in which for both countries there were more benefits and opportunities if they were fully integrated into the international institutions that regulate the peaceful use of atomic energy than trying to preserve their freedom of action in this area outside of them.