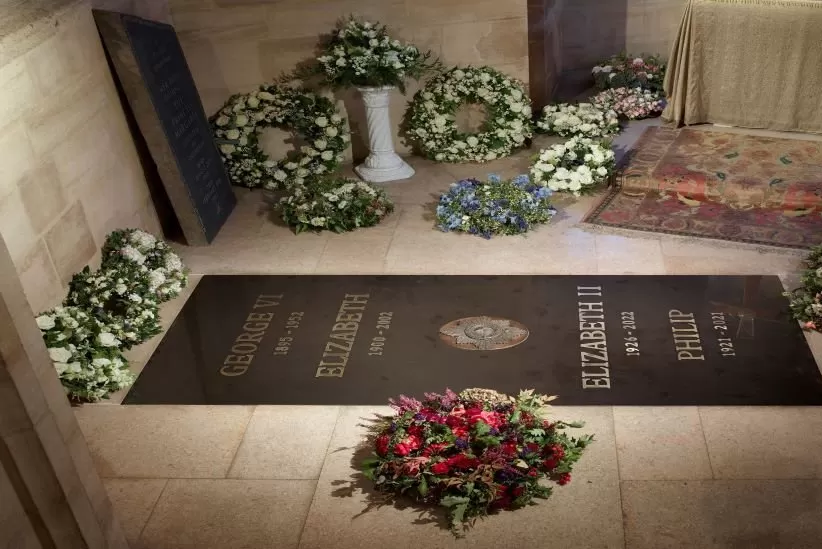 The first images of Queen Elizabeth’s tomb have been released in Britain. The stone is made of Belgian black marble with copper lettering.

The black headstone is placed in the floor of the George VI Memorial Chapel, where the monarch was buried Monday. Buckingham Palace has now released a photo.

The Queen was buried Monday evening in a private funeral at the George VI Memorial Chapel in the presence of King Charles III and immediate family members.

The public can pay to see the stone at the grave from Thursday. The chapel reopens to visitors that day and is open every day except Sunday, when it is open only to believers.