Protests in Russia against mobilization again, hundreds of arrests reported 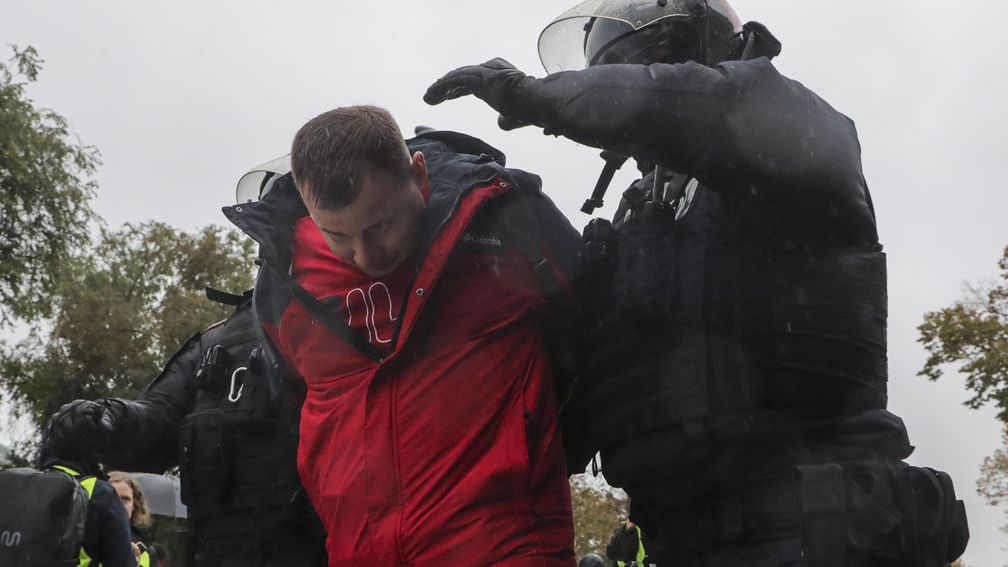 Protesters have taken to the streets in many Russian cities to demonstrate against President Putin’s partial mobilization last week. Images circulated via social media show protests spreading across the country, varying in size.

Correspondent Iris de Graaf saw how a woman she wanted to interview was taken away unceremoniously in Moscow:

According to the Russian human rights organization OVD-info, more than 700 people have been arrested in 32 cities.

Reports of demonstrations come from the city of Khabarovsk, in the far east of the country, from Novosibirsk in Siberia and from the capital Moscow. People have also been arrested in cities such as Saint Petersburg, Yekaterinburg, Perm, Tomsk, Irkutsk, Ufa, Ulan-Ude.

Protests and arrests in Russian cities after mobilization order

In the past week, the police have also detained hundreds of people for participating in demonstrations.

The opposition movement Vesna and opposition leader Navalny, who is imprisoned, have called on Russians to take to the streets and join the demonstrations.

The protest is less and less. I think most people are mainly concerned with the new reality; what will happen to me? But also because the repression here is increasing day by day. You only have to stand in a square and you end up in a police van.

The protests today were quite small anyway; they were crushed before they could even begin. But they were also really smaller than last Wednesday, partly because the organization is getting worse. Many activists are in prison or abroad. And people are afraid.

Most protesters are taken to local detention centers and held there for a few hours or a few days. Some are fined or jailed. We also hear stories of people who would receive their call-up letter from the army at the office, but that is still difficult to independently verify. But people who are released again also suffer the consequences. Some protesters lose their jobs or study places after the protest.

There was also a protest in the Netherlands. At the Russian embassy in The Hague, Russians demonstrated against the war, against mobilization and against President Putin. It was estimated that about a hundred people were there.

The demonstrators carried Ukrainian flags and protest signs with texts such as Putin is a killer and Drop Putin, not bombs.

Protesters also called for Putin to be tried at the International Criminal Court in The Hague. According to reporters at the scene, the protest passed without incident.

Protesters in The Hague at the embassy of Russia