NBA 2K23 brings the fun back to the game. The game resembles its predecessor in few aspects. While that is an advantage in many ways, it also poses some problems for the game.

This review is about the PlayStation 5 version of NBA 2K23.

A lust for the eye

Graphically, NBA 2K23 is undoubtedly one of the most beautiful games to play on PS5. If you compare it to FIFA 22, the players look really lifelike. With that, it really distinguishes itself, because you don’t expect something like that from a sports game. We must admit that predecessor 2K22 also looked nice. Sweat pours off the players and the courts look like you’re standing in the arena yourself. So nothing to worry about.

Let’s talk about the gameplay for a moment, because that caused quite a stir this year. NBA 2K23 is a completely different game than its predecessor. That may sound strange, but in sports games it often happens that a game is quite similar to its predecessor. The sequel is then jokingly called NBA 2K22.5, but that is not necessary in this case. The game is a bit less arcade than 2K22 and because of that the pace of the game has been screwed down a little bit. Because of this you really have to do your best to learn all the new moves and animations again, because there are a lot of them. Especially the depth in animations is striking. From stepbacks, to post moves and triple threat moves. Everything has been given extra animations that can add extra depth to your game. When you continuously repeat the same trick, you have been seen. Even when you have the controls well under control, there is still a lot to learn tactically in NBA 2K23.

I do have the feeling that some parts in the game still need to be tweaked. It is quite difficult to review NBA 2K, because while inside scoring is still incredibly powerful at the time of writing, that could be completely different in a week. Shooting is perfect in my opinion. It’s no longer the case that everyone shoots everything by default. You actually have to time your shots right to hit them. In 2K22, 99/100 slightly late or early shots also flew in, thankfully that’s a thing of the past. As they always say at Lingo: GREEN! Those improvements in gameplay are also accompanied by some very important quality of life improvements. For example, it is finally possible to have coach settings memorized by the game. With almost all previous editions you had to set all settings correctly for every game before you could actually start playing. Fortunately, something has been done about that, because you can now just adjust everything from the main menu as it should.

Unfortunately, that quality of life is not applied to the microtransactions from NBA 2K23. We would have liked it to be less necessary to invest in VC, as the currency in the game is called, but that is not the case. In fact, it costs a lot more to upgrade your character with VC in MyCareer than in previous years. VC is a currency that can also be unlocked by playing a lot, but this year the players are asking a lot. If you want to play online, you are almost obliged to invest in NBA 2K23 on top of the base game before you can really get started with MyCareer. If you only play offline or are not in a rush in the online world then this is no problem, but it has stuck for years as a slur on the great sports game franchise that is NBA 2K. 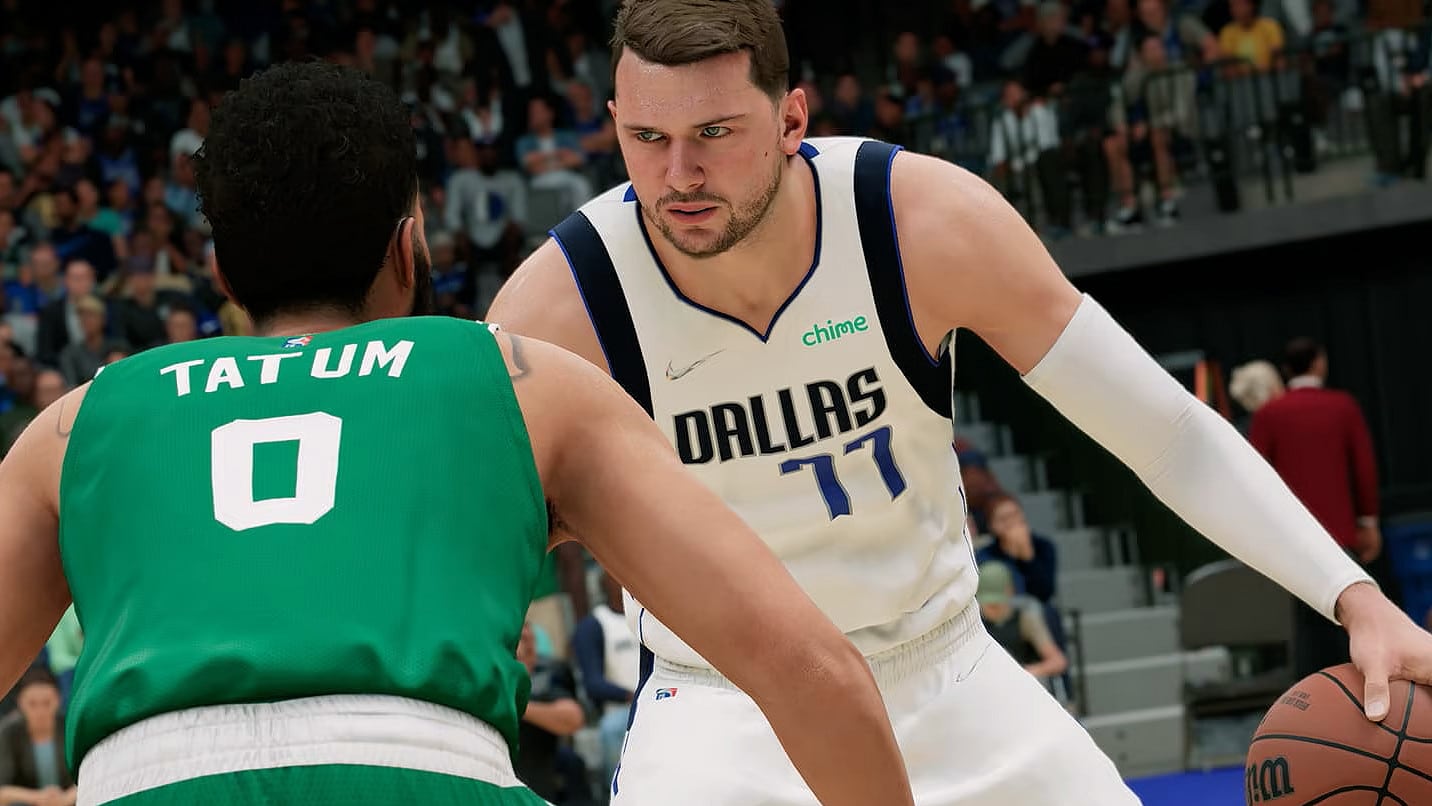 In terms of content, 2K seems to be a good example of FIFA, if we can compare it with another sports game. MyTeam and MyCareer are home to dozens of hours of fun. This was actually the case last year, but there’s a lot more to do now that makes it almost impossible to play both at the same time.

For example, in MyCareer and MyTeam you have a kind of free battle pass every season where you unlock all kinds of rewards for your character or your team respectively. Last year it was sometimes the case that you had done most of the game in the game, but that will definitely not be the case this season. One of those really cool additions is Triple Threat Online: Co-Op in MyTeam. This makes it possible to compete with friends against other players, and then collect rewards for your team together. For years MyTeam was a fashion where you mainly worked alone, but now it is also possible with friends.

Important changes have also been made to Unlimited. It’s still the hardcore mode it always was, but it’s now also possible to get rewards here if you’re a lesser god in the game. You earn points after a match, instead of winning or losing. You have to reach a certain threshold to unlock a reward. As mentioned, you can also achieve that by simply playing a lot and winning less often. 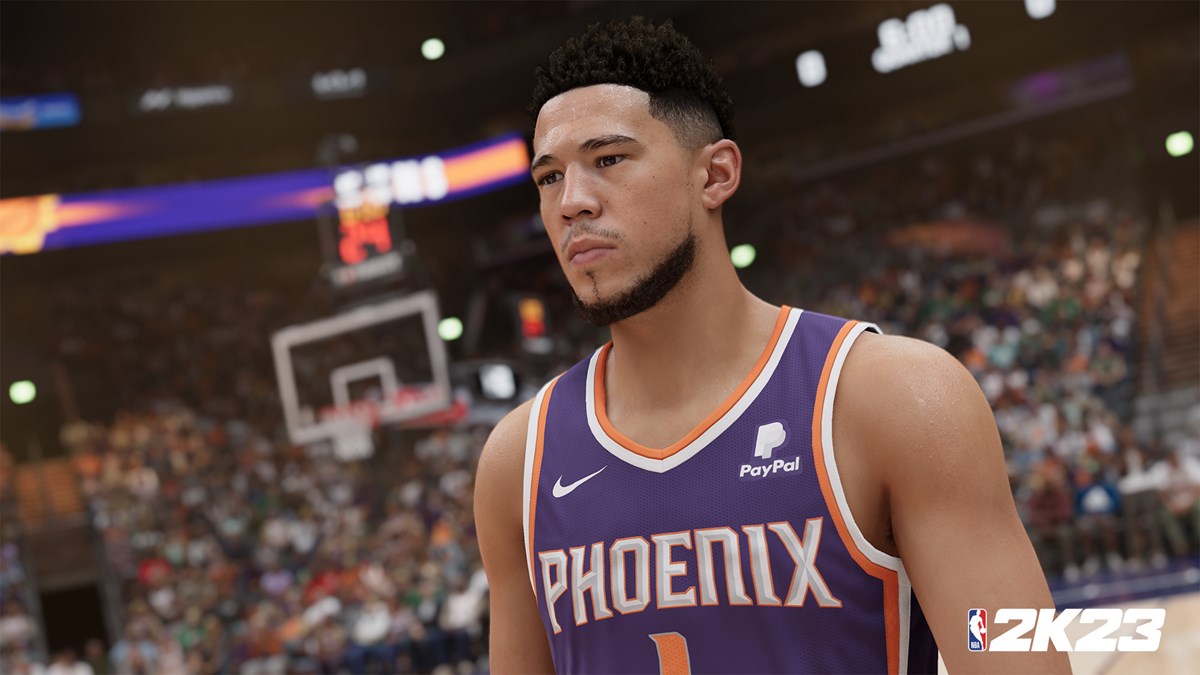 Then I want to say something about the different editions. While it’s not really part of the game itself, 2K is releasing the Championship Edition this year. This is a must have for real basketball fans. The edition costs €150. That sounds like it’s on the high side, but the opposite is true. With this edition you get access to a full season NBA League Pass, with which you can see the entire upcoming season of the real NBA. Kind of like you could watch ESPN by buying FIFA. Normally, such a season of League Pass for next season already costs $130, making the game a bargain in principle. But as I said, you have to follow the sport very fanatically for this.

NBA 2K23 brings many improvements and the players have to relearn how to walk. That is generally a good sign. The game therefore feels fresh, with countless new animations and good graphics. Shooting finally feels right, although it sometimes takes some practice. The game plays at a somewhat slower pace, but is therefore more realistic instead of more arcade. Still, the game comes with a sour aftertaste, as microtransactions are even more important.