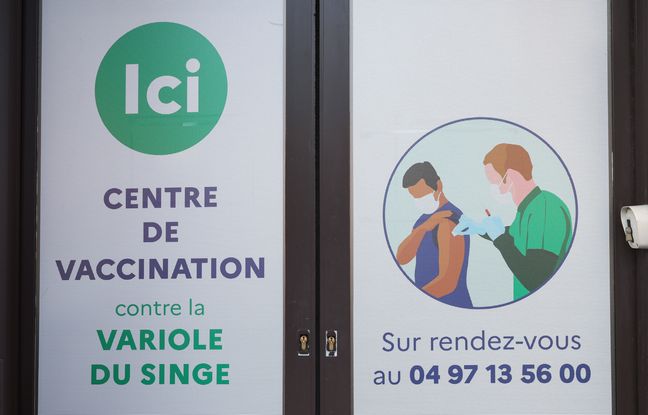 A new step in the fight against the epidemic. The government on Friday extended the possibility of vaccination in pharmacies against monkeypox, a measure taken at a time when the epidemic is slowing down markedly in France and, more broadly, in Europe and America. Vaccination against monkeypox will be possible “in the pharmacies designated by the director general of the regional health agency”, according to a decree published in the Official Journal.

Currently, vaccination against monkeypox mainly takes place in dedicated centres, for example in hospitals, and only five pharmacies can take part in it within the framework of a limited experiment. Asked by AFP, the Directorate General of Health (DGS) clarified that, for the time being, 25 French pharmacies had been designated to carry out the vaccination. Among the original five, some are part of it but others have abandoned the experiment.

One hundred cases for a week

For a week, less than a hundred cases have been reported in the country, according to a point published Thursday evening by the agency Public health France, while this weekly figure was around 500 at the start of the summer. More broadly, last week “the number of monkeypox cases reported in Europe and the Americas declined, contributing to a global downward trend since August,” the World Health Organization (WHO) summarized. in a report given on Wednesday.

The presence of the disease is unusual in these regions of the world, as monkeypox has also been observed for several decades in about ten African countries.