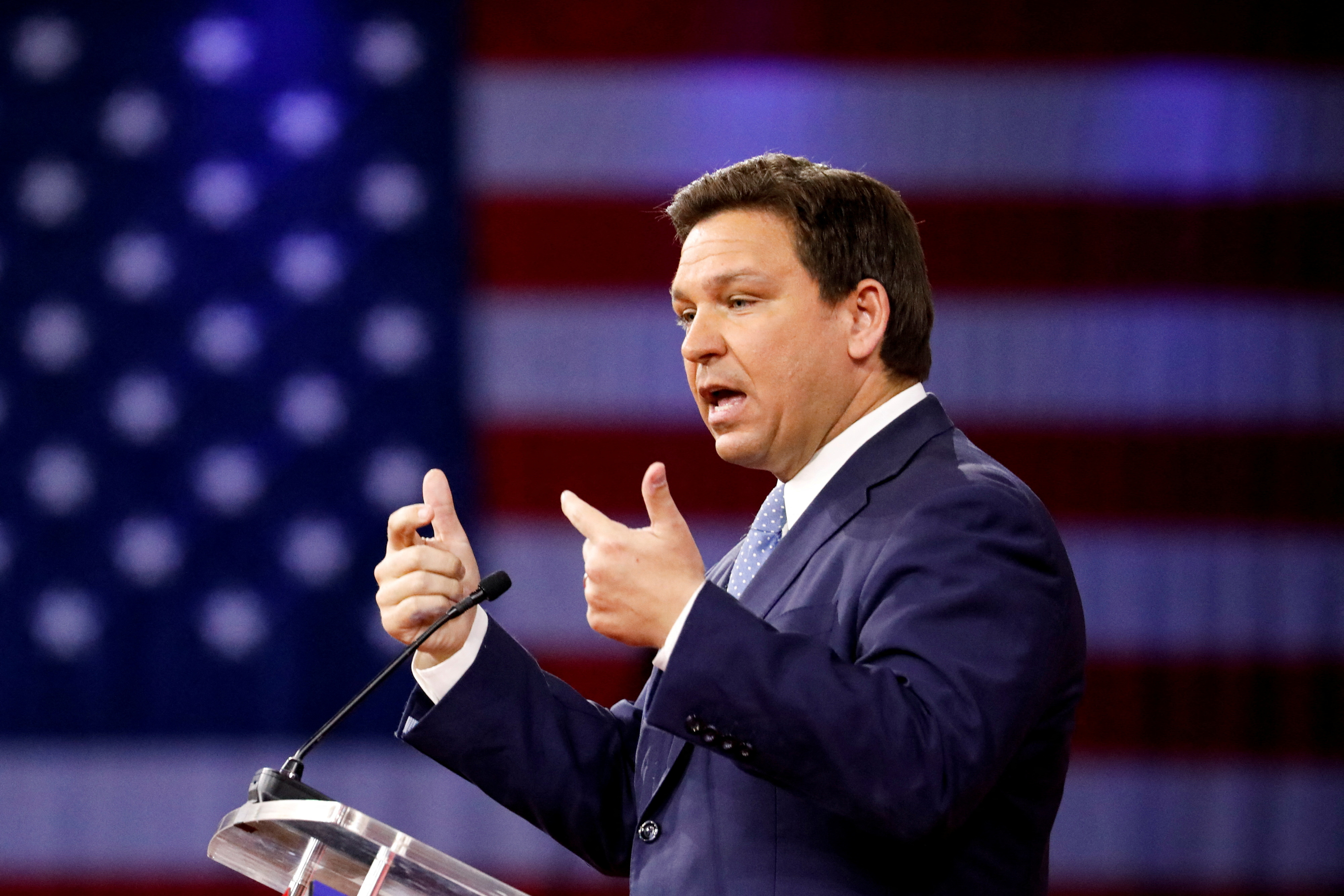 The governor of Florida, Ron DeSantis, extended the emergency due to the passage of storm Ian

Florida is preparing for the passage of storm Ian, which is why Governor Ron DeSantis extended the state of emergency to the entire territory this Saturday. The tropical storm is expected to hit the coast of the state, already upgraded to a major hurricane.

DeSantis issued a statement explaining the threat posed by the storm – which could reach the territory with a Category 3 – and adds that “it requires timely precautions to be taken to protect the communities, infrastructure and general well-being of Florida.”

The measure was already in force since Friday in 24 of the 67 counties and, now, it has been extended to the entire state. Thanks to this expansion, “important resources and support will be made available, as well as freeing up sources of funding for emergency protection measures,” the Governor reported. He also said that “members of the Florida National Guard will be activated and awaiting orders.”

In addition to the US coasts, on the forecast track the storm is also expected to hit Cuba, southwestern Jamaica and pass near the Cayman Islands.

The latest weather report from the National Hurricane Center (NHC) at 5:00 PM EDT reported that Ian’s passage is expected to cause heavy rains, flooding and landslides particularly in Jamaica and Cuba. It is also expected that, when it makes landfall in Cuba, it will already have a category 3, which would bring hurricane-force winds.

For the Grand Cayman, the alert applies mainly from the early hours of Monday due to a hurricane or possible tropical storm. 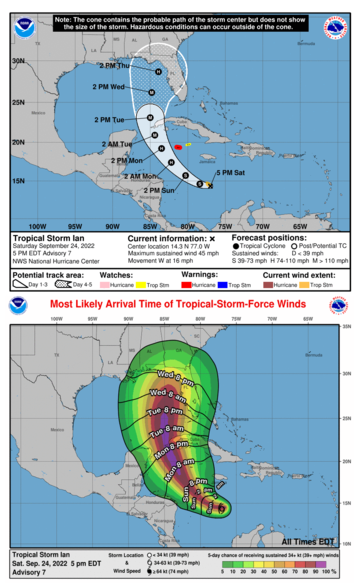 In addition, possible flooding, rain and strong winds are expected for Florida, starting Monday. Thanks to a slight detour to the west, the Keys and a part of the metropolitan area of ​​Miami-Dade and Broward counties were momentarily ruled out, although the NHC does not rule out that the situation changes and remains alert to the path it could take in the next 72 hours.

For this reason, they warn residents to abide by the provisions and recommendations issued by the Government, closely follow weather updates and make sure they have what is necessary in case they need to activate the anti-hurricane protocol. No evacuations have been ordered in any county so far.

“People might think that because they’re not inside the cone, they’re out of the woods, and that thinking is wrong. Residents of the southern peninsula have to remain vigilant,” said Jamie Rhone, director of the NHC. The New Herald.

As a result of this, supermarkets and pharmacies in Florida were filled with people looking to stock up on water, food and basic necessities that could be useful if they had to remain confined due to Ian’s passage.

Given the alerts for the passage of Hurricane Ian, which already extend to all of Florida, people stock up (@TmarTN @ManuelDMons @onlyindade)

Users did not take long to show on social networks the long lines that were generated and the tense climate that existed in the premises. Also, there were already shortages of many products and empty shelves flooded some supermarkets, where only the most expensive items remained.

Miami prepares for the possible impact of a hurricaneMiami: in which months is there a greater danger of hurricanes?Tropical Depression Nine: South Florida and Cuba in the trajectory coneAlert in the Colombian Caribbean due to the formation of tropical depression ‘Nueve’ to the north from La Guajira10 tips for your next trip to Miami