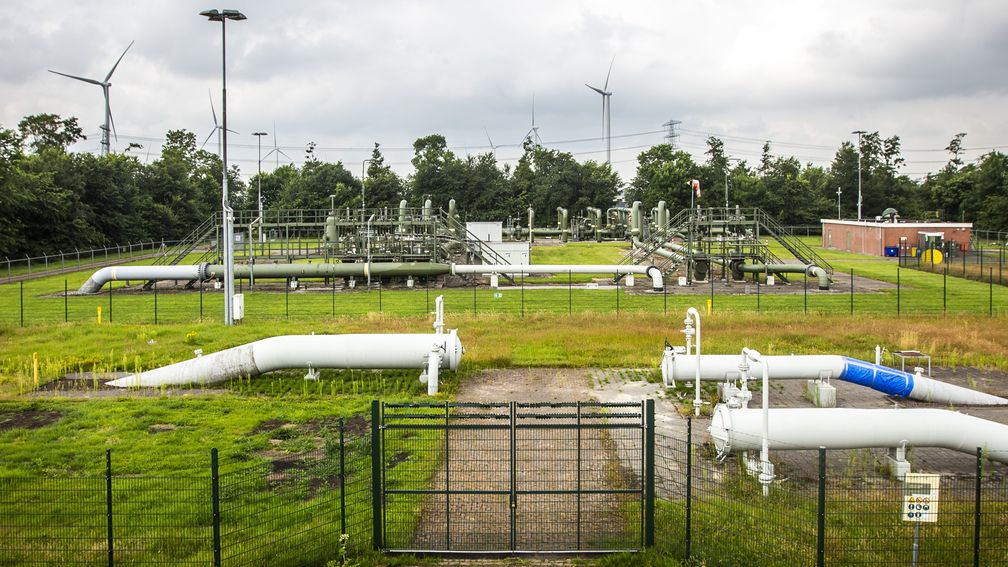 The Council of Ministers will decide today how much gas must be extracted from the Groningen soil in the coming gas year (from 1 October to 30 September). The outcome will be announced in Groningen on Monday.

Traditionally, gas extraction company NAM receives the final gas decision from the Ministry of Economic Affairs before 1 October – the start of the new gas year. In any case, Vijlbrief wants to keep the field open in the coming year by putting 11 wells on ‘the pilot flame’.

According to him, this requires that another 2.8 billion cubic meters of gas is extracted. This will allow compressors needed to get the gas out of the ground to continue to operate and the remaining wells to remain operational. Under his predecessor Eric Wiebes, wells have already been sealed with concrete, because gas extraction would stop completely in 2022.

There is a lot of pressure on Vijlbrief to increase gas production again, because of a possible gas shortage in the winter and high gas prices. But the State Secretary does not want to extract more gas for the time being, because extraction in Groningen is still not safe.

Thousands of buildings already need to be reinforced, with the current low production. If production is increased again, the seismic risk will increase and, depending on the amount of gas to be extracted, many more houses will have to be reinforced to meet national safety requirements.

Vijlbrief explains in the NOS-NPO Radio 1 podcast Groningen gas, gained or lost? explains that he regularly goes to Groningen to hear from victims there what problems they encounter with the damage settlement and the slow reinforcement operation. At least 13,000 buildings need to be reinforced so that they do not immediately collapse in the event of more severe earthquakes. Despite the already reduced production, this must still be taken into account.

The stories of the Groningen residents strengthen his conviction that gas extraction must come to an end as soon as possible. But he also says: “I’m under a lot of pressure, I hope I win that fight.”

About Scenarios “What if…?” Vijlbrief does not want it yet, he says that they are not yet on the agenda this year. In April next year, he must decide on filling the gas storage facilities in Norg and Grijpskerk for the winter of 2023-2024.

No effect on gas price

A frequently heard argument to open the gas tap further is the current high gas price. But according to Vijlbrief, more Groningen gas will not bring the price down. “I am an economist and most economists agree with me that extracting more gas in Groningen has no effect on the price. The gas market is a very large market, involving many billions of cubic meters. The economy learns that if you just a little bit, that this has no influence on the price.In addition, Groningen gas is a different type of (low-calorific) gas than that on the world market,” explains Vijlbrief.

Nobel Prize in Chemistry to three scientists for “uniting molecules”

Weather in Guadalajara today: the forecast for Wednesday, October 5, 2022

Videos | Suspects in US collide with truck during flight

EU to review the safety of its gas pipelines after leaks