Belgian Minister of Justice threatened, three arrests in the Netherlands 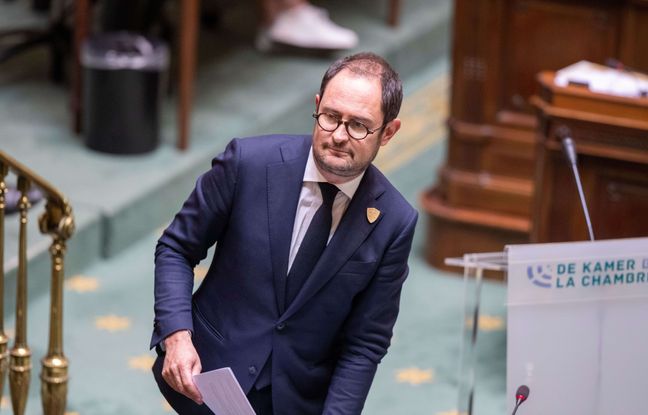 Belgian Justice Minister Vincent Van Quickenborne has been placed under increased police surveillance and three suspects have been arrested in the Netherlands following a “threat” against the official, the federal prosecutor’s office announced on Saturday.

According to the Flemish daily Het Laatste Nieuws, “at least” an assault rifle and bottles filled with petrol were discovered inside a vehicle registered in the Netherlands, spotted near the minister’s home in the suburb of Kortrijk (north-west).

A transfer to Belgium requested

The Belgian federal prosecutor’s office, which did not want to confirm this information, said in a press release that three people had been arrested overnight from Friday to Saturday in the Netherlands.

They are three men of Dutch nationality, aged 20, 29 and 48, a spokeswoman for the Dutch prosecutor’s office in The Hague told AFP. Their transfer to Belgium has been requested.

“My family and I are safe. Our fight against organized crime continues. With more manpower and resources than ever. We will never bow to violence, ”reacted Mr. Van Quickenborne on Twitter.

The Belgian federal prosecutor’s office specifies that it “was informed during the last week of a possible threat” to the Minister of Justice. An investigation, entrusted to an investigating judge, “quickly indicated that this threat should be taken seriously”, he adds.

The minister has been placed under enhanced police surveillance, and will not take part in certain activities planned for the “coming days”. The prosecution declined to provide any further details of the investigation.