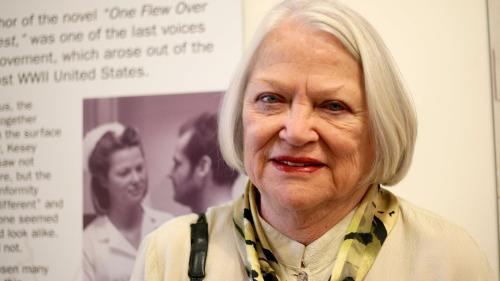 American actress Louise Fletcher has died in France at the age of 88, American media reported on Friday. The information first came from site Deadline, according to which the family of the artist transmitted the news to his agent David Shaul. Louise Fletcher died at her home in Montdurausse (Tarn), specifies the site.

Born on July 22, 1934 in Birmingham, Alabama (United States), Louise Fletcher grew up with deaf parents. She began her career in the 1950s in television series before taking a ten-year break to raise the two sons she had with producer Jerry Bick.

She returned to service in 1974 in the film We Are All Thieves by Robert Altman. But it was Flight over the Cuckoo’s Nest, Miloš Forman’s multi-award-winning masterpiece, which gave her the consecration in 1975. She shared the bill there with Jack Nicholson. Louise Fletcher won the Oscar for best actress in 1976. Isabelle Adjani was also in the running for her performance in L’Histoire d’Adèle H.

When receiving her trophy, Louise Fletcher joked: “You hated me so much that you are rewarding me for it.” Then she uses sign language to thank her parents, who are both deaf: “To my mother and father, I want to say thank you for teaching me to have a dream. You are seeing my dream come true. Thank you !” (see 2nd tweet below). Her most notable role will remain that of nurse Mildred Ratched in this striking film whose main character was played by Jack Nicholson, and which also earned her the Golden Globe and the BAFTA for best actress.

A daughter of deaf parents, the late Louise Fletcher made one of the most touching acceptance speeches in Oscar history https://t.co/ebHA97jRoW pic.twitter.com/u8lCmkZ7dF

In 2003, an American Film Institute ranking made Nurse Ratched one of cinema’s most heinous “villain” or “villain” roles, surpassed only by Hannibal Lecter (The Silence of the Lambs), Norman Bates ( Psycho), Darth Vader (Star Wars) and the Wicked Witch of the West (The Wizard of Oz).

Louise Fletcher saw in her a nurse who was all the more formidable because she was convinced that her vocation was noble and her actions just. She had also imagined a woman strongly attracted to the character played by Jack Nicholson. “She takes care of (the) patients and they have to pretend that they are happy taking medicine or listening to this music (played for them). So that she herself feels happy to be who she is” , deciphered Louise Fletcher.

She was also a figure of American television, turning in series like The Incorruptibles in her young years, or Star Trek: Deep Space Nine in the 90s. She was nominated for the Emmy Awards for her roles in the television series Picket Fences (1996) and Joan de Arcadia (2004).

Louise Fletcher starred in two episodes of the Netflix show Girlboss in 2017, according to IMDb.com.