“The trial of the drama of Millas is a test” 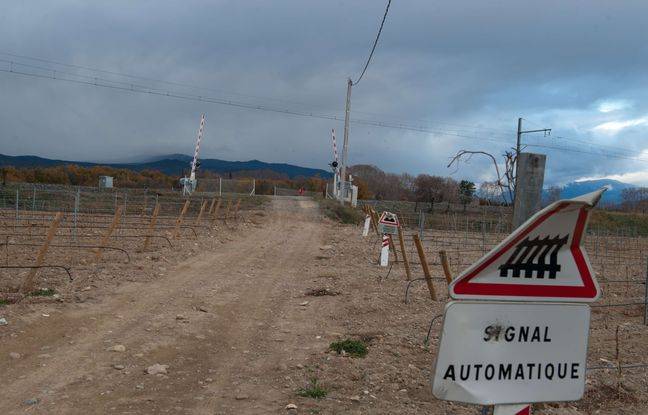 Almost five years that it was awaited by the families of victims. And only four days after the start, the difficulties in holding such a hearing are salient. This week opened before the Marseille criminal court the painful trial of the tragedy of Millas, which occurred in this small town in the Pyrénées-Orientales on December 14, 2017. That day, six schoolchildren lost their lives in a collision between a TER and a school bus driven by Nadine Oliveira, the only defendant in this case.

The first week of debates was abruptly interrupted after the driver felt unwell. First taken by a fit of tears, Nadine Oliveira has since been hospitalized for heart failure, leading the court to suspend the hearing. “My client is in intensive care in the cardiology department of the North hospital, his lawyer, Me Jean Codognès, told 20 Minutes. She has broken heart syndrome, also called Tako-Tsubo. It’s a heart attack caused by too strong an emotion.

Proof if any of the grueling nature of such a trial, for all parties. “My client also experienced a trauma,” says Me Codognès. She has a moral wound: that of having driven this bus. It’s been four and a half years that all the psychologists tell him that he must forget. She does not forget. They resort to a kind of chemical straitjacket but that does not evacuate his suicidal problems. »

The Marseille public prosecutor’s office had also anticipated the phenomenon by providing the defendant and the families of victims with dogs aimed at freeing speech, while members of the association Help for victims of delinquent acts sit permanently on the within the court for the duration of the hearing. And the president of the court, Céline Ballérini, reputed to be as human as she is firm, admitted to ending what she herself describes as “a trying week”.

“A pain to be confronted again with this tragedy”

“My clients experience this with a lot of emotion, abounds Me Gérard Chemla, lawyer for many civil parties. They had the feeling that a valve in the driver had opened. And it is reassuring for them to see how this trial can be felt as painfully as it is for us. This trial is an ordeal in itself. It’s quite paradoxical. There is both a feeling of liberation because we are moving towards the truth, and therefore an appropriation of the drama. And at the same time, there is the pain of being confronted with this tragedy again. »

“This trial is difficult, it was necessarily predictable, annoys on the contrary Me Vanessa Brandone, who also defends bereaved families. As a lawyer, given the facts and their intensity, we suspected that there would be a lot of emotions on both sides. But it’s even more difficult when you see the attitude of the defendant who doesn’t say much. As soon as we triturate her a little, she cries and she no longer speaks. “We, the families in pain, were present during this hearing, plague in a press release Fabien Bourgeonnier, father of a deceased victim and president of the association In memory of our angels. For almost five years, we have been silent, crying in silence and we went to this trial with dignity, without crisis or insults, just to know the truth. »

And to worry: “Are we going to have to be forced, once again, to undergo all that and have to attend our trial without his presence. Unable to ask important questions and receive the answers to which we are victims…” According to Me Codognès, if his client’s life is not in danger, his presence on Monday for the second week of the trial remains uncertain at a time when these lines are written.

Weather in Mazamitla today: the forecast for Tuesday, September 27, 2022

Border between Venezuela and Colombia now open to trade again