Surinamese team makes Almere look like a tropical resort: ‘It makes you emotional’ 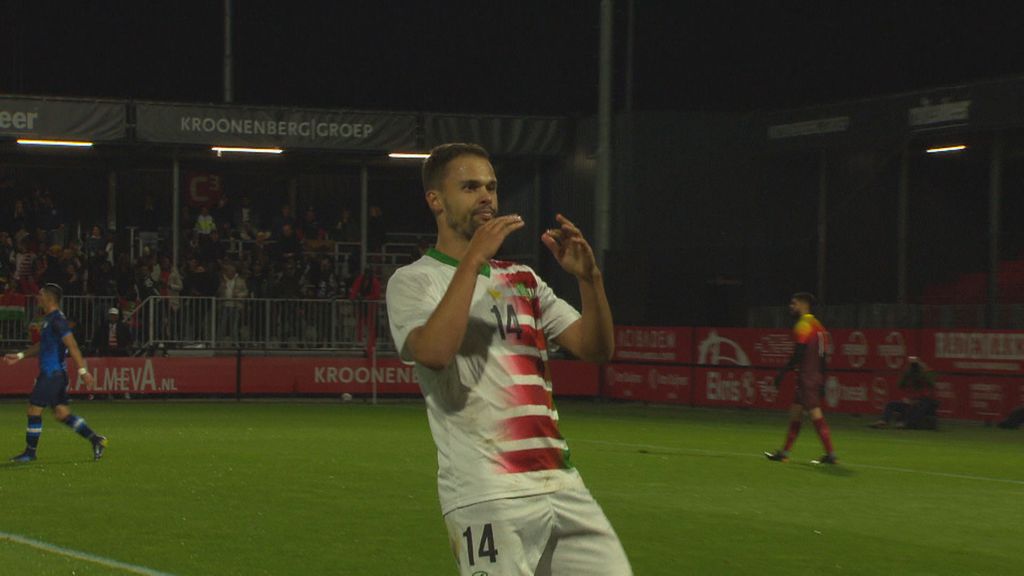 Suriname practices in Almere against Nicaragua

A reunion of friends, a family reunion, a celebration of recognition. Throw those three together and you pretty much get the atmosphere of the practice match Suriname-Nicaragua in Almere. And oh yes: the delicious food should of course not be forgotten.

“We have brown cake, yellow cake, marble cake. Oh boy it’s so delicious. You can literally taste the Surinamese atmosphere!” It’s not because of the enthusiasm of the catering. Rows thick it stands for the pom and bakkeljauw sandwiches, typical Surinamese dishes.

Outside, a drum band is ready to warm up the fans with traditional music. “Dance music, because we do everything with music, huh”, a drummer winks. “Swinging is our thing!”

The solidarity is tangible in Almere, where the national team practices against Nicaragua (FIFA ranking: 139, Suriname is number 143). The location is nice for the many Surinamese in the Netherlands, but above all just convenient. 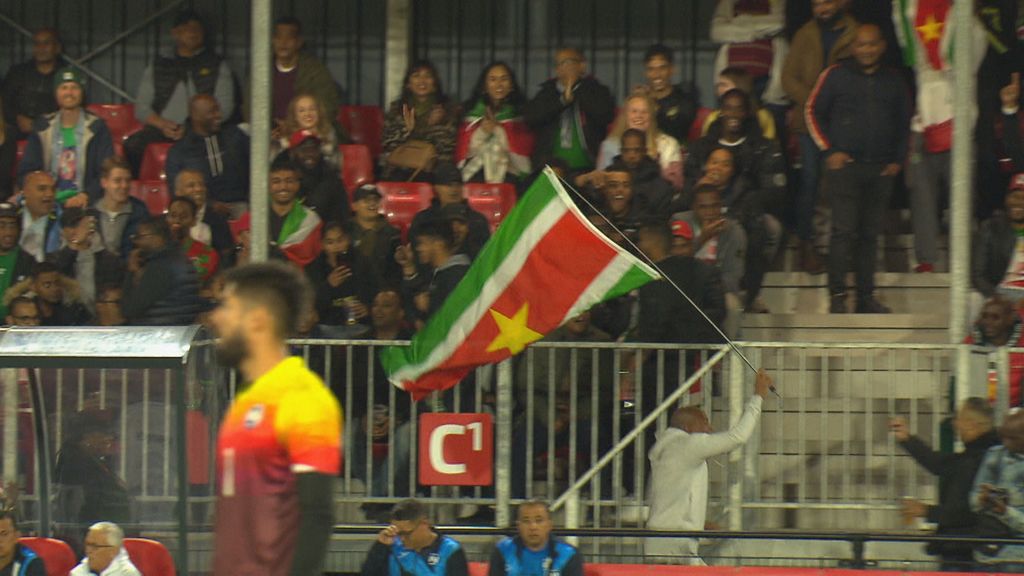 Supporters proudly walked through the stadium with the Surinamese flag

Most players of the ‘Natio’, the nickname of the national team, play football in Europe and are in the Netherlands. That saves another jet lag, which makes the clubs happy again.

But the biggest winners are the fans. Many Surinamese living in the Netherlands are only too happy to come to Almere to encourage their team. With about 3,500 supporters, the stands are much better filled than during Almere City matches.

The match is alive, Diego Biseswar, who plays at PAOK Saloniki, also notices. “Normally, my father calls me twice a week, recently it was four times. And each time it was about Suriname. Whether I already had a ticket for him.”

The national coach, interim coach Aron Winter, is from the neighbourhood. He therefore enjoys extra. “If you come here and you hear the Surinamese music, you smell the food and you see that great atmosphere, you are actually ahead 1-0,” said Winter, who moved from Paramaribo to Lelystad as a child.

You just feel the support and warmth, it almost makes me emotional.

The latter is one of the goalscorers in the 2-1 win. Afterwards, veteran Dion Malone, the 33-year-old former player of ADO Den Haag, NAC and Almere City, is still glowing. “You just feel the support and warmth, it almost makes me emotional.”

Although Suriname had a hard time against Nicaragua – the winner fell just before time – the team has a lot of potential on paper. In March, the team hopes to qualify for the Gold Cup.

Whether that is with Winter remains to be seen. The interim coach remains silent about his future. “I want to play these duels first, before I evaluate”, he also refers to the practice match with PEC Zwolle, next week behind closed doors.

The atmosphere in Almere was already hard to beat. Even after the last whistle, the delicious food smell comes to you. “We should do this more often,” says a satisfied Biseswar. “It’s just a bit colder here than in Suriname…”