Support for Iranians: protesters in The Hague burn headscarves and cut hair 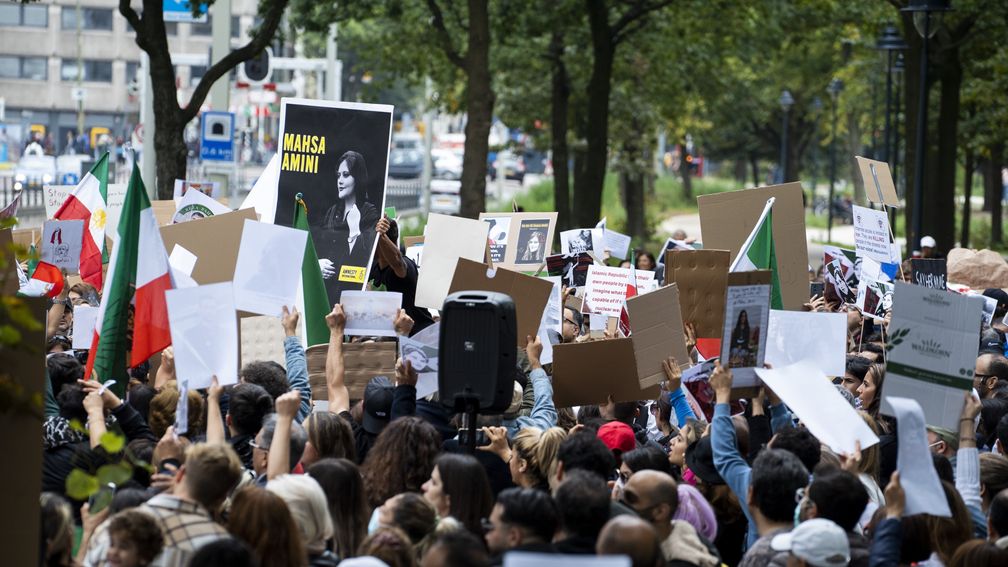 Demonstrations were also held in The Hague following the death of 22-year-old Iranian Mahsa Amini. The woman died last week after being detained by religious police in Tehran for not covering her head. This has to be done according to the strict dress code that Iran has. According to eyewitnesses, she was beaten in a police van after her arrest.

There are angry reactions to Amini’s death worldwide and in Iran. Iranian women burn their headscarves and cut their hair. Large protests have erupted in several cities, also chanting anti-government slogans and shouting, among other things, “Death to the dictator”, referring to Ayatollah Khamenei.

Also at the House of Representatives building in The Hague you can hear, among other things, “Death to Khamenei”, “Down with the dictatorship”, “Gone, gone, murderer”. About a hundred demonstrators stand there with Iranian flags and banners. As with the protests in Iran, some women cut their hair, others burn headscarves.

While protesters in The Hague called for the fall of the Iranian regime, some of the women had the scissors put in their hair:

The organization says it lacks support for Iranian women in the Netherlands and would like the House of Representatives to make a statement against the Iranian regime. Co-organizer Shirin Ghahramani is very touched by the protest in Iran, she said this morning in the NOS Radio 1 Journaal. “I have great respect for the protesters there and am very proud of how they stand up to the dictatorship and the violation of human rights in Iran.”

She sees the latest protest movement as an expression of the frustration that has built up over many years. “That unrest has always been there. People are so done with it. The regime has been trying to press its Islamic norms and values ​​on society for 43 years. Women are the primary target, for example with a law that makes it mandatory to wear a hijab. to wear.”

Ghahramani is not surprised at the magnitude of the many protests. “Mahsa Amini is actually the last straw. People think: we might be the next Mahsa. They are not waiting for that.” What does surprise her is how far the demonstrators dare to go this time. “The Islamic Republic is known for its crackdown on protests,” she emphasizes.

Carlos III: They present the first coins with the image of the king, get to know them! (PHOTOS)

They found a narco-grave of the Michoacana Family in Edomex