Strike at the RTM, disruptions on the transport network 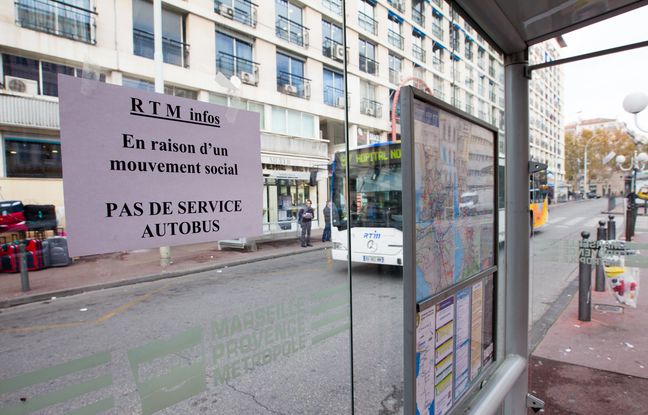 Disruptions on the Marseille transport network are expected this Friday due to a call for strike by the CGT and FO against the lack of staff, warned the metropolitan transport authority (RTM) on Thursday.

The RTM announced on its site that “disturbances are to be expected” on the entire network of the second city of France, specifying that buses and trams will be particularly affected.

One in three buses

In the morning during peak hours, only one in three buses is expected to run on several lines and some will be closed. A metro will pass every five minutes on the only two lines that cross the metropolis.

The CGT RTM and FO RTM unions called for a strike a week ago to denounce the “lack of staff” and the “severely degraded general working conditions”, according to them. They claim an “increase in tenure and the reduction of fixed-term contracts”. The RTM employs 3,600 people and uses 36 metro trains, 32 tram trains and 611 buses circulating throughout the Marseille conurbation.

Brazil, suspended coaches and Gruda on the menu of “The Crusaders, you know”

Afghanistan: Taliban fire in the air to disperse a demonstration in support of Iranian women

Since the reversal of the burden of proof, 22 discrimination reports about the Tax and Customs Administration

UPDATE 1-North Korea fires a ballistic missile off the east coast, according to the South