the encounter occurred during his attendance at the General Assembly of the United Nations Organization (HER).

“I had a cordial conversation with Dmytro Kuleba, Minister of Foreign Affairs of Ukraine. He thanked Mexico for its efforts in the Security Council“He wrote on social media. 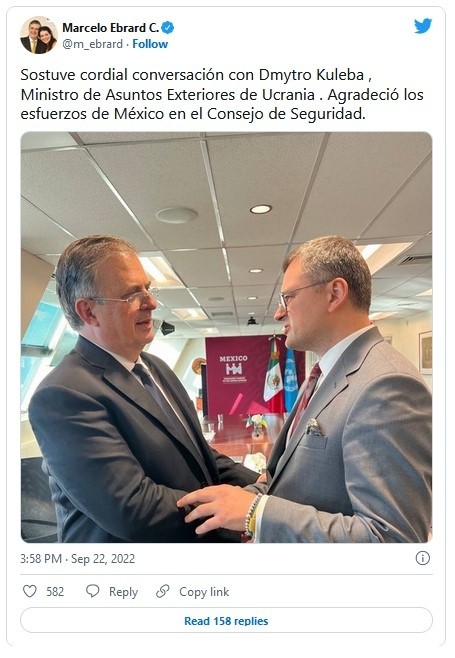 This Thursday, the foreign minister presented to the UN Security Council the plan to resolve the conflict between Russia and Ukraine proposed by President Andrés Manuel López Obrador.

However, the official did not refer to the opinion of the Ukrainian government on this plan.

The proposal consists of the creation of a committee in which heads of state participate, including inviting Pope Francis, in order to mediate the conflict that began seven months ago.