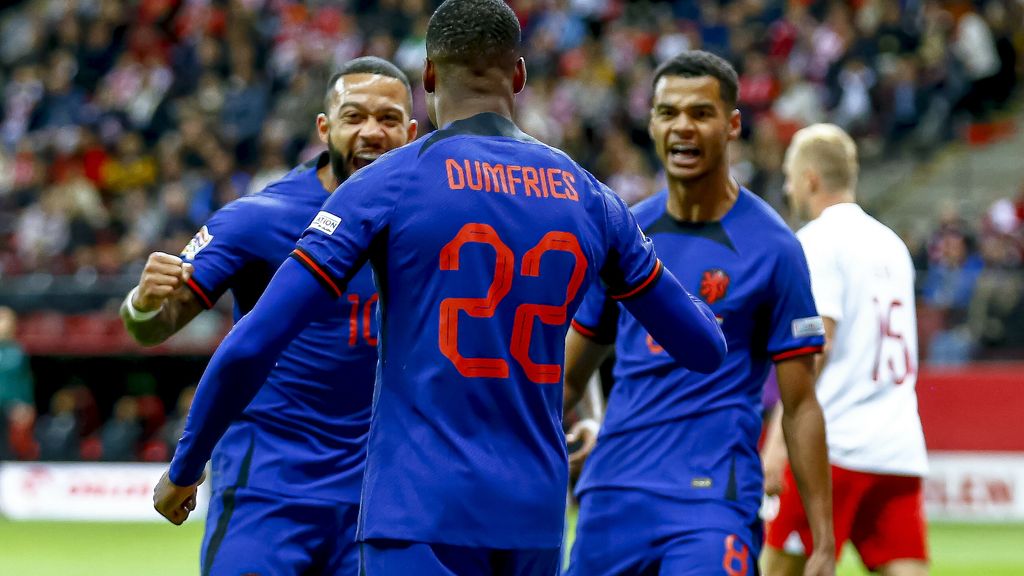 View the summary of Poland – Netherlands

With a 2-0 victory over Poland in Warsaw, the Dutch national team has virtually secured a place in the final round of the Nations League. More importantly for national coach Louis van Gaal was that the match also made him wiser towards the World Cup. The withdrawal of Teun Koopmeiners and Memphis Depay was worrying.

For three players in particular, the duel with Poland in view of the World Cup presented an opportunity. Ajax keeper Remko Pasveer made his international debut on goal at the age of 38. Only Sander Boschker (39 years, 224 days) was older in 2010 at his first game in Orange. 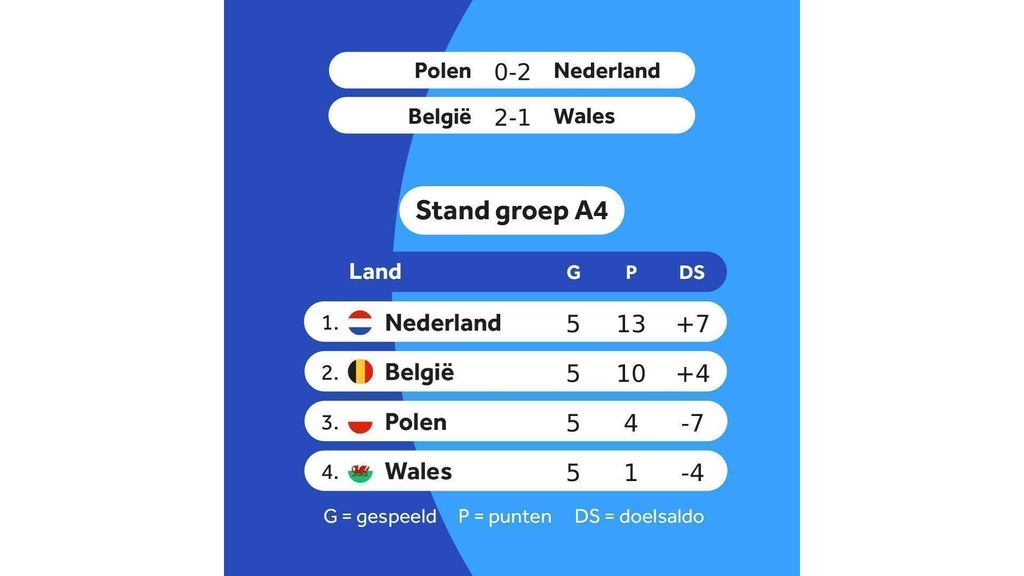 In midfield, Teun Koopmeiners got a chance near Frenkie de Jong and PSV player Cody Gakpo was allowed to show it at ten, the position behind the two strikers Memphis Depay and Steven Bergwijn. This was at the expense of Steven Berghuis and Davy Klaassen respectively.

It was soon over for Koopmeiners. The Atalanta midfielder remained groggy on the ground after an aerial duel with the Pole Karol Linetty in the first minute and was taken off the field by stretcher. The sad retreat of Koopmeiners meant an early substitute for Berghuis. 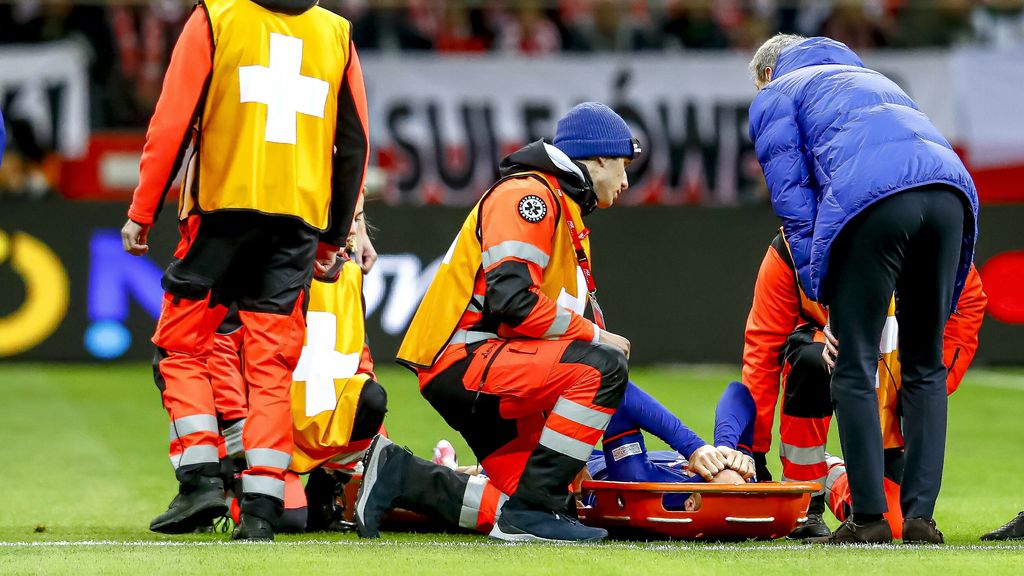 Berghuis eagerly accepted that challenge. The left leg took the game to himself, sprinkled with passes and was the most dangerous man on the Dutch side in the first half. With a turning cross, he offered Daley Blind a chance at the far post, but the latter didn’t hit the ball well.

In the 14th minute, the Orange took the lead after a nice attack over 21 passes. Via Virgil van Dijk the ball came to Denzel Dumfries on the right, Berghuis found Memphis Depay, who sent the ball directly to the in-depth Dumfries and after Dumfries’ cross, Gakpo tapped in.

It was a long wait for the second chance. The Orange danger was limited to shots from Berghuis that went a few meters short of the Polish goal. Only in injury time of the first half did a Dutch counter offer prospects, but Depay failed to bring Bergwijn into position. 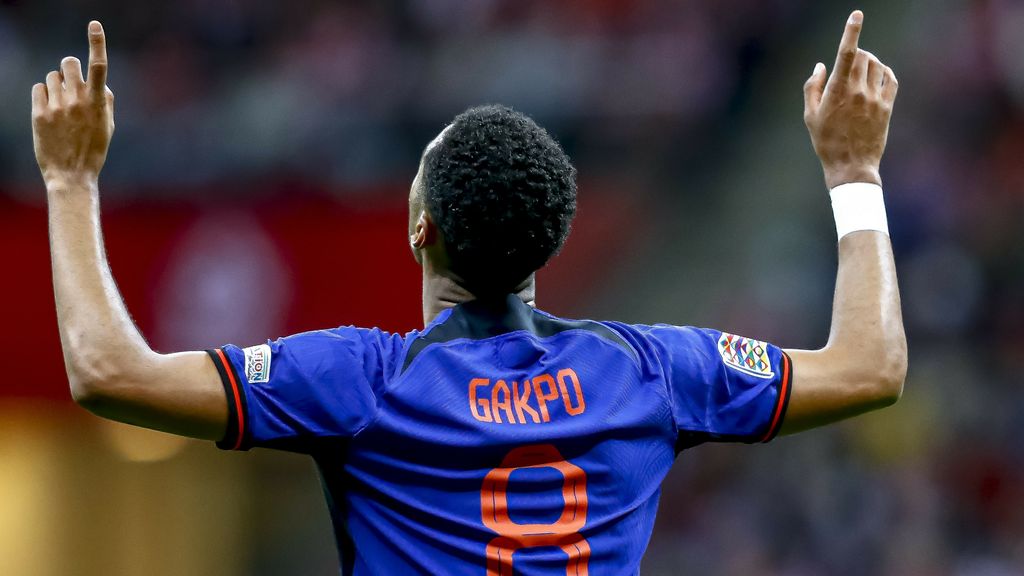 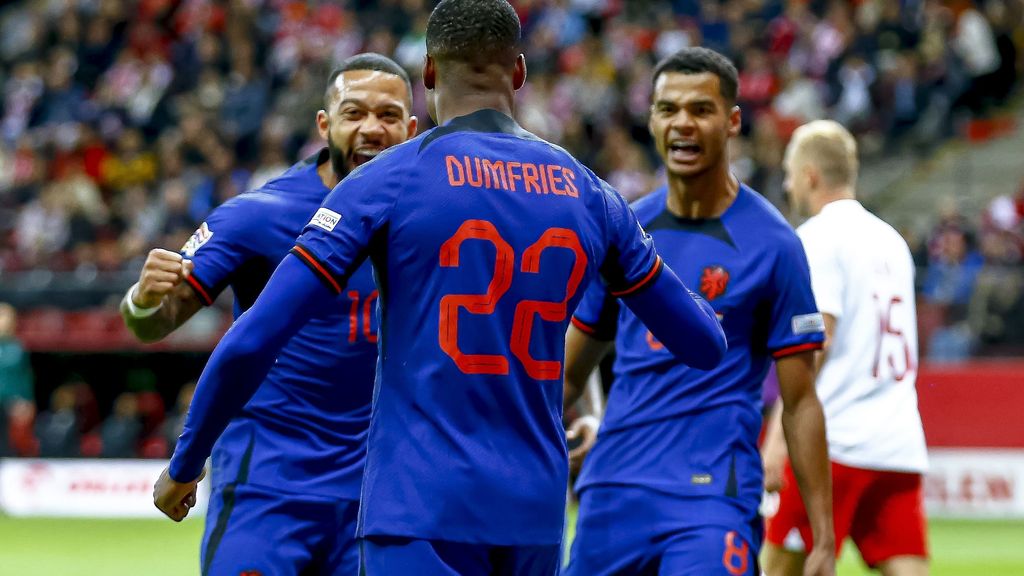 Keeping a clean sheet was a goal in itself for Van Gaal in this international match and for debutant Pasveer, of course. Ajax’s keeper had little to do in the first half and only had to save on a shot by Nicola Zalewski.

After the break, Marten de Roon appeared on the field for Frenkie de Jong, who was replaced as a precaution, and it was a bit of a search for the Orange. And then Memphis Depay also dropped out with an apparently muscle injury. Vincent Janssen was Depay’s replacement.

Just when Poland increased the pressure, ex-Ajacied Arek Milik had missed a huge opportunity from close range and Feyenoord player Sebastian Szymanski had shot wildly wide, an Orange flash brought a goal. After a nice combination with Janssen, Bergwijn made the 0-2. 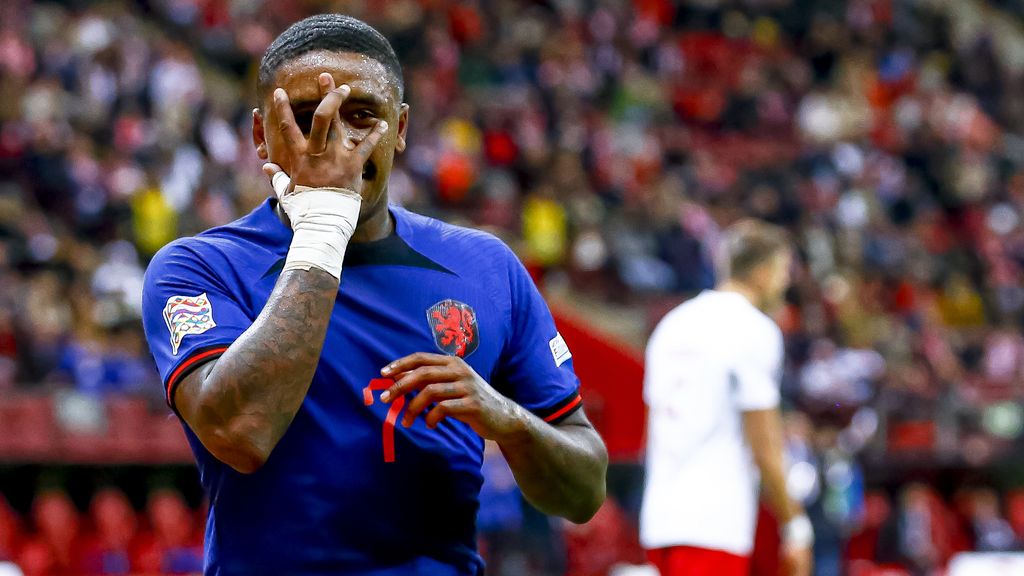 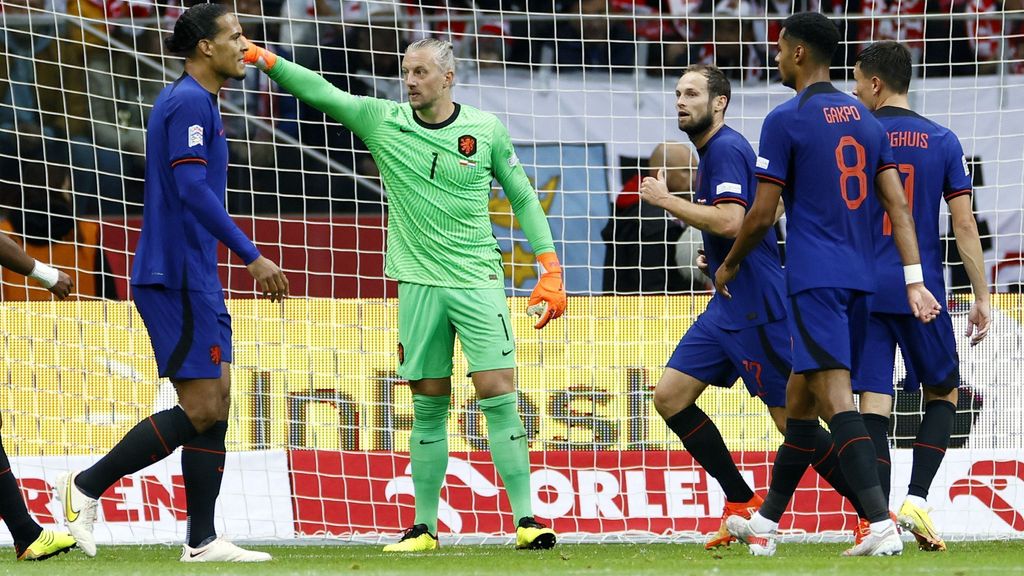 The goal brought peace back to Orange. The match was over and fifteen minutes before the end, Van Gaal brought in a second debutant for Berghuis with Ajax player Kenneth Taylor and another type of striker for Bergwijn with Wout Weghorst.

After a pass from the energetic Taylor, Weghorst could have crowned his substitute with a goal, but the Besiktas striker shot high over. For Pasveer it was important to keep his goal clean in the remaining minutes and the routine succeeded in that. For the first time this calendar year, the Orange did not concede a goal.

It was a successful debut for Pasveer, as the performance of the entire team will satisfy Van Gaal. A convincing victory over a World Cup participant is positive for the tournament in two months. On Sunday, the Orange squad can definitively secure the group win in group 4 of the Nations League against Belgium, which beat Wales 2-1.