Dua Lipa is already in Monterrey, but she took a souvenir from CDMX 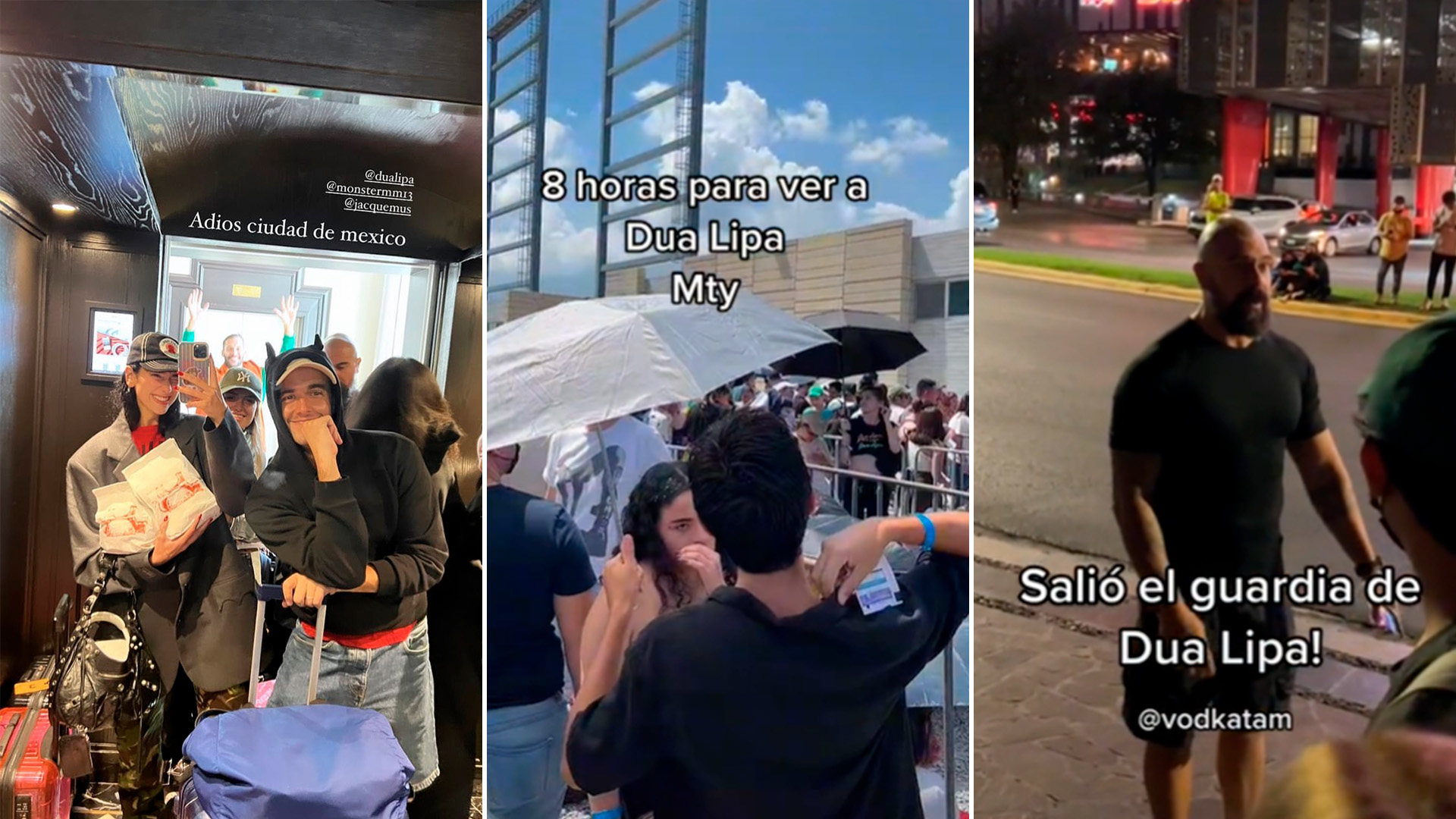 Before traveling from CDMX to Monterrey, Dua Lipa visited a famous taqueria (Tiktok/@vodkadetamarindo//Instagram/@dualipa)

Dua Lipa will perform this Friday, September 23 at the Banorte Stadium, located in the facilities of the Tecnológico de Monterrey. The London singer has already arrived in Nuevo León, but the fans who were waiting for her outside her hotel in San Pedro Garza García could not see her.

Through your TikTok account, the user @vodkadetamarindo shared that he was outside the place where the interpreter of Levitatingbut a member of his security team informed them that he would not leave, as he was resting after traveling from Mexico City.

Before leaving, Dua Lipa bought tacos at Orinoco, a famous taqueria originally from Monterrey that has a branch in the Roma neighborhood of CDMX. The interpreter took them aboard a plane, thus announcing her change of city.

“I loved every moment of the tour this month, tonight the last show in Latin America ~ Monterrey, Mexico… Let’s go!” wrote the beloved pop singer on her Instagram account.

In the series of photographs that she published, Dua Lipa showed how her visit to Mexico City was and highlighted the most iconic moments, from eating tacos to spending a pleasant time with her friends days before the concert at the Foro Sol.

Dua Lipa’s choice for her last dish before leaving CDMX caused all kinds of reactions on social networks. This detail was not the first that caught the attention of the beloved singer, as videos of her dancing reggaeton were also broadcast in Looloo, a nightclub located in the Cuauhtémoc mayor’s office.

It should be noted that it was in this after when Dua Lipa was surprised by the earthquake on September 22, which had an epicenter in Coalcomán, Michoacán.

Dua Lipa fans who couldn’t see her outside her hotel are already lining up for the concert this Friday, September 23, according to videos from the user who calls himself @vodkadetamarindo.

Among the comments, many impressions could be read regarding the lines, since those attending the Dua Lipa concert will wait more than eight hours to enter the venue and enjoy the show. “Wouldn’t they let you stand in line?”, “How do you do with the bathroom and food?” and “Once inside they don’t let you move anymore, right?” were some of the messages that Internet users wrote.

However, an admirer of the interpreter of Don’t Start Now if he managed to take a picture with the singer. The moment was reported by the magazine Chic Mty. “It’s here! @danydiaz_gzz It is one of the first to intercept it in the Sultana del Norte”, could be read in the Instagram post.

It should be noted that although the locations for the Dua Lipa concert in Monterrey were already sold out, the company that organized the event announced that new locations were released at the Banorte Stadium. Apodaca Group indicated that the tickets correspond to partial view places and are already for sale on the internet.

In a few hours, the new places were also fully acquired, it should be noted that the capacity of the Banorte Stadium in Monterrey is almost 10,200 people.

At the moment, Dua Lipa has not published any details about her visit to Monterrey on her Instagram account, as it is likely that she is preparing to give her fans a good show. On his way through Mexico City, he visited iconic places, from the Frida Kahlo museum to El Nido de Quetzalcóatl in Naucalpan de Juárez.

Network user denounced alleged cloning of his ticket for Dua Lipa’s concert at the SolFamosos Forum naked: from Dua Lipa scared by earthquake in CDMX with Aron Piper to Andrew Garfield surfing in Puerto VallartaThis was the route that Dr. Simi who kicked Dua Lipa

Weather in Mazamitla today: the forecast for Tuesday, September 27, 2022

Border between Venezuela and Colombia now open to trade again