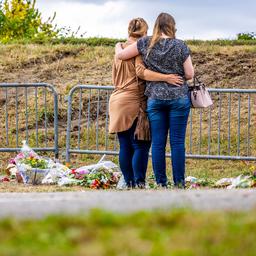 Cocaine was found in the blood of the Spanish truck driver who was involved in the fatal accident in Nieuw-Beijerland at the end of August. The Court of Appeal in The Hague states that there are ‘serious suspicions’ that the man started driving a truck after substance use “including cocaine”. The man does not have to go back to jail for the time being and remains free under “special conditions”.

This means that the man is not allowed to drive any motorized vehicle. The man must also “cooperate in everything surrounding this case” and be present at substantive sessions of the criminal case, the court reports.

The court sees the special conditions as the only option for the man if he wants to await the trial in freedom. Otherwise, the court finds that the man should be remanded in custody. That had just been lifted by the court in The Hague, because “it is not important for the investigation that the man is detained for longer”. The court therefore disagrees.

The Public Prosecution Service also appealed against the decision to release the man. The public prosecutor does agree to this if the man adheres to the special conditions.

The driver hit a dike on the Zuidzijde in the South Holland village of Nieuw-Beijerland on August 27. He then drove into a neighborhood party. Six adults were killed. Among them was a heavily pregnant woman, bringing the death toll to seven.

Australia worries about publication of data stolen in cyber attack

Weather in El Salto today: the forecast for Tuesday, September 27, 2022