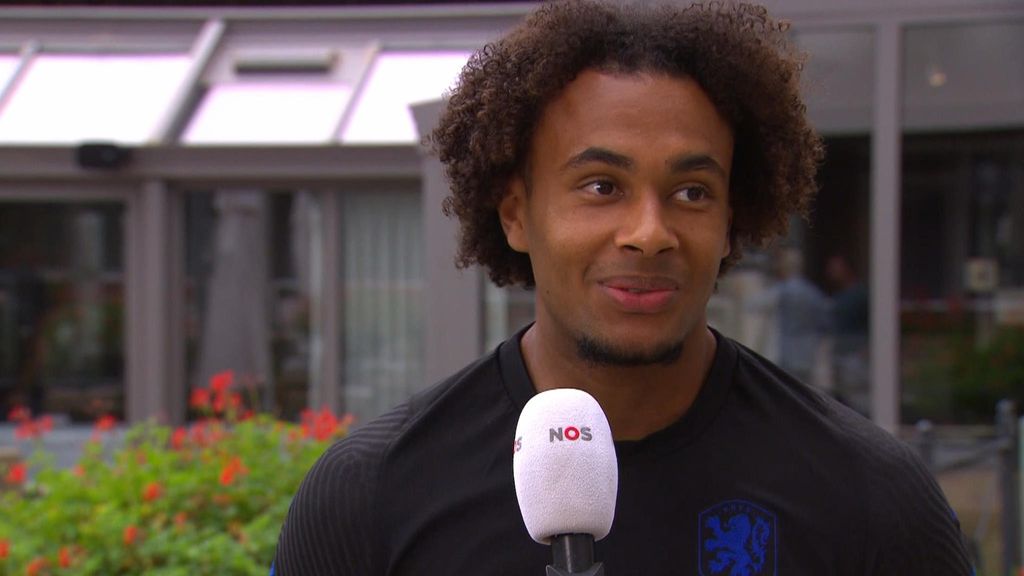 Does anyone have a tip for a nice apartment in Bologna? Then report to Jong Oranje striker Joshua Zirkzee. He has been in an AirBnB for three weeks and is still looking for his own place. “I’m settled in the team, but I’m still looking for a good place to sleep.”

It always takes some getting used to, a bit of scanning for a football player after a transfer. A new club in a new country also means a new life. When the national selections come together for the first time in a new season, that is also a topic of conversation.

Zirkzee, one of the routines at the Dutch Juniors, has just closed a chapter of his football life. For good, it seems. Bologna transfers 8.5 million euros to Bayern Munich for the 21-year-old attacker, who was under contract with the German top club for five years.

“I found it difficult to leave Bayern,” Zirkzee admits. “I mean: I grew up there. I came there as a 16-year-old. So it was like: wow, I’m really leaving. A strange feeling.”

The team of Erwin van de Looi will practice tonight in Leuven against Young Belgium (kick-off at 6.30 pm). On Tuesday, Young Romania is the opponent in Cluj. Next summer, the Dutch Juniors will play the European Championship in Romania and Georgia.

Although he mainly plays his matches in the youth and in the second team of Bayern, Zirkzee is experiencing great things in Bavaria. He made his debut in the first team at the age of eighteen and eventually scored four times in seventeen matches.

He wins just about all the prizes that can be won in Germany and is part of the selection that will win the Champions League final against Paris Saint-Germain in 2020 in an empty stadium due to the corona virus. But there is never a real view of a base place.

World toppers for themselves

And that’s not surprising, with a gun like Robert Lewandowski (who will be top scorer that year in the Bundesliga, the national cup and the Champions League) in front of him. After his departure, the next world top player will come to Bayern with Sadio Mane from Liverpool.

For the talent Zirkzee, who was previously loaned to Parma and Anderlecht, it is clear: “My time to go had come.” For his career it is better to go to another club with more prospects of a permanent base place. 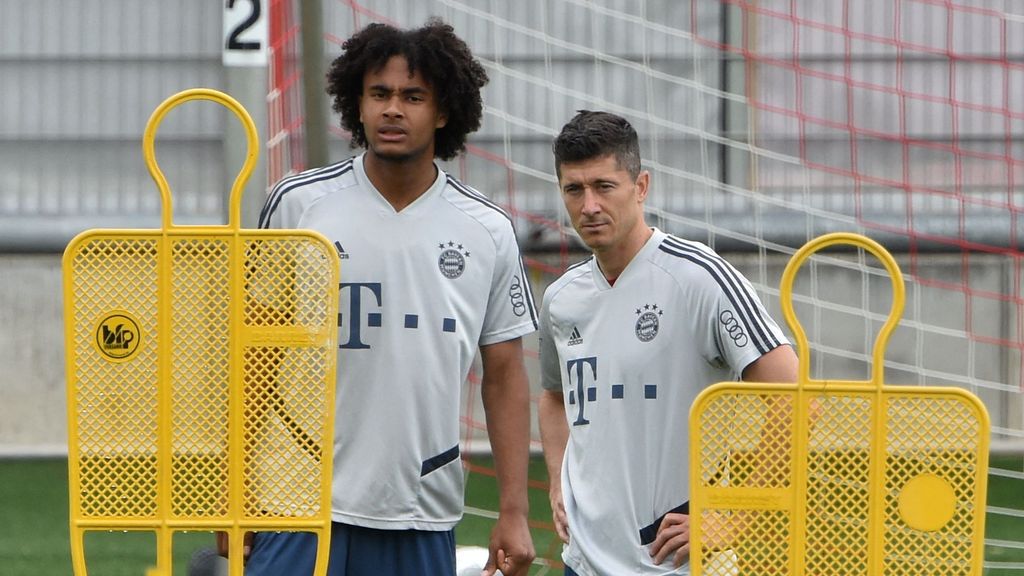 With Robert Lewandowski at Bayern training

Although Ajax and PSV are mentioned as the next clubs in the media, this never becomes concrete. A return to Belgium, where he impresses with 15 goals and 8 assists in 32 league matches, is an option.

But the former youth player of ADO Den Haag and Feyenoord opts for a return to Italy, where the Schiedammer gets acquainted again with Jerdy Schouten, the midfielder from Hellevoetsluis. “I used to sit with him in a van to the club with ADO in the youth.”

One-time Orange international Schouten, who recently signed a greatly improved contract until 2026 after interest from other clubs, is a great man at Bologna. “He does have a voice in the dressing room, yes,” says Zirkzee. “And Jerdy is fluent in Italian, so he helps me translate sentences I don’t quite understand yet.”

To be fair, it has not yet been the season they had hoped for at Bologna. The team has only won once after seven matches and is sixteenth. 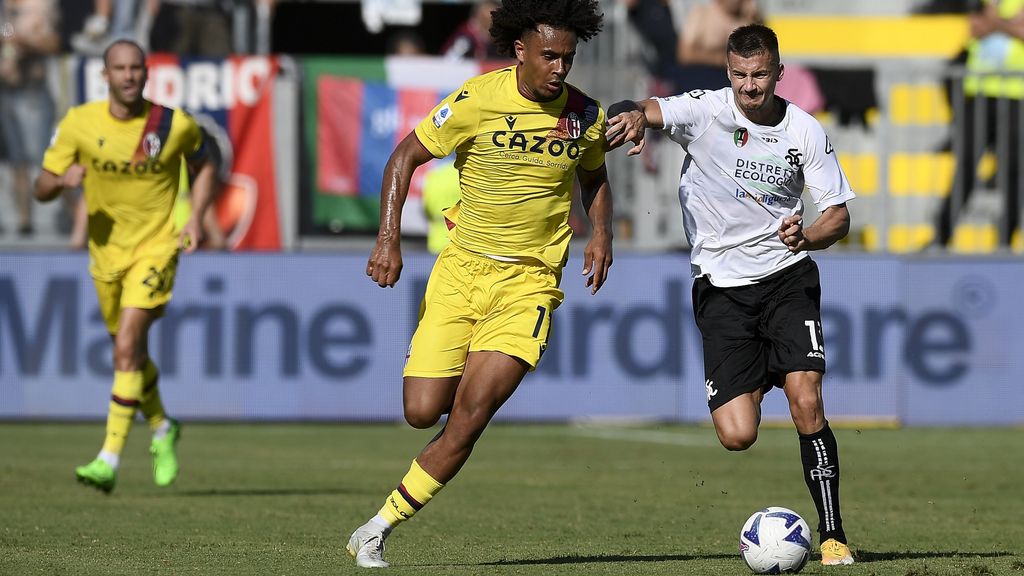 While playing for Bologna in Serie A

Also personally, Zirkzee has not had a strong start, with only two substitutes in Serie A. “It’s not quite how I planned it yet,” he admits.

Trainer Sinisa Mihajlovic, who is struggling with acute leukemia, is fired and replaced by former FC Barcelona player Thiago Motta. “He has a different view and I have yet to see if that is right for me.”

Unlike its predecessor, Motta plays with one forward instead of two strikers. “He chooses to play with Marko Arnautovic (ex-FC Twente). I hope to get more minutes in the future.” 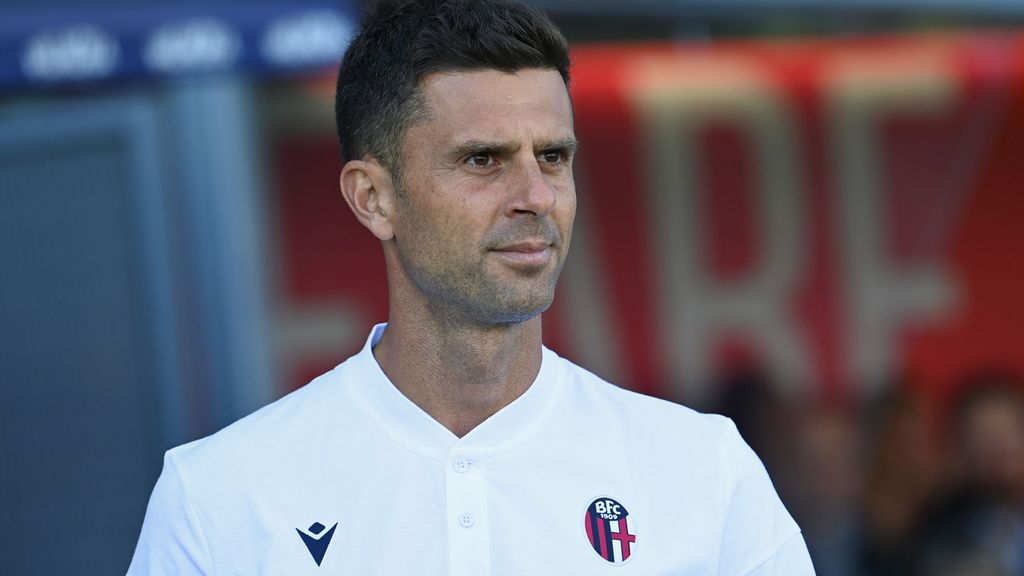 Thiago Motta, the new trainer of Zirkzee at Bologna

Zirkzee has not yet had a conversation with Motta about the lack of opportunities. “He has other things on his mind now,” Zirkzee knows. “I just have a lot of fun, get to know nice people, but I just have to be patient in terms of playing time.”

At Bayern, they will keep a close eye on Zirkzee’s development. The Germans have a buy-back clause in the contract.

“I believe he still has a few steps to take,” technical director Hasan Salihamidzic told German television. “But we made it so that we can always buy it back.”

It makes Zirkzee dream. “It’s nice to keep that in mind. Bayern is my club and it always will be. If I can eventually come back to Bayern, that’s the best thing.”