What was not seen of Leo Ponzio’s farewell: from the intimacy of the “mini concentration” to the most surprising looks and the occurrence of D’Alessandro 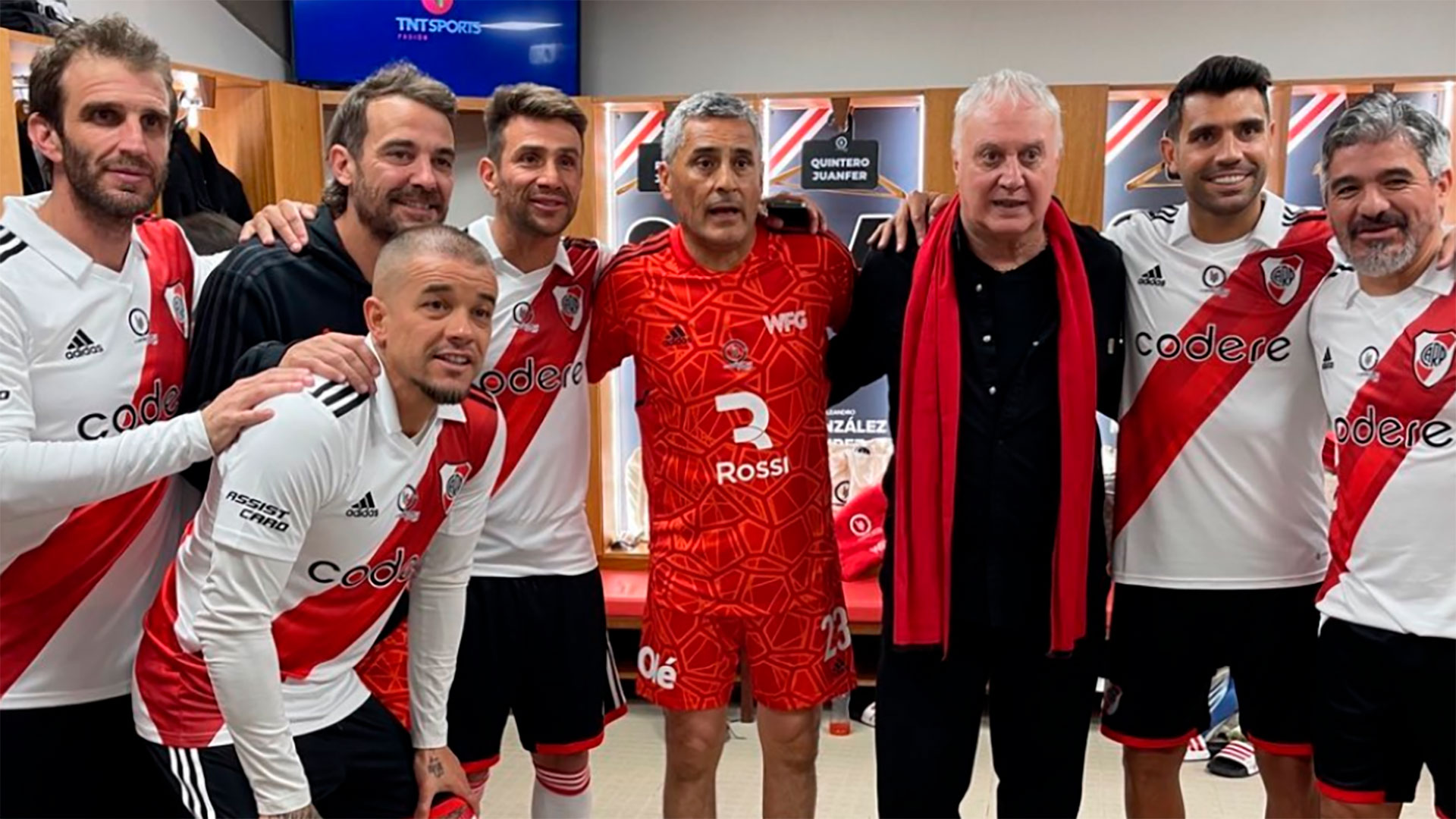 Leonardo Ponzio will not forget what happened tonight at the Monumental, a stage that used to be like his second home for several years. The central midfielder, who retired from professional activity as the most successful footballer in River Plate’s rich history, had his well-deserved tribute match before a large group of millionaire supporters.

“These are emotions that are difficult to explain. I hope everyone can enjoy it. We’ve been here a couple of hours all together. I want to thank you for coming. I hope to enjoy it”, commented the native of Las Rosas to Infobae in the prelude to the event. And then he added: “It’s inexplicable about the people. I thank you from the bottom of my heart. Hopefully we can put on a nice show.” 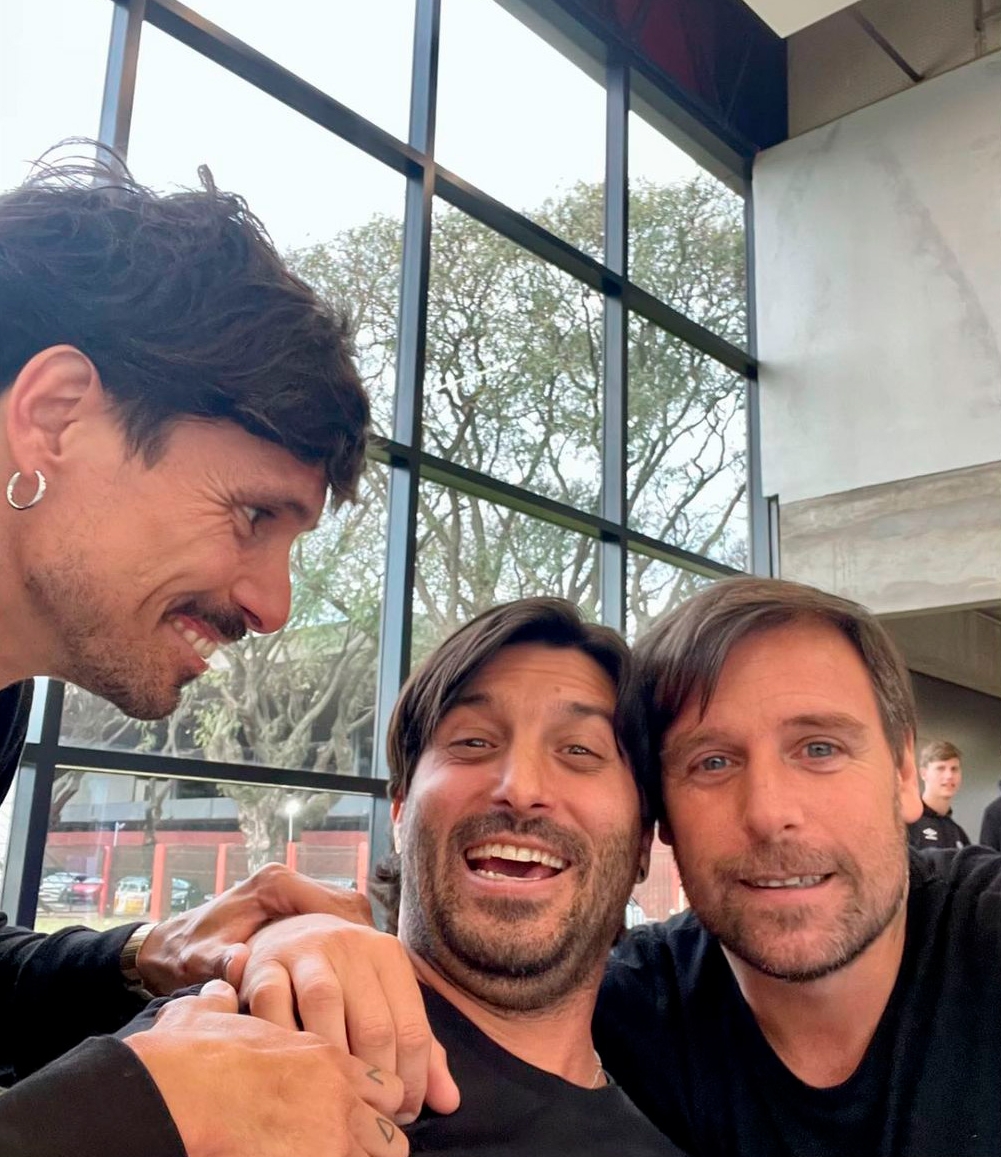 Like the night before, in which the bulk of the friends and party guests shared a dinner in the countryside with the folk singer Chaqueño Palavecino as the main attraction (several were encouraged to sing Amor Salvaje, one of the main hits of the artist from Salta), they got back together.

On this occasion the meeting point was one of the Monumental quinchos. Most of the former athletes with a past in the red band were present at the barbecue, in which there was no lack of jokes, laughter and anecdotes. 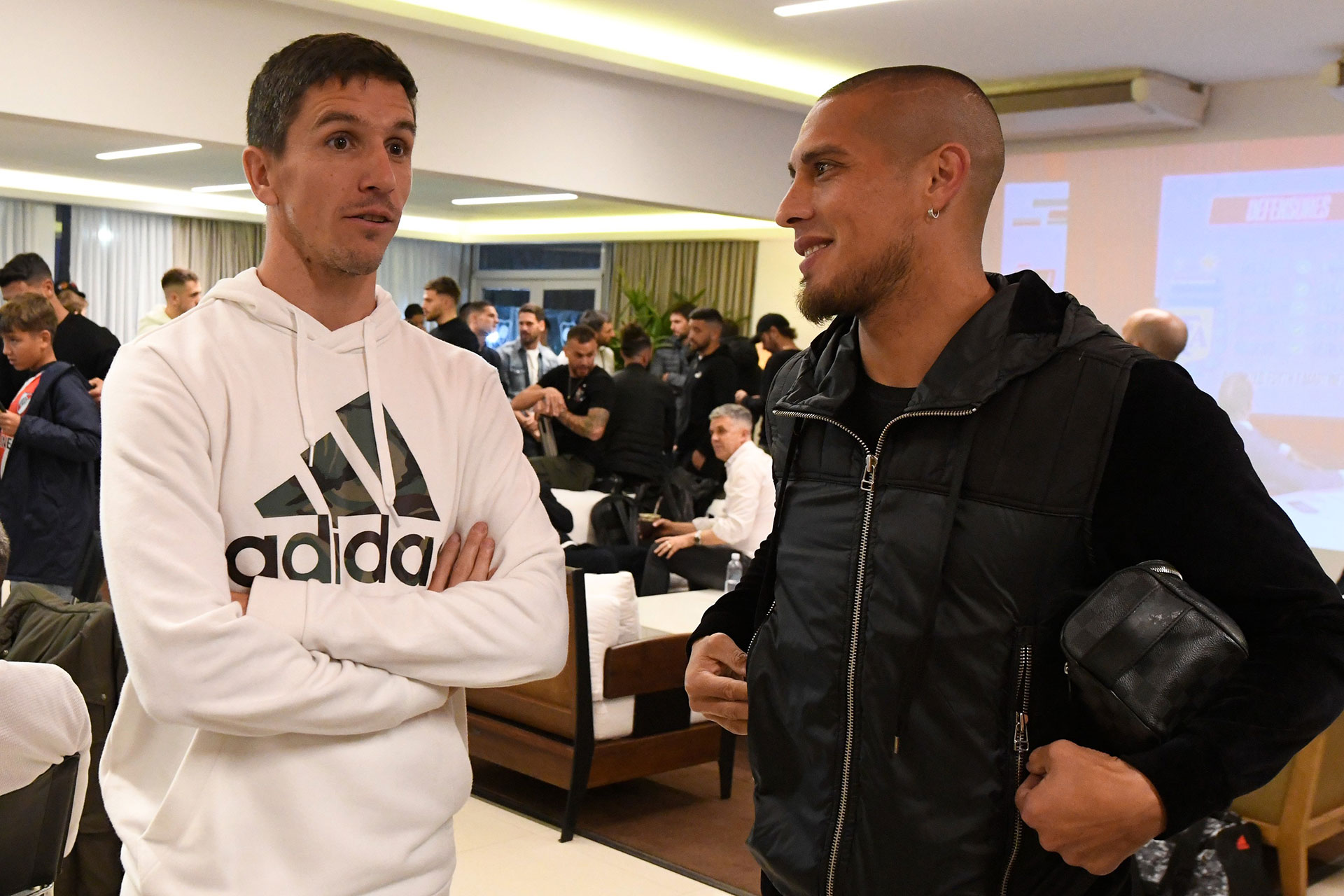 Nacho and Maidana, in the “mini rally” prior to the match (Twitter/River Plate)

To continue remembering old times, the bulk of the group did a kind of “mini concentration” inside the Antonio Vespucio Liberti, waiting at 9:00 p.m., when former referee Pablo Lunati gave the initial whistle. In the middle of the afternoon, the members of the current squad joined in, as they trained for the transcendental match against Talleres de Córdoba for the Professional League in the morning at the River Camp.

Several of the youngest did not hide their fanaticism for River Plate and did not miss the opportunity to take a souvenir, such as Pablo Solari with the Burrito Ortega or Lucas Beltrán with the little bull Cavenaghi and him Beto Alonso, who surprised locals and strangers with his look with a red scarf. The gray beret of the pigheaded D’Alessandro, the blue jacket of the Loco Opened the classic style rockstar of Tano Vella. 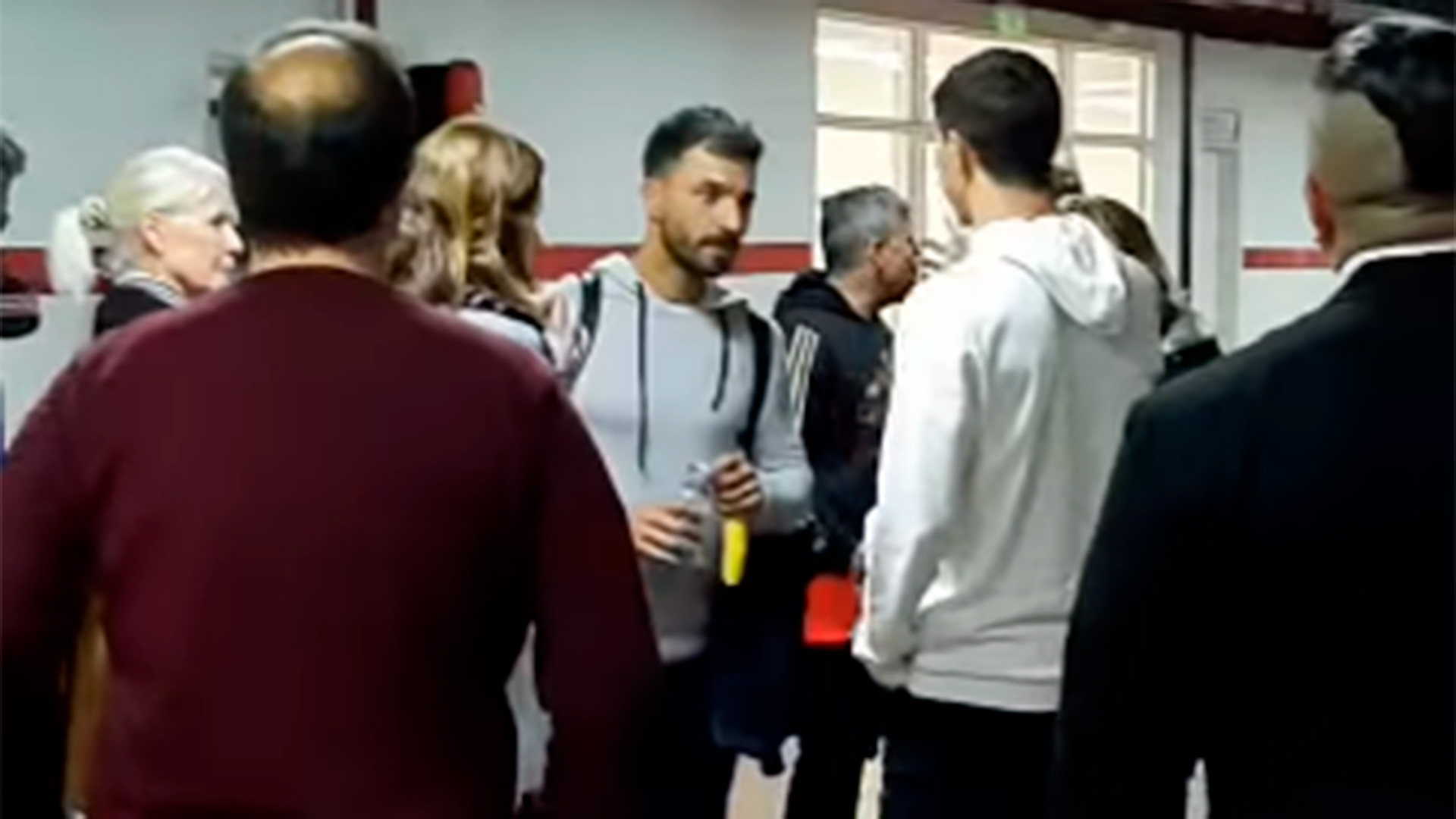 Sococco and Nacho Fernández had an affectionate dialogue with Sandra Rossi

One of the most loved was another emblem, such as Joni Maidana. Several of the party’s ball boys stopped him to ask for a photo. The youngest also began to rub shoulders when seeing Andrés D’Alessandro live and direct.

One of the first encounters that took place was that of Rodolfo D’Onofrio with Matías Biscay, Marcelo Gallardo’s right-hand man. The two talked for a long time, until Muñeco’s aide-de-camp went into the locker room. In the middle he went to affectionately greet Lucas Pratto, who was carrying his orange boots in his hand. 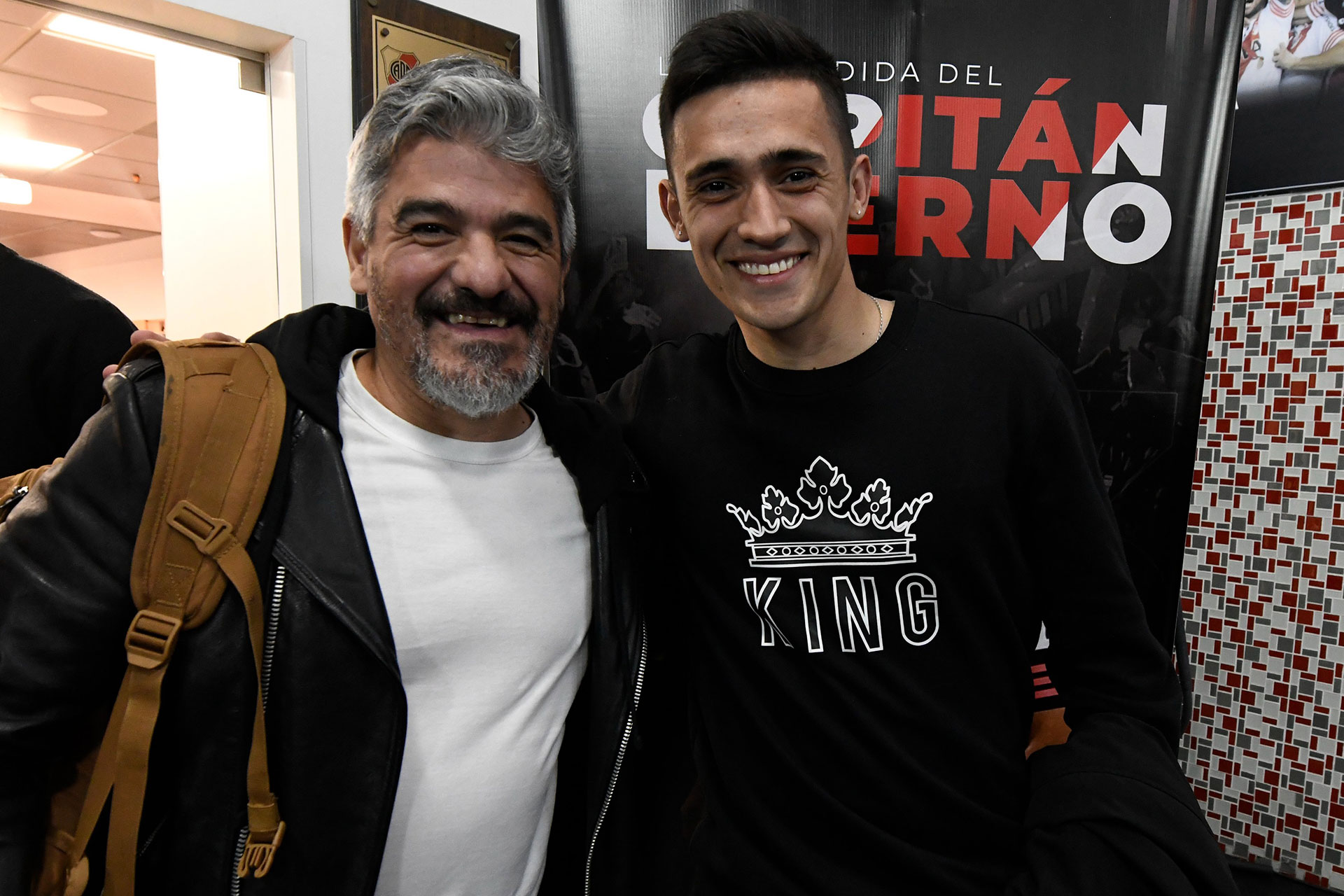 Pablo Solari with one of his idols: the Burrito Ortega (Twitter/River Plate)

“I haven’t seen you for a long time!” Was the phrase released by Sandra Rossi, a doctor specializing in sports medicine and neuroscience, upon seeing Fernando Cavenaghi, who entered the room hugging and laughing with the Colombian Juan Fernando Quintero.

Rossi is one of the most loved people within the squad, something that was evidenced by the affectionate hugs and gestures of affection that the footballers had (both now and before), when passing through the inner ring of the Antonio Vespucio Liberti. Con Nacho Fernández, current Atlético Mineiro footballer (Will River make an attempt to repatriate him in the next transfer market?), spoke for several minutes. Then Nacho Scocco joined the gathering. A few meters away, Leo Ponzio was taking pictures and signing autographs with the group of privileged people who were part of the meet and greet.

Later, former goalkeeper Julio Chiarini or Paulo Rosales joined in, laughing with actor Peter Alfonso. The Burrito and the Chorus Domínguez also passed by knocking down walls, as a prelude to what would be seen on the field of play. 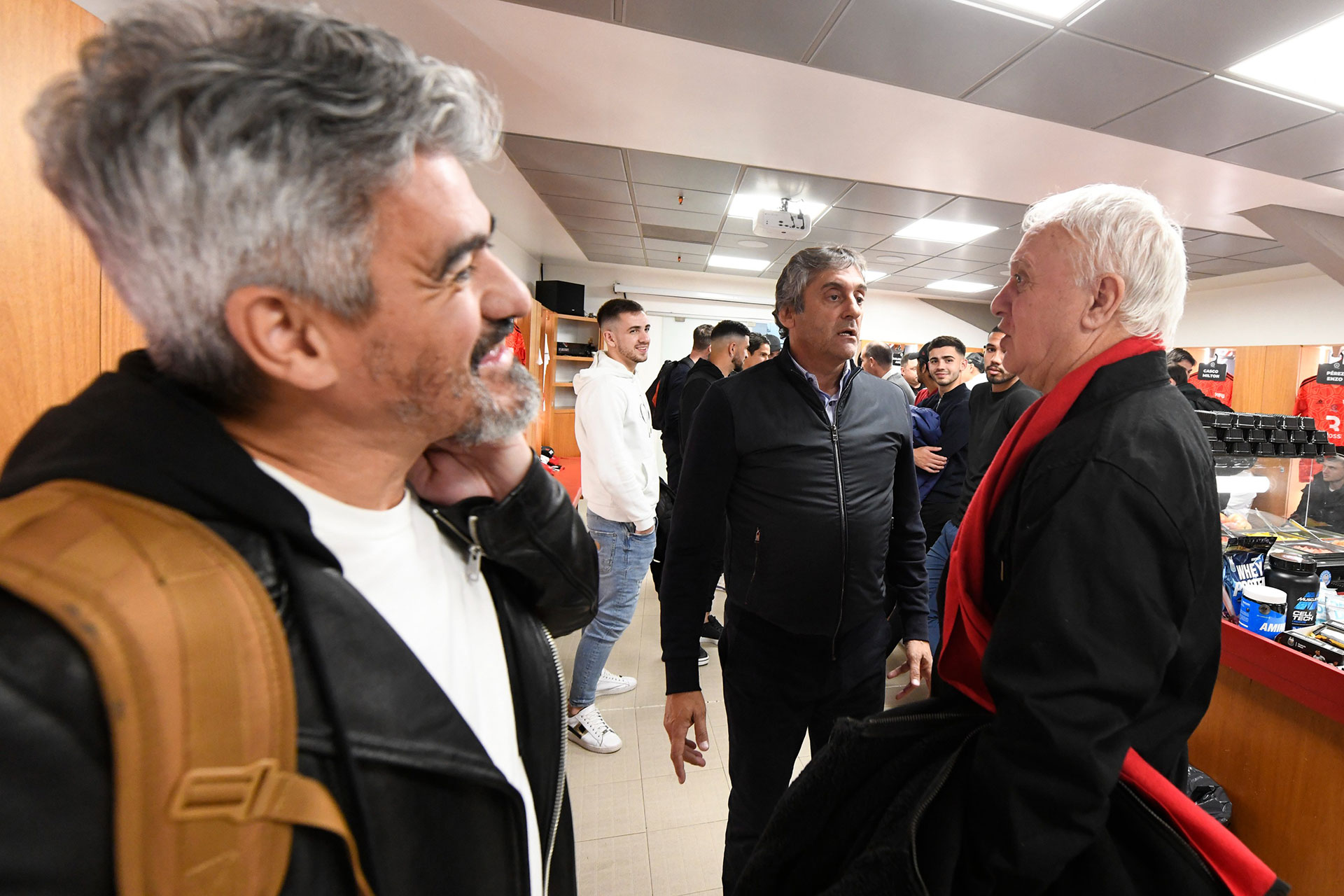 “He is a person who had a very marked leadership. And he will stay for everyone, ”Enzo Francescoli released before the press. The Uruguayan was one of the protagonists of a funny talk that took place in the concentration. “I asked Enzo and Hernán how old they are,” he released. pigheaded. “Time passes and they are glories of the club. You look back and say ‘I was in the locker room with these monsters, who marked the way for me. That’s good. We talk about history,” he added.

Then Maxi Rodríguez joined (they formed a great bond at Newell’s and the youth team of the National Team) along with Key Farías, current member of the technical body of the Reserve. August Fernandez, Paco Gerlo, the Sugar Aguirre, the Loncho Ferrari and the former Zaragoza gang: the brothers Diego and Gabriel Milito. 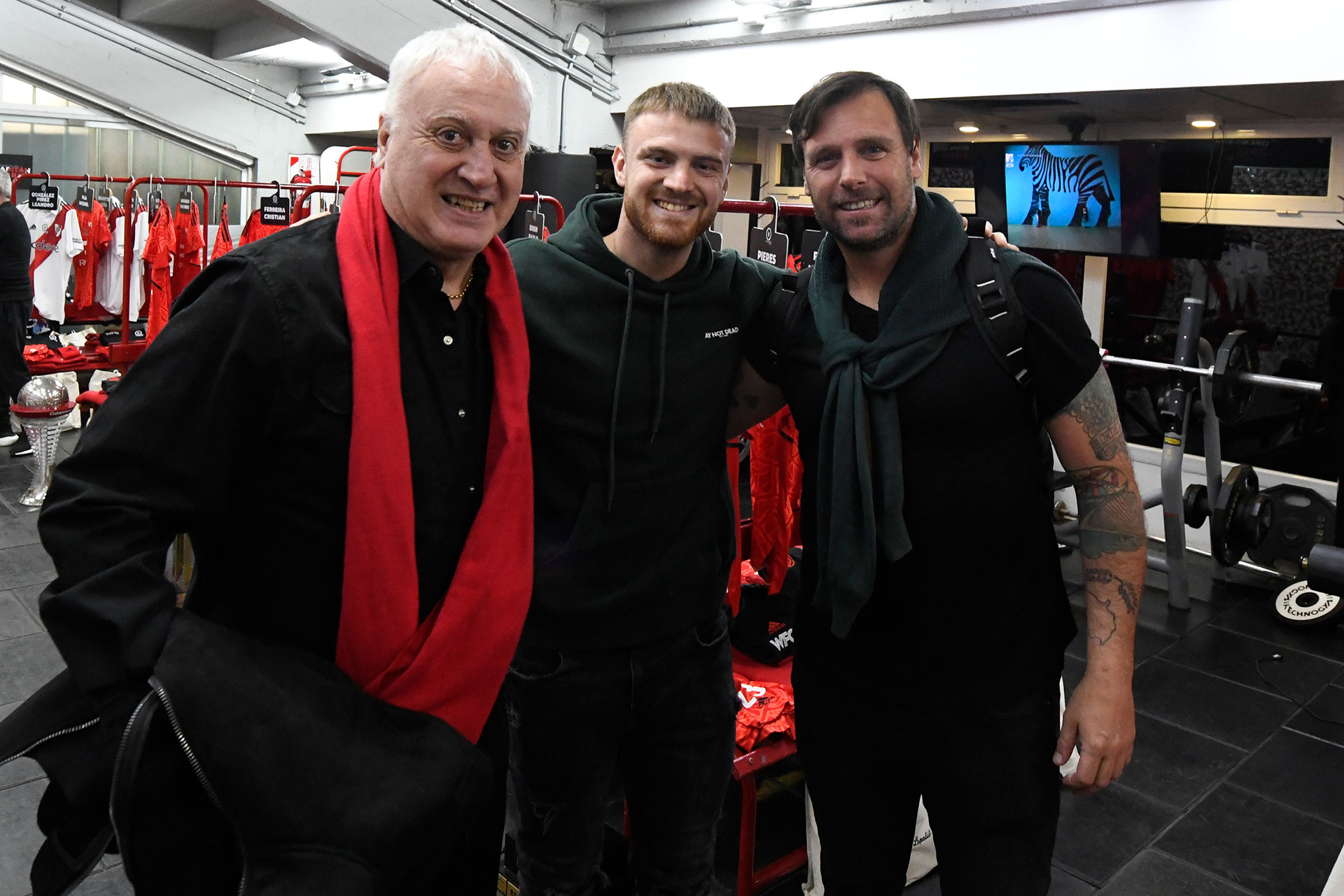 The leaders also came to greet them, with Jorge Brito and Matías Patanian at the head. Máximo Gallardo, Napoleon’s father wanted to go unnoticed, but the boys from the lower ones quickly pounced on him to greet him.

“I am happy for him. He never lowered his arms, not even in difficult moments. He is a working guy. He adapted to the River world, which is not for everyone. You have to feel it. I am grateful for how he always treated me and for what he is to River. He is in the showcase of the greats. He was a calm captain, different from the character of others, like me. He is very positive, he arrives, he worries, he asks. He looks at everyone, the old and the young. He is a defender of the group. He is a highly respected person and he preached by example: training, playing all the games, even with pain and respecting others, ”D’Alesandro closed, making clear the importance Leo Ponzio had during his stay at River Plate.

The night culminated in pure emotion. Soledad Pastoruti sang in the center of the stage and a video with her relatives and “La banda del 23” (her friends from the town, who were the whole game with a flag next to one of the substitute sides) made her shed several tears .

Although today Ponzio, who will give an intimate talk on October 6 at the Teatro Ópera, said goodbye to his audience at the Monumental (At minute 23 of each half, people greeted him with a sign with the legend “Eternal Captain”), everything could be a see you later, since both the Eternal Captain and the leadership have the desire that he join the structure of the club to occupy a position within the technical secretariat.

The impressive reception given to Leonardo Ponzio at his farewell and the emotion in front of a packed Monumental: “This surpassed everything”River Plate began the construction of the new parking lot in the Monumental that will have space for more than a thousand vehiclesLeo Ponzio, in depth: the glory before Boca, the title that he took from Real Madrid and why he continues to bet on the country Leo Ponzio’s business after his retirement from football and the role he would like to play in River