“Lisbon on the Seine”, a mini Parisian White Night at Portuguese time 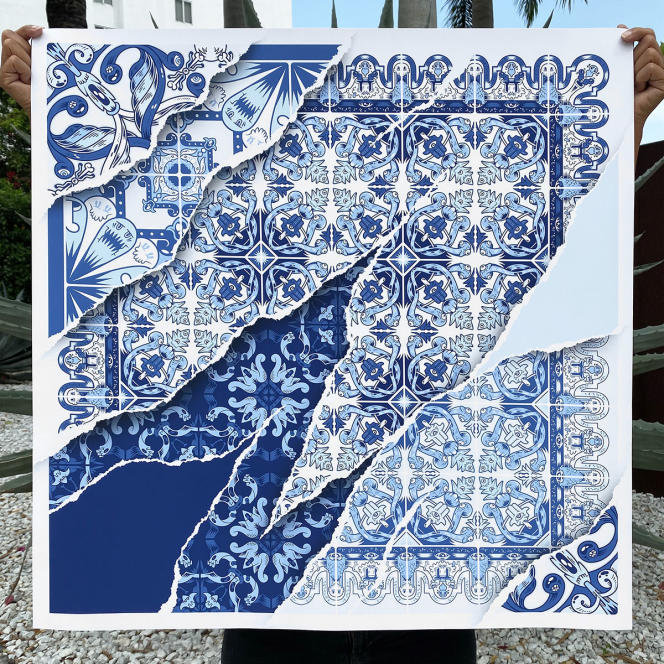 It was to be one of the launch parties for the France-Portugal Season, in February, but yet another wave of Covid had temporarily got the better of the project. “Lisbon sur Seine”, a nocturnal artistic wandering, has been rescheduled for this Friday, September 23. Supported by the Paris City Hall, this course resembles a mini-Nuit blanche before its time (it will take place on Saturday October 1), orchestrated by Laurence de Magalhaes − new co-director of the Théâtre du Rond-Point and at the head of the festival Paris l’été, with his accomplice Stéphane Ricordel − and producer Antonio Camara Manuel, for an overview of the young Portuguese scene in four stages.

From 6 p.m., the public will be able to discover in front of the Climate Academy, a place opened a year ago in the town hall of the 4th arrondissement (following the consolidation of the 1st, 2nd, 3rd and 4th arrondissements into a single sector, Paris Center ), a monumental work by Bordalo II. This street-artist with a committed approach creates sculptures representing wild animals from the plastic waste that floods the streets of cities. These will be scraps gleaned from Lisbon forming a 3-metre-high 3D seahorse, echoing the presence of the polluted ocean in the Portuguese capital. 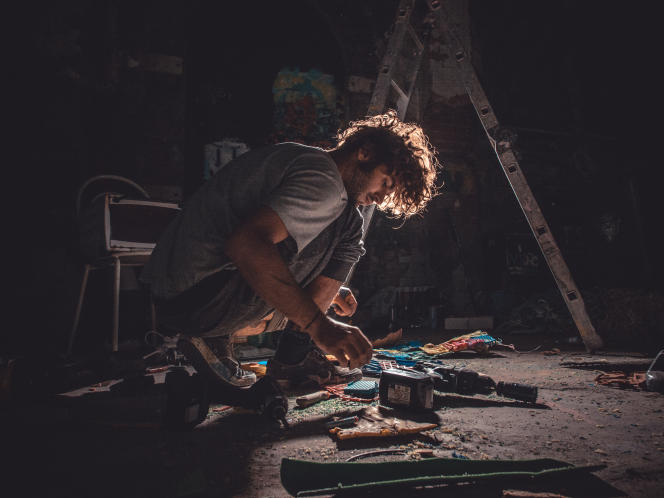 The street artist Bordalo II in his studio in Lisbon (Portugal), in 2018. MIGUEL PORTELINHA

Once night falls (from 8:30 p.m.), the oceanic influence will go up to the facade of the Town Hall with, among the projected videos, the spectacular Wave, by Salomé Lamas, in motion and life-size , therefore at the scale of the building. This is a portrait of the famous wave of Nazaré, the biggest surfed in the world. This video will be filmed with two others: one by street artist Diogo Machado, known as “Add Fuel”, who plays in his frescoes with the classic motif of azulejos, these traditional Portuguese tiles − they will redraw the architecture of the building here in mapping −, and another by photographer Augusto Brazio, with street shots of Lisbon youth. The ensemble will be accompanied by DJ Branko, who will mix until 10 p.m.

The sea, always, will embark the Carreau du Temple in a performance-installation presented by the choreographer and former prima ballerina Olga Roriz. Pas d’agitation will be interpreted continuously from 7 p.m. to 8:30 p.m. As for the rest, it will be a tailor-made creation.

Read also: Article reserved for our subscribers Eva Nguyen Binh, President of the French Institute: “The cultural influence of France is not an achievement”

At the European House of Photography, the auditorium will host the screening of Lisbon, a perfect heart, a video combining drawing and images on the history of Lisbon, with music, by Antonio Jorge Gonçalves (from 8 p.m. to midnight, sessions of thirty minutes).

You have 17.35% of this article left to read. The following is for subscribers only.