After various acts of violence in Lakes of Moreno, Jalisco, This Wednesday afternoon Moisés Torres Ramírez presented his resignation to the position of the Public Security Police Station of that municipality located in the Altos Norte Region.

Who enters as commissioner of Public Security of Lagos de Moreno is Isaiah Dominguez Ortizwho served in 2019 as General Commissioner of the Guadalajara Police. 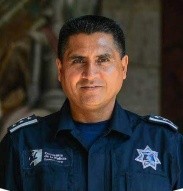 He was also Commissioner of the Single Metropolitan Force and advisor on public security in the Guadalajara Metropolitan Area.

About, Mayor Tecutli Gomez He said: “We will continue to work in coordination with Federal and State authorities to build an environment of peace and tranquility.”

The acts of violence

This year there have been several shootings in that municipality and at least three attacks on elements of the Police.

On March 10 in Lagos de Moreno a soldier was injured after a confrontation against armed civilians in the community of Betulia. Recently, On the night of September 12, local police officers were shot in the Las Capuchinas neighborhood in the municipality of the Altos Norte region, with a balance of three officers injured, including the deputy director, Felipe Reyes and two of his escorts, the first in serious health condition.
September 15th, two other uniformed men were shot at gunmen also belonging to an organized crime group in the area; the balance was two wounded police officers and one injured person.
On Monday, September 19, in another shooting, three more policemen were wounded by bullets after they were intercepted on the road to Unión de San Antonio. That same day, municipal police officers demonstrated at the presidency to demand the resignation of Moisés Torres.
On September 7, 2019, the then director of the Police of that municipality, Vany Rodríguez Méndez, was assassinated along with his two escorts.