Lagarde makes it clear that the ECB rate hike will continue 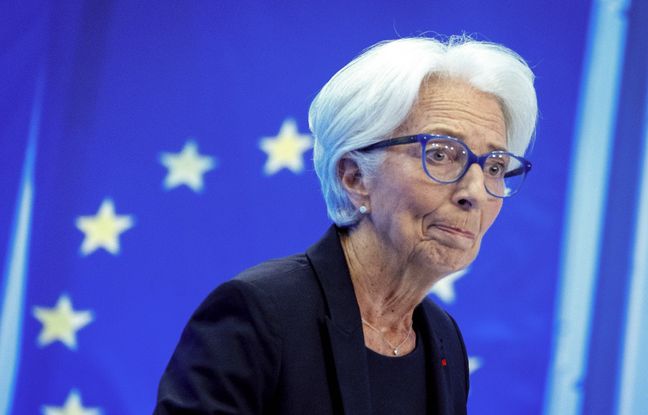 Against inflation, Christine Lagarde insisted on recalling the key role of an active monetary policy. The European Central Bank (ECB), currently engaged in monetary tightening, must do everything to prevent the effects of price increases from “embedding” permanently, its president said on Tuesday.

In an economic environment deeply disrupted by the effects of Covid-19 and the conflict in Ukraine, “monetary policy cannot prevent the first effects of many of these shocks. But she can guarantee that they do not become encrusted. This is what the ECB does,” said Christine Lagarde in a speech in Frankfurt.

“We will not let this phase of high inflation influence economic behavior and create a lasting inflation problem”, added the president of the institution, acknowledging that the rise in prices in the euro zone “has proven to be a lot higher and more persistent than initially expected.

According to her, the shocks of the pandemic and the Russian invasion of Ukraine “have caused turning points in our economic environment”, which will have lingering consequences. Cutting gas supplies “has become a major structural change that will have ramifications for several years,” she said, with fossil fuel prices “likely to be higher for some time.” “This could have an impact on industrial production in Europe, affecting both supply and prices.”

Similarly, “globalization is changing,” due to the disruption created by the pandemic that has upended international supply chains. “While I doubt we are seeing de-globalization, companies are likely to hold higher inventories permanently and shorten their supply chains,” the former minister explained.

A historic rate hike in September

Another consequence according to her: a possible “relocation of energy-intensive production” outside the euro zone. These structural supply-side changes “are an important factor that makes above-target inflation persist for longer,” she admitted.

Inflation reached a record 9.1% in the euro zone in August. In September, the ECB took a historic step by suddenly raising its key rates by 75 basis points, unheard of since the entry into force of the euro. The ECB intends to pursue this policy. “Adjusting the pace of rate hikes is a key tool to signal our determination to fulfill our mandate and contain inflation expectations. And going faster at the start of the upward cycle clearly reflects our commitment to bring inflation back to our medium-term target, “around 2%, assured Christine Lagarde.