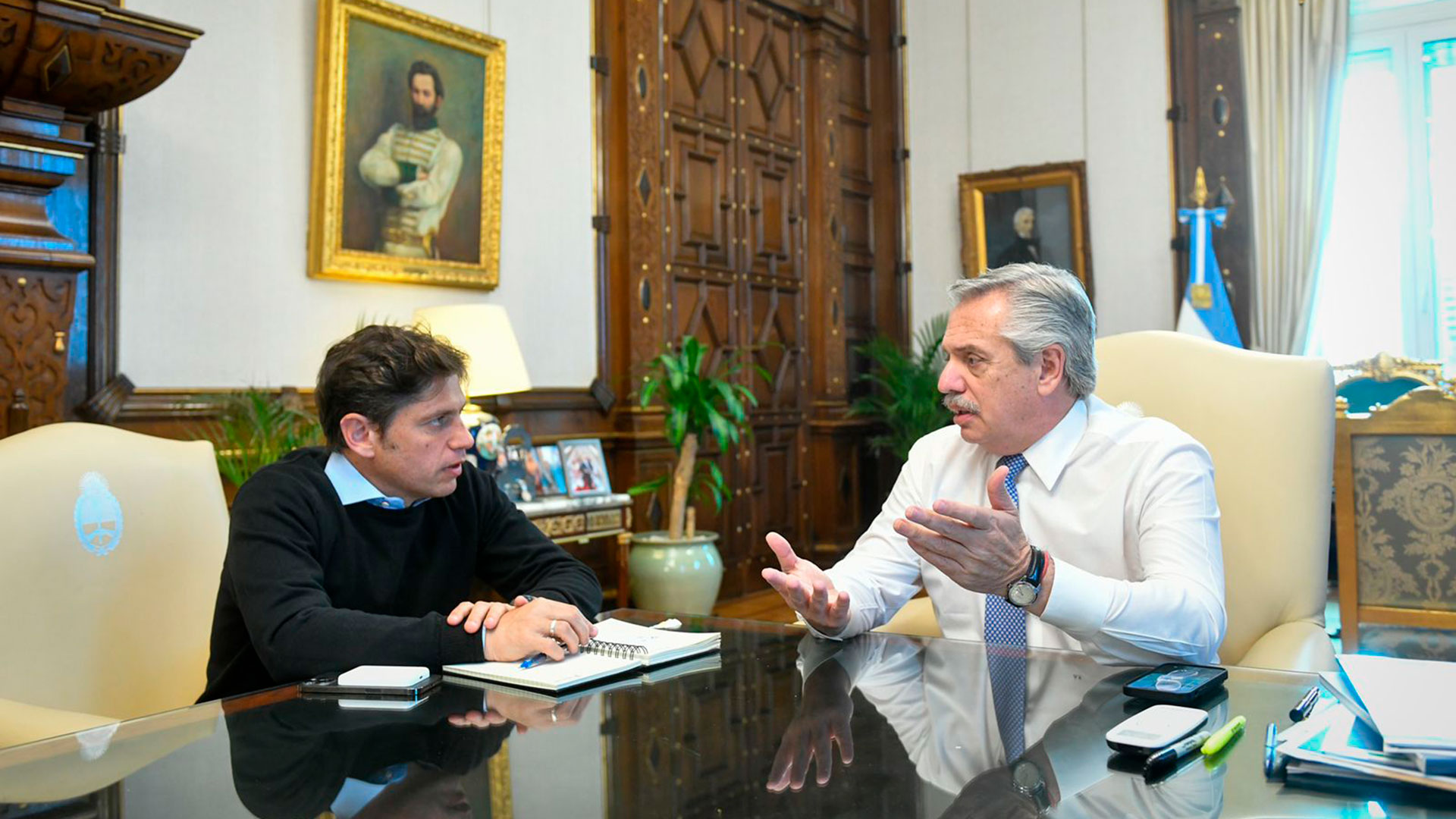 The governor of the province of Buenos Aires, Axel Kicillof, referred this Tuesday to the possibility of suspending the PASO -as some provinces have already defined- for next year’s elections with the justification of the expense they imply. The native of Buenos Aires distanced himself from the discussion, but warned that “it is a debate that is taking place.” The province has the particularity of having a law that makes it explicit that the primaries to elect governor, deputies, senators, mayors and councilors are held on the same day as the national primaries, with which -in principle- it is chained to what happens in The congress.

“We are attached to the national government, to the national PASO by our PASO law, which is a debate that has to take place in the National Congress, because there we would see what would happen if the Congress decides to suspend the PASO of this year or whatever he decides”, assured the governor this Tuesday from La Plata after leading the signing of an agreement between UNICEF, the ‘province and municipalities to strengthen actions aimed at guaranteeing the rights of children and adolescents.

In a press conference, the president admitted that “several governors raised it in their provinces”, but that “it cannot be an independent decision of the province”. It happens that in Buenos Aires, the Simultaneous and Compulsory Open Primaries are governed by Law 14086, which in its article 2 states that “When the National Executive Branch calls for national primary elections, for President and Vice President and/or MERCOSUR Parliamentarians and/or o National and/or Conventional Constituent Deputies, the date of the mandatory and simultaneous provincial primary elections will be held on the same day”. In fact, that was the point that former Buenos Aires governor María Eugenia Vidal tried -unsuccessfully- to modify when between the end of 2018 and the beginning of 2019 an attempt was made to “unhook” the provincial election from the national one. At that time, progress was made with the formation of a Bicameral that held some meetings to evaluate the feasibility of the modification. However, the decision of the then national government left the strategy of the Buenos Aires administration without room for maneuver. 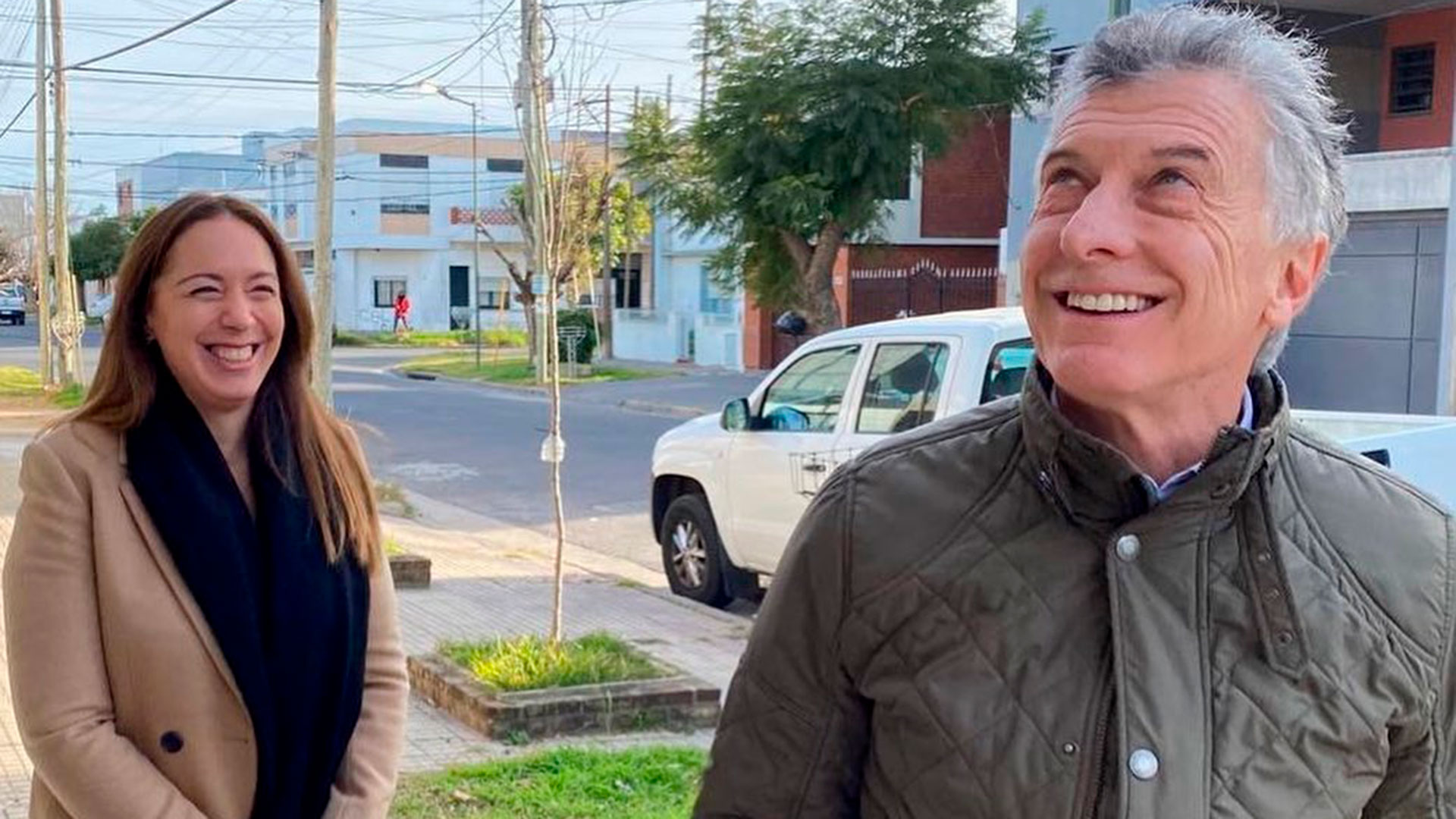 Mauricio Macri and María Eugenia Vidal during a tour of the city of La Plata, months ago

Currently, in Salta and San Juan it has already been defined that there will be no Primaries. The province of Buenos Aires is key due to its own electoral weight: in the 2019 elections, it represented 37% of the national register. In the ruling party, behind closed doors, there is a line that considers the suspension of the Primaries acceptable for these elections. The official argument has to do with “expenditure”, which they imply. Behind this argument appear sectors of the Renovating Front that, in line with the fiscal balance plan promoted by the Nation’s Minister of Economy and leader of the political space, Sergio Massa, suggest that this is not the time for such spending. On Monday, the mayor of San Vicente, from the Frente de Todos, Nicolás Mantegazza, said that “what is being considered is that, in this economic context, there is a possibility of simplifying the electoral cost to reduce costs”, and that it will be complied with what the government defines.

Meanwhile, the governor also recalled that former president Mauricio Macri spoke on the subject: “I saw a statement by Macri that said he was totally against PASO. Obviously, I believe that it is a debate that is taking place and must be listened to in detail”, he said and again delegated the final responsibility to Congress. “It is not a spring of the province, I hope that our national deputies in Congress will do it,” he said.

The existence of its own law for the Primaries outlines two scenarios for the Buenos Aires Executive. One is to adhere to the norm that the definition must go through Congress and another -more cumbersome, but possible- is to try to modify the PASO provincial law and enable the suspension in this way through the Buenos Aires Legislature that would cover the election. of candidates for governor, lieutenant governor, provincial deputies and senators, mayors, councilors and school counselors. In the Legislature the numbers are adjusted for the ruling party, especially in the Buenos Aires Senate where there are 23 official seats and 23 opposition seats and, inevitably, the FdT needs the opposition that has already warned that it is against it, at least legislatively. However, executive pressure from mayors can speed up the process. The memory of the modification to the indefinite reelection law that ended up being sealed in an agreement between the pro-government and opposition community leaders that was transferred to the Legislature and ended up being voted on in the last session of last year is still fresh. 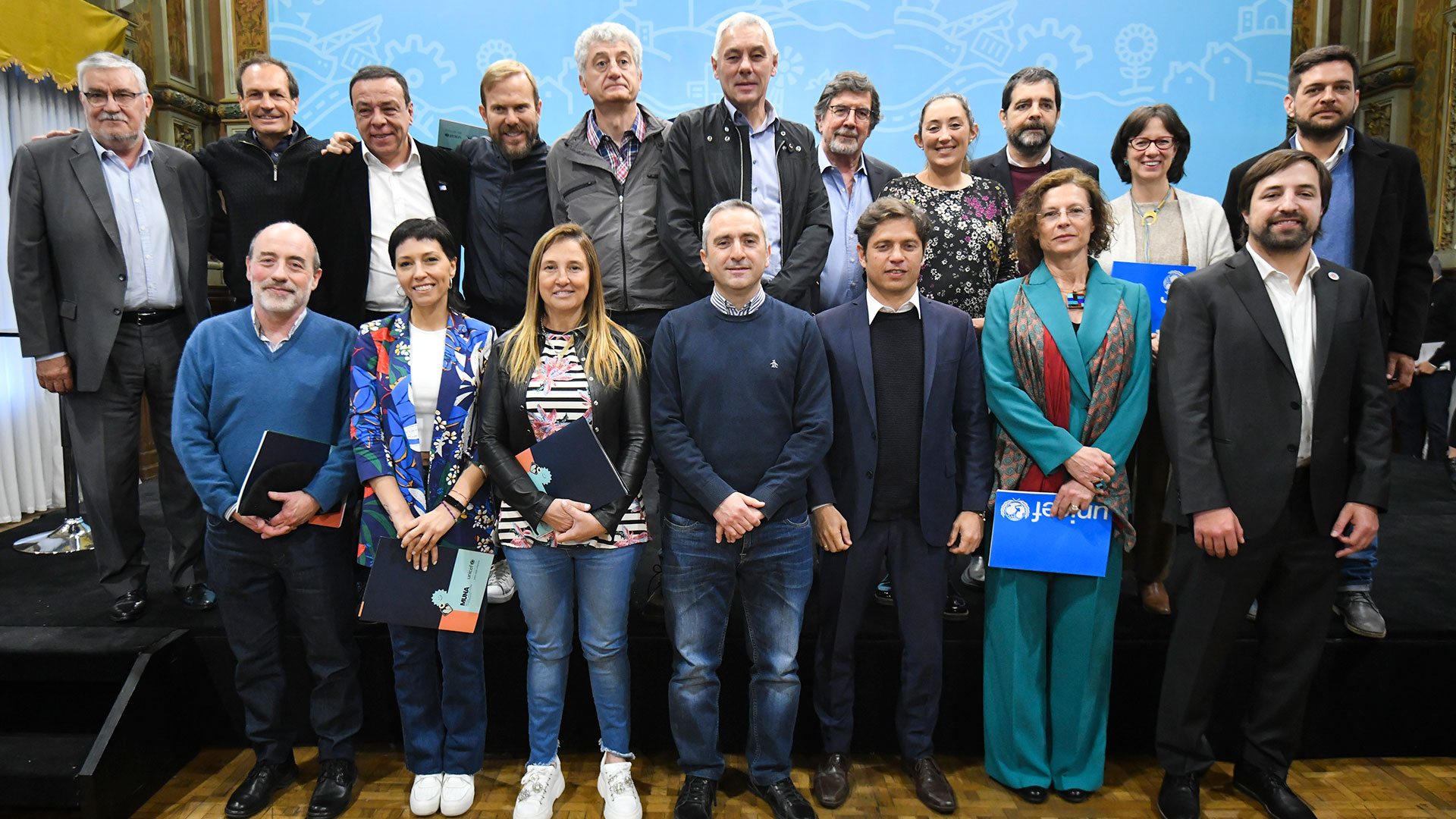 Kicillof together with Buenos Aires mayors this Tuesday when signing agreements with the UNICEF representative in Argentina, Luisa Brumana

Little by little, the issue is settling in the political leadership. The mayors of the province -official and opposition- of Buenos Aires do not like “too much” the realization of the Primaries and especially for an executive election. But in some municipalities there are sectors of the Frente de Todos that cling to the mechanism, as is the case, for example, in La Matanza. Infobae had reported the intention of the provincial deputy and leader of the Evita Movement, Patricia Cubría, to request the PASO to compete against the structure of the mayor of that district -the one with the greatest electoral weight in the Province- Fernando Espinoza.

The national government denied through the Spokesperson, Gabriela Cerruti, that they are thinking of suspending the PASO for next year’s elections. However, there are some sectors of the ruling party that are encouraged to put it up for debate “There are many districts that go to PASO with a single ballot, as if it were a large survey. What sense does it make to put an entire electoral structure for that? It is estimated (which demands) $20 billion from the budget. Wouldn’t another system be more intelligent to settle candidacies?” remarked, for example, the national deputy of the Frente de Todos for the province of Buenos Aires, Victoria Tolosa Paz, days ago.

Victoria Tolosa Paz gave her opinion on a possible suspension of the PASOs: “It is healthy to debate the electoral system”Patricia Bullrich: “I hope they do not eliminate the PASOs, what is happening in the provinces is terrible”The mistrust about the possibility of suspending the PASOs is became a new obstacle for the dialogue between the Government and the opposition