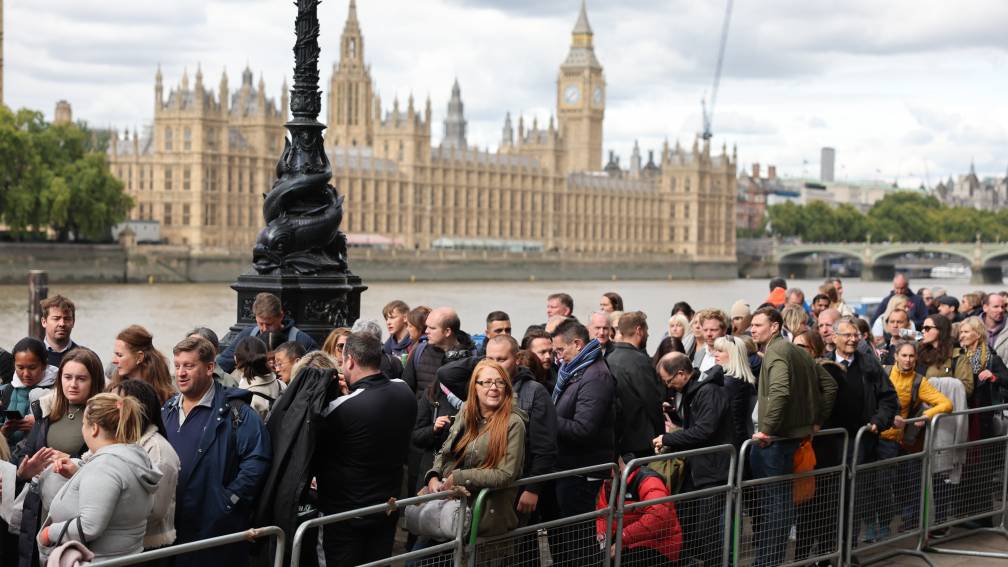 At least 250,000 people said goodbye to her in the days before Queen Elizabeth’s funeral by walking past her coffin, the British government estimates. The coffin sat in Westminster Hall in central London for five days. Prior to that, it was estimated that 750,000 people would like to walk past it.

Even though the interest was less than expected, there was a line up to 8 kilometers long and the waiting time was up to 16 hours. The authorities therefore closed the line for a number of hours on Friday.

The last time the public could say goodbye to someone in this way was in 1965 when War Prime Minister Winston Churchill had died. Then went there in three days more than 320,000 people pass the coffin.

Yesterday morning, the last people walked past the Queen’s coffin, followed by the funeral of the longest-serving British monarch. It has not yet been revealed how many people watched the ceremony, on the streets of London, along the route to Windsor and on television, tablet or mobile.

Also check out this summary of the funeral:

Missed, or see again? This was Elizabeth II’s funeral

The Queen’s burial in Windsor also brought an end to the period of national mourning in the United Kingdom. The flags in the country are no longer at half-mast. Only on the houses of the royal family they are not yet in top.

Political life also continues. The new Prime Minister Truss can finally get started with her plans to financially support the British. On Friday, her Finance Minister Kwarteng is expected to announce what the government has in store for tax cuts.