Marcelo Ebrard: “selfie” is taken at the funeral of Queen Elizabeth II; “in terrible taste”, they criticize it

The chancellor Marcelo Ebrard and his wife Rosalinda Bueso attend the funeral of Queen Elizabeth II, where the secretary of External relationships published a photograph that generated criticism on social networks.

Some users they described as bad taste and even as a political campaign the photo of Ebrard and his wife during the state funeral of the monarch. 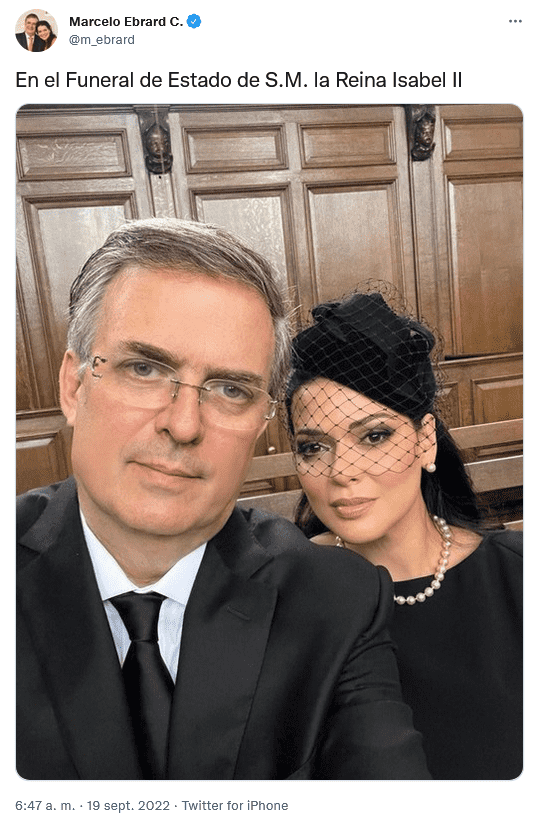 “In terrible taste that the chancellor takes selfies at a funeral. It doesn’t matter if it’s from the state or from the neighbor.”

Marcelo Ebrard attended the burning chapel of the queen Isabel ll in London, where he was also in charge of signing his majesty’s book of condolences.

Through Twitter, the Foreign Secretary shared images and videos of his day in London.