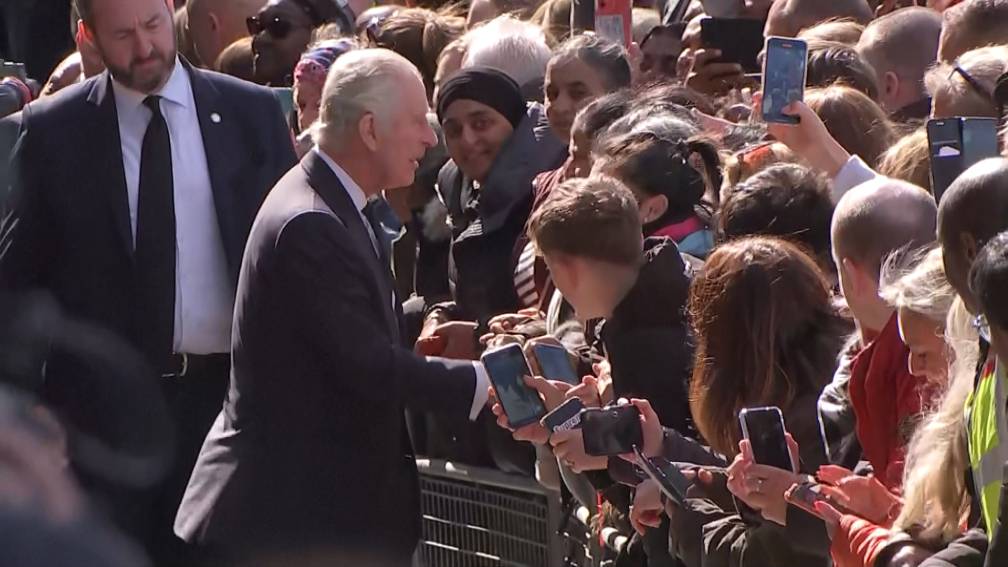 Britain’s King Charles and his eldest son, Prince William, have made a surprise visit to the mile-long queue for Queen Elizabeth’s coffin.

Many people had queued for many hours to pass the coffin in Westminster Hall and say goodbye to the Queen.

The crowd greeted the two royals with applause and cheers:

The king and prince spoke to people in line and shook hands. “I hope you’re not too frozen,” the king said to one of the thousands waiting. A security guard called on people to put the phone down, “shake hands and enjoy the moment”.

After a short while the king left by car, but Prince William stayed a little longer to talk to people. People in line said they made lifelong friends in that line. A woman told the prince that she was “happy to wait”.

Today the waiting time increased to 4 pm. Last night volunteers handed out blankets and tea as the temperature dropped to 6 degrees. The Dutchman Clemens Bouwens, who is an entrepreneur in the funeral industry, was also in line. He walked with us since 2 a.m. (local time) last night and was able to enter around 3:30 p.m. (local time). In the meantime, he also spoke briefly with the king and the prince.

“It’s very impressive to be here,” he says. “It is unbelievable to witness how the country is coping with the loss of the Queen and Mother of the Nation.” Bouwens met the Queen once at the funeral of the Belgian King Baudouin. “That made such an impression. She is a woman of enormous stature in the world. That she was still involved in everything she did and in the Commonwealth at such an advanced age, that is unimaginable.”

Bouwens is very pleased with the British approach. “The atmosphere is very friendly and very disciplined. There are a lot of people who guide the route and people stick to that. There is a lot of peace, a lot of respect. And everyone has something like this: we want to respect the Queen in the stand in line.” Bouwens thinks that everything has been arranged, such as water taps and even spiritual support. “This has been prepared for years, down to the last detail.”

The fact that patience is needed to see the coffin is no problem for the Amsterdammer. “So much is happening. I believe we walked 20 kilometers. You see a lot of places in the city that you wouldn’t see otherwise.”

Tonight, Prince William and Elizabeth’s seven other grandchildren will stand by the coffin in Westminster Hall for 15 minutes. Both William and Prince Harry will come in military uniform, as King Charles has requested.