The former soccer player David Beckham was present in the long queue to see the funeral chapel of Queen Elizabeth II in London.

Beckham, a friend of the royal family and who was present at the wedding of Enrique and Meghan in 2018, joined the thousands of people present in line that runs along the banks of the River Thames and gives access to see the queen’s coffin, which rests in Westminster Hall.

According to British media, Beckham was about twelve hours in line.

In a black suit and cap, the former footballer for the English national team, Real Madrid and Manchester United, has shared “sandwiches”, “lemon sherbet” and “doughnuts” with the rest of the people in line. 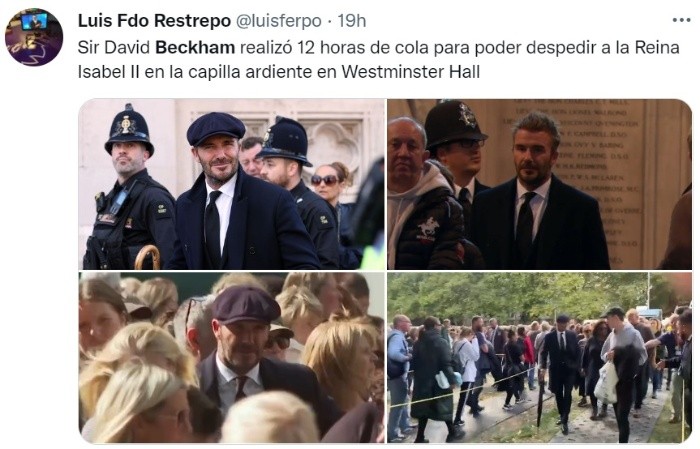 People, spotting Beckham in the crowd, photos have been taken with the former soccer player, interrupting the normal progress of the line.

Beckham hasn’t been the only celebrity to join the queue these days and former Prime Minister Theresa May was also among the first to pay her respects to the queen after waiting her turn like the rest.