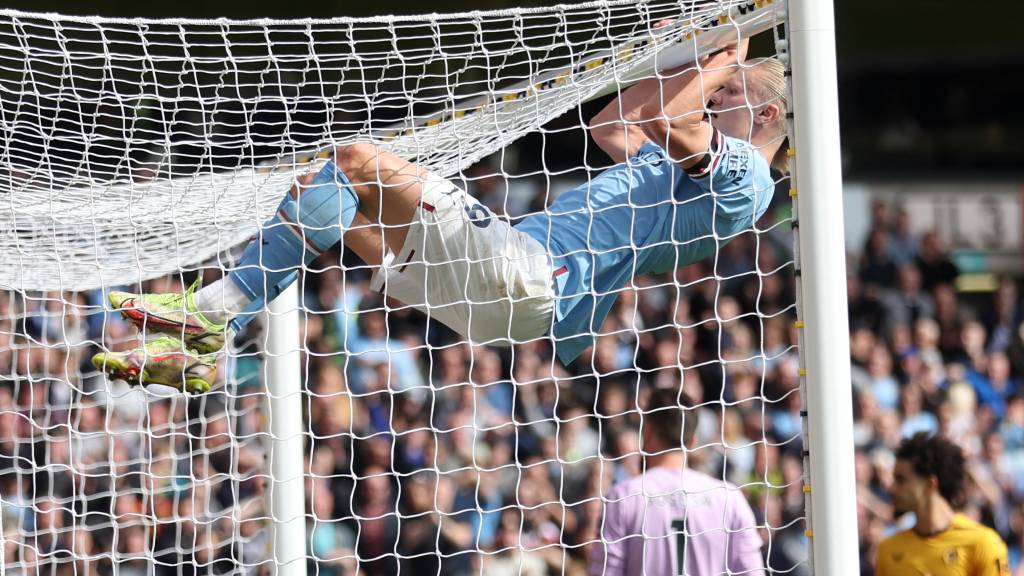 Manchester City have won 3-0 on a visit to Wolverhampton Wanderers. Erling Haaland scored for the eleventh time in his first seven Premier League games. City tops the rankings after the win.

Wolves – City actually only lasted 33 minutes. When central defender Nathan Collins flew in with a Van Gaal-like karate kick at Jack Grealish and was shown red, the game was over.

Pep Guardiola’s team was already leading 2-0 at that time and the home team also had no grip on City’s smooth positional play with eleven men. 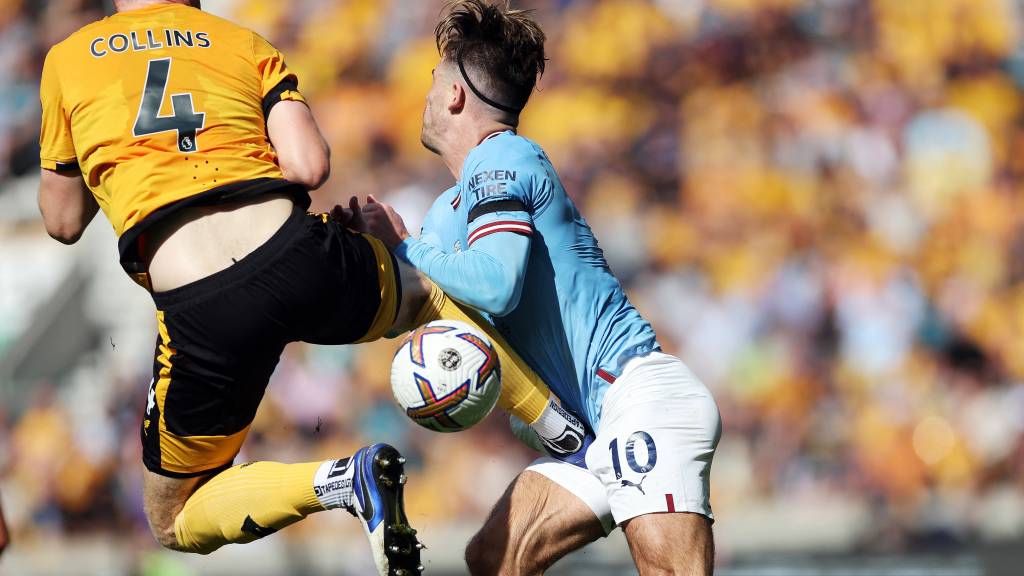 Nathan Collins’ wild offense on Jack Grealish, who seemed to get away unscathed

The visitors took the lead after about forty seconds. After sloppy ball loss in Wolves’ midfield, City switched quickly. After a smart heel by João Cancelo, Kevin de Bruyne was able to pass, after which Grealish tapped the ball in.

Shortly afterwards, Haaland shook off Wolves defender Jonny Castro and passed goalkeeper José Sá with a shovel in the right corner. Haaland has scored 14 goals in the 10 games he played this season.

In the 33rd minute followed Collins’ foolish foul, which could have seriously injured Grealish with his action. The damage seemed to be not too bad for the latter.

Applause for The Queen

The second half could therefore also have been written off. Wolves tried to make something of it on bet, but with his second assist of the afternoon, De Bruyne enabled Phil Foden to make the 3-0.

The fact that the game was stopped in the seventieth minute for a massive applause for Queen Elizabeth II gave the second half some cachet. After the 3-0, City quietly tapped the game out. 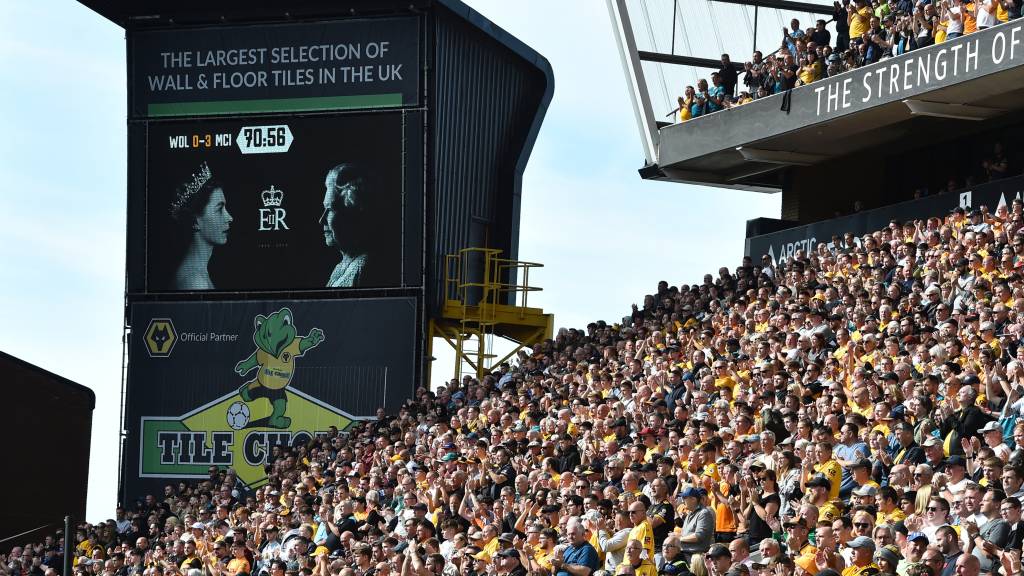 Wolverhampton Wanderers have had a very bad start to the Premier League season. The team full of Portuguese players has only won once and dangles at the bottom of the ranking.

If West Ham United beat Everton on Sunday, Wolves will be below the relegation zone.

Good start to the season Tottenham

Tottenham Hotspur continues to perform well in the Premier League. The team of coach Antonio Conte won the home game against Leicester City (6-2) and is equal in points with leader Manchester City. Arsenal could pass City and Spurs on Sunday if it beats Brentford.

Son Heung-Min was only allowed to fill in for Tottenham Hotspur after an hour. Still, the South Korean striker scored three times. Harry Kane, Eric Dier and Rodrigo Bentancur also scored for the home side.

Youri Tielemans and James Maddison scored for Leicester City. Tielemans converted a penalty in the fifth minute and Maddison made it 2-2. 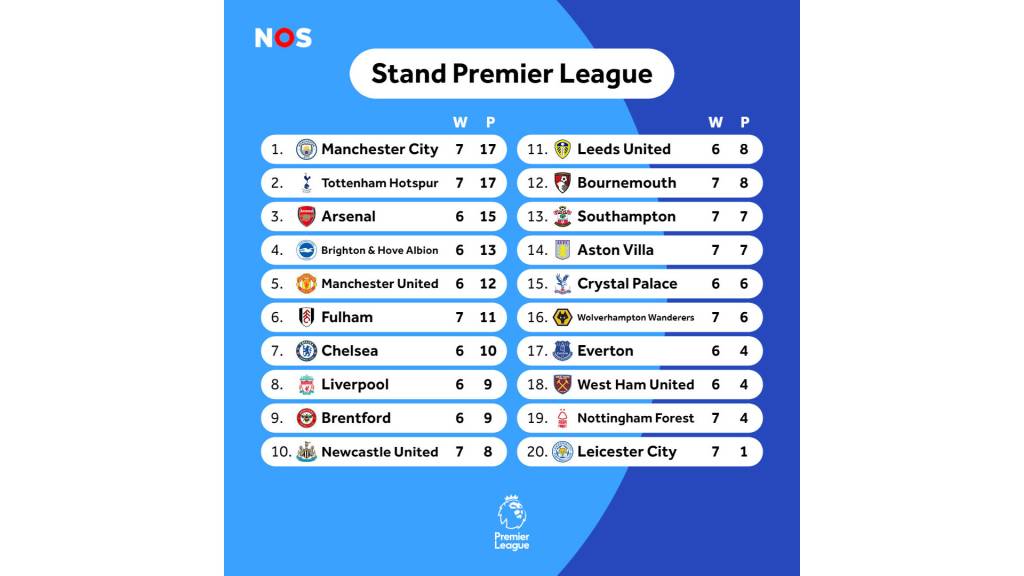